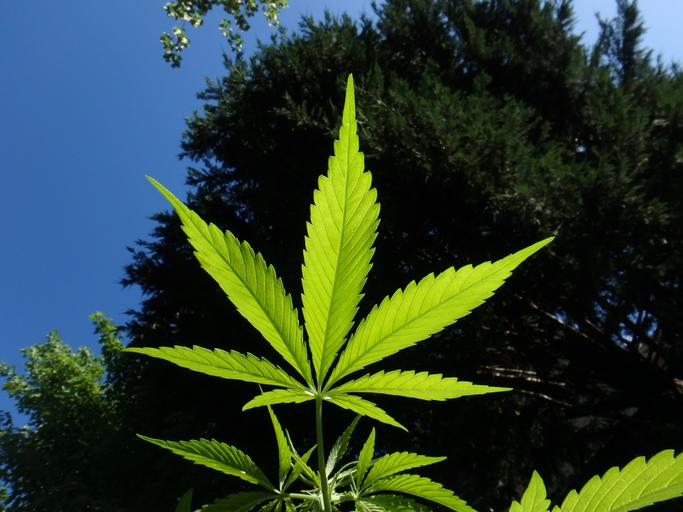 Arizona voters appeared poised to approve the legalization of recreational marijuana, with the Associated Press declaring the measure had passed Tuesday night. The measure also would allow certain marijuana offenders to seek to have their criminal records expunged.

Proposition 207 would give adults 21 and older the right to possess an ounce of marijuana, although smoking it in public is forbidden. Money raised through an excise tax on sales will fund law enforcement and community colleges.

As of 9:45 p.m. Tuesday, the “yes” vote had a solid lead, but results are unofficial, with the majority of precincts yet to report.

The last attempt, Proposition 205, failed in 2016, with 51% opposed. Arizona voters legalized medical marijuana in Arizona in 2010, allowing adults with qualifying conditions to purchase, grow and use marijuana.

Proposition 207  would place a 16% excise tax on marijuana sales to fund public programs; give people convicted of low-level marijuana offenses a chance to clear their records; and provide guidelines to restrict children’s exposure to marijuana.

However, the major opponent of the proposition says Proposition 207 only serves the marijuana industry and does not do enough to guarantee the safety of children and drivers.

Supporters say the excise tax, which would be levied in addition to the state’s 9% sales tax, would generate $300 million to underfunded needs: public safety, public health programs, roads and highways, and community colleges.

Arizonans for Health and Public Safety, the main opponent of Proposition 207 and campaign leader of No on 207, say on their website that the 16% tax cap does not consider the cost to the state. Their concern is that the state will pay more money than the marijuana industry earns.

“We will not be able to raise the tax to cover expenses,” said Cindy Dahlgren, spokesperson for No on 207.

Proposition 207 would allow those convicted of certain marijuana-related crimes to request an expungement of their record starting in July 2021.

“Arizona’s war on drugs has failed and Arizona’s laws are behind the rest of the country,” Pearson said.

Although illegal under federal law in the United States, 11 states have legalized recreational marijuana. This year, South Dakota, Montana and New Jersey are voting on legalizing marijuana as well. Additionally, Mississippi is voting on two competing measures to legalize cannabis for medical purposes.

According to Smart and Safe Arizona, the leader of the campaign, Proposition 207 provides those who were previously convicted of low-level marijuana charges to have a second chance at life.

“I think it is high time for our state and the rest of the country to stop ruining people’s lives over victimless crimes,” said Adam Trenk, who specializes in cannabis law at Rose Law Group.

Smart and Safe Arizona’s website says the state’s marijuana laws disproportionately affect low-income residents and people of color. It’s a felony to possess any amount of marijuana in Arizona.

Arizonans for Health and Public Safety’s website says the expungement requirements in Proposition 207 would mean people convicted of marijuana possession would be allowed to purchase guns, even though federal law prohibits this.

“If they wanted to decriminalize marijuana,” Dahlgren said, “they could have done it in one page, but Proposition 207 is 17 pages of self-serving changes to Arizona law.”

“I am married to a cop,” Pearson said, “and certainly my husband has better things to do than look at low-level marijuana possession as a felony.”

Proposition 207 would give the Department of Health Services the responsibility to regulate marijuana dispensaries. The proposition allocates millions of dollars annually for addiction treatments and other mental health issues related to drug use.

“Legalizing marijuana is safer than the black market,” Pearson said.

Proposition 207 would require all packaging of marijuana products, including edibles, to be childproof and labeled, and it would limit the level of THC – the psychoactive ingredient in marijuana – in edibles. In addition, the measure would ban advertising to children and the sale of items that resemble those widely sold to children, such as gummy bears.

Arizonans for Health and Public Safety’s website warns that children will be harmed if they gain access to marijuana, and will be exposed to marijuana advertising on all platforms under the proposition’s language.

Opponents also are concerned about an increase of impaired drivers on the road.

“The standard of impairment law is eliminated in Prop 207,” Dahlgren said. “It is not replaced with anything else, which will make it harder to prosecute for DUIs.”

The proposition says the odor of marijuana will not be enough to constitute suspicion except for instances involving a driver. At present, there is no test to determine levels of THC in drivers. The proposition says health labs will be given funds to produce a test for THC impairment levels.

“It’s a valid concern that we don’t want impaired drivers on the road,” said Trenk, who argued that legalizing marijuana also will normalize it, leading more people to use it more responsibly.

“I don’t see that concern as a reason to not pass this law,” Trenk said.

PrevPreviousProposition 208 ahead in early returns; would provide school funds that legislators have not
NextDeceit Propelled Marijuana Measure – A statement from AZHPS Chair, Lisa JamesNext