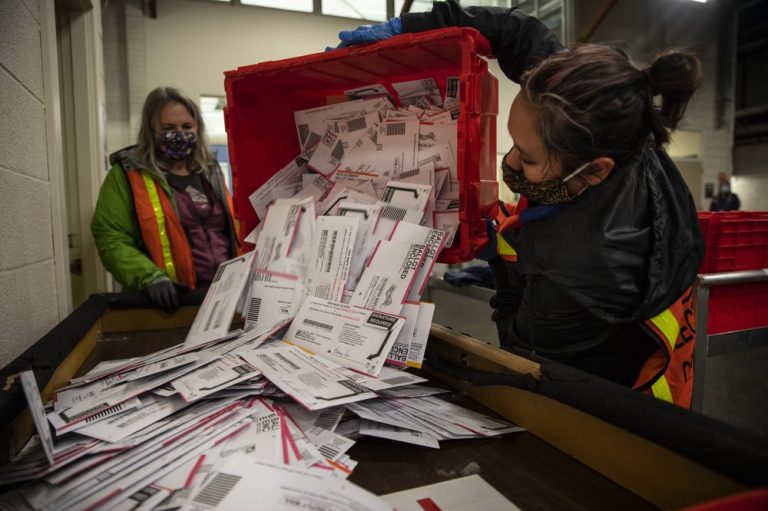 President Donald Trump carried Florida, the nation’s most prized battleground state, and he and Democrat Joe Biden were increasingly focused early Wednesday on the three Northern industrial states — Wisconsin, Michigan and Pennsylvania — that could prove crucial in determining who wins the White House.

Four years after Trump became the first Republican in a generation to capture that trio of states, they were again positioned to influence the direction of the presidential election. Trump kept several states, including Texas, Iowa and Ohio, where Biden had made a strong play in the final stages of the campaign.

The tight overall contest reflected a deeply polarized nation struggling to respond to the worst health crisis in more than a century, with millions of lost jobs, and a reckoning on racial injustice. Trump and Biden have spent the better part of this year in a heated fight over how to confront those challenges, and each has argued in apocalyptic terms that his opponent would set the country on a devastating path.

By early Wednesday, neither candidate had the 270 Electoral College votes needed to win.

Biden, briefly appearing in front of supporters in Delaware, urged patience, saying the election “ain’t over until every vote is counted, every ballot is counted.”

“It’s not my place or Donald Trump’s place to declare who’s won this election,” Biden said. “That’s the decision of the American people.”

Trump said he would make a statement.

Millions of voters braved their worries about the virus — and some long lines — to turn out in person, joining 102 million fellow Americans who voted days or weeks earlier, a record number that represented 73% of the total vote in the 2016 presidential election.

Early results in several key battleground states were in flux as election officials processed a historically large number of mail-in votes. Democrats typically outperform Republicans in mail voting, while the GOP looks to make up ground in Election Day turnout. That means the early margins between the candidates could be influenced by which type of votes — early or Election Day — were being reported by the states.

Biden won several states where Trump sought to compete, including New Hampshire and Minnesota. But Florida was the biggest, fiercely contested battleground on the map, with both campaigns battling over the 29 Electoral College votes that went to Trump.

The president adopted Florida as his new home state, wooed its Latino community, particularly Cuban-Americans, and held rallies there incessantly. For his part, Biden deployed his top surrogate — President Barack Obama — there twice in the campaign’s closing days and benefitted from a $100 million pledge in the state from Michael Bloomberg.

Control of the Senate was at stake, too: Democrats needed to net three seats if Biden captured the White House to gain control of all of Washington for the first time in a decade. But Republicans maintained several seats that were considered vulnerable, including in Iowa, Texas and Kansas.

As presidential results came in, the nation braced for an outcome that might not be known for days. 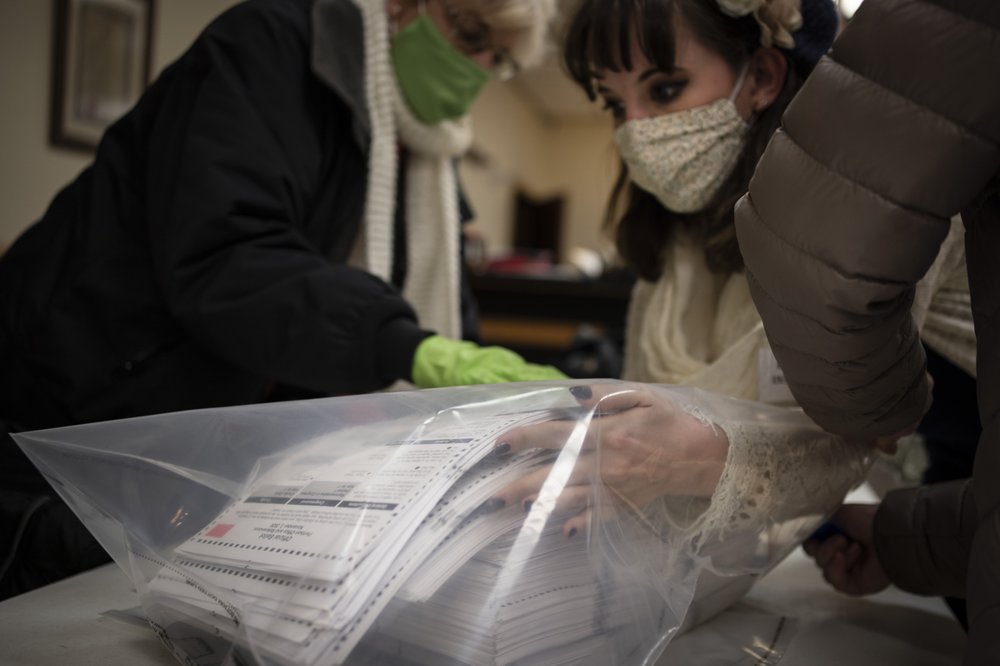 Biden was watching from home with family and close aides. Trump was watching the results with a small group of allies in the White House residence as other staff and advisers floated among offices throughout the executive mansion complex.

Outside, a new anti-scaling fence was erected around the White House, and in downtowns from New York to Denver to Minneapolis, workers boarded up businesses lest the vote lead to unrest.

With the worst public health crisis in a century still fiercely present, the pandemic — and Trump’s handling of it — was the inescapable focus for 2020.

For Trump, the election stood as a judgment on his four years in office, a term in which he bent Washington to his will, challenged faith in its institutions and changed how America was viewed across the globe. Rarely trying to unite a country divided along lines of race and class, he has often acted as an insurgent against the government he led while undermining the nation’s scientists, bureaucracy and media.

The momentum from early voting carried into Election Day, as an energized electorate produced long lines at polling sites throughout the country. Turnout was higher than in 2016 in numerous counties, including all of Florida, nearly every county in North Carolina and more than 100 counties in both Georgia and Texas. That tally seemed sure to increase as more counties reported their turnout figures.

Voters braved worries of the coronavirus, threats of polling place intimidation and expectations of long lines caused by changes to voting systems, but appeared undeterred as turnout appeared it would easily surpass the 139 million ballots cast four years ago.

No major problems arose on Tuesday, outside the typical glitches of a presidential election: Some polling places opened late, robocalls provided false information to voters in Iowa and Michigan, and machines or software malfunctioned in some counties in the battleground states of Ohio, Pennsylvania, Georgia and Texas.

The cybersecurity agency at the Department of Homeland Security said there were no outward signs by midday of any malicious activity.

The record-setting early vote — and legal skirmishing over how it would be counted — drew unsupported allegations of fraud from Trump, who had repeatedly refused to guarantee he would honor the election’s result.

With the coronavirus now surging anew, voters ranked the pandemic and the economy as top concerns in the race between Trump and Biden, according to AP VoteCast, a national survey of the electorate.

The survey found that Trump’s leadership loomed large in voters’ decision-making. Nearly two-thirds of voters said their vote was about Trump — either for him or against him.