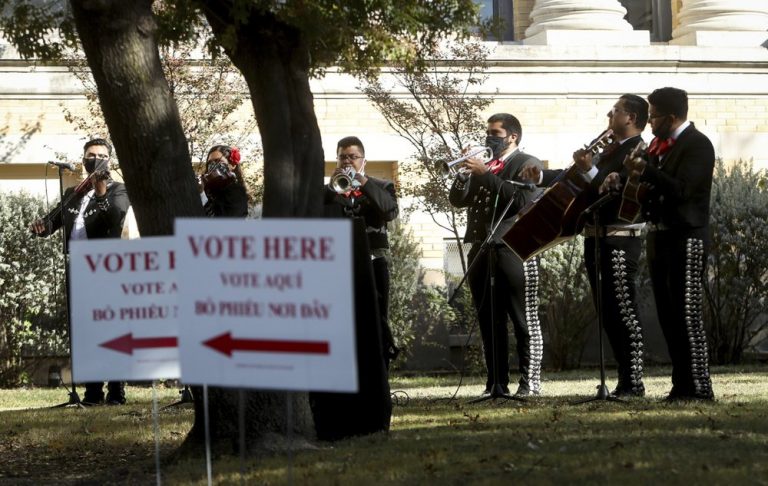 The post-election victory party – which can only really be a victory for half of those throwing them, after all – has become another victim of COVID-19.

In an election year like no other, election night will look like no other. Campaigns have scrambled to find pandemic-safe ways to gather supporters together to celebrate their hard work and to announce a victory or a concession.

The balloons, the bunting, the streamers and campaign posters will be gone for the most part, along with the hotel ballrooms packed tight with supporters watching the result roll in. In their place will be virtual meetings or scaled-down, invitation-only get-togethers.

“The Arizona Democratic Party opted to have a virtual event on election night so that we could include more Democrats from across the state, provide ultimate flexibility for candidates and elected officials, and most importantly keep the public safe,” said Matt Grodsky communications director for the state Democrats.

The Republican Party of Arizona said it will host an in-person, invite-only election night viewing party in Chandler with the LD17 Republican Committee. The event will be outdoors and will have spaced seating to watch the results come in throughout the night.

The party’s are stepping back from their parties as COVID-19 cases in Arizona, as in the rest of the country have started surging again.

The number of new cases in Arizona rose by 9,310 last week, and grew by 3,872 so far this week, bringing the total number of cases in the state to 249,818 as of Tuesday. Deaths have risen by 146 in the past 10 days, to bring the total number to 6,020, according to data from the Arizona Department of Health Services.

Democratic Senate hopeful Mark Kelly’s campaign said it will hold an outdoor event in Tucson with a limited guest list Tuesday night. The campaign will be limiting the number of attendees to comply with social distancing and public health precautions, and will also be requiring masks to be worn at all times.

Kelly’s opponent, Sen. Martha McSally, R-Arizona, said only that her campaign would not be holding “a public event on election night.”

Even President Donald Trump, who has brushed aside COVID-19 concerns for a series of mass campaign rallies in recent weeks, including several in Arizona, has had to scale back his victory party plans. But not by choice.

The Trump campaign had planned to host a sold-out post-election party Tuesday at the Trump International Hotel, just blocks away from the White House. Those plans were scuttled after reports that Washington, D.C., officials said the hotel would have to abide by city COVID-19 reopening regulations, which include limits on capacity, social distancing and no music or dancing that would bring attendees too close together.

“We have certain rules and regulations. You know, Washington, D.C., is shut down,” Trump told reporters Friday as he left the White House on his way to another round of campaign events. “The mayor has shut down Washington, D.C. And if that’s the case, we’ll probably stay here or pick another location.”

The campaign decided to host its event at the White House and has been preparing the East Room of the White House for an election night event that is expected to host several hundred attendees, according to news reports.

Democratic nominee Joe Biden, meanwhile, will continue the scaled-down, social-distanced, largely virtual approach with his post-election party that has become the norm for his campaign events. Biden and his running mate, California Sen. Kamala Harris, will be joined by their spouses in Wilmington, Del., where Biden is scheduled to make an address to the nation from the Chase Center sometime Tuesday night or Wednesday morning.