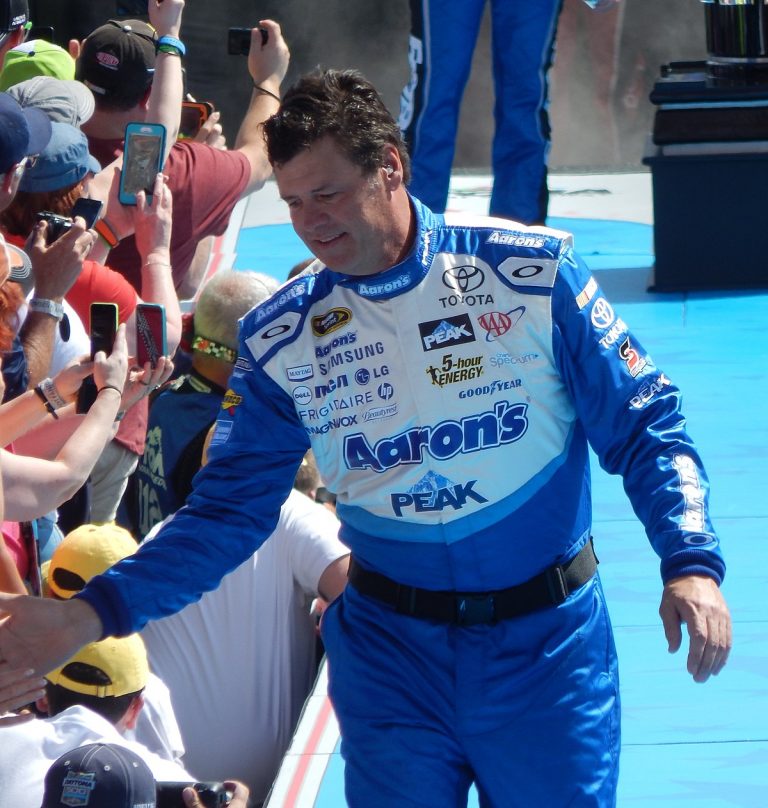 Former NASCAR driver Michael Waltrip may be known for his success behind the wheel, but the two-time Daytona 500 winner is taking his chances in the world of brewing.

After the idea sparked in 2018, the Michael Waltrip Brewing Company has launched in Arizona with three different styles of beers and is working on opening a functioning brewery in Phoenix.

“Me and my partners were over in Sonoma having wine and I said, ‘Why don’t we ever drink beer?,’” Waltrip told Cronkite News. “I just told them, ‘I haven’t really found a beer I love. We need to make something we like and what we think is a better beer.’”

Playing off of Waltrip’s two Daytona 500 wins, the Two-Time themed lineup consists of a blonde ale, the Vamanos Mexican lager and the Checkered Past coconut IPA.

“I’m very proud of all three of the styles, I think they’re very drinkable, they’re not fru-fru, they’re not way up in the craft beer world, they’re somewhere in the middle,” Waltrip said.

While the intention was to appeal to casual beer drinkers and racing fans, the coconut IPA has been catching the attention of beer connoisseurs.

“We didn’t really think that our brand would necessarily be the brand that would talk to that, you know, the beer aficionados crowd, but through the Two-Time checkered past it’s given us a way to do that,” Bryan Sperber, president and CEO of the Michael Waltrip brewing company, said.

Waltrip began competing in the Valley at Phoenix Raceway in 1988. He always knew he would find his way back to Arizona.

“I thought when I retired I would wind up here in the winter time, or at least for half a year,” Waltrip said. “It just seemed like the perfect place to start our brewery and our beers.”

Waltrip’s competitive streak is about to surface again, because the state has seen a surge in local breweries. Since 2007, the number of Arizona-based breweries has skyrocketed from about 25 to 100.

“He’s got an opportunity to be successful, he’s got a brand name,” Arizona Craft Brewers Guild executive director Rob Fullmer said. “He’s got a demographic that craft beer doesn’t normally enjoy a lot of success in, but the potential is certainly there.”

While many businesses have experienced struggles during the COVID-19 pandemic, Sperber thinks opening now could give the new brewery the chance to be ahead of the curve.

“We’re out there talking about a new launch and for a lot of bars and restaurants and retailers it’s pretty cool for them because they don’t have a lot of new brands coming at them right now,” Sperber said.

Waltrip sees Arizona as the tip of the iceberg and is hoping to be distributing beer in other states as early as next year.

“We’re going to get the beers out as soon as possible,” Waltrip said. “It’s probably gonna be about January or February, but we’re going to get into North Carolina, Virginia, Tennessee, hopefully all over the southeast.”