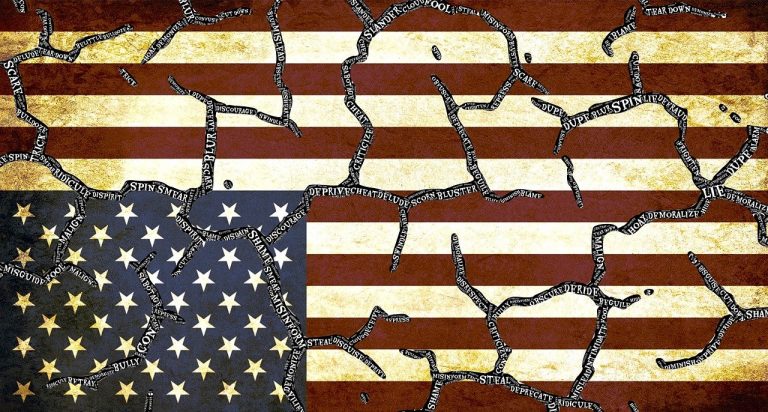 Ever since his election in 2016, a consortium of Democrats, never Trump Republicans and their co-conspirators in the media, have accused President Trump of racism, sexism, homophobia and divisiveness. Since he has been in the public eye for half a century, he has a public history that could easily show if any of these accusations are true, but no evidence is ever presented by those making these claims. Yet the left keeps spewing these assertions. Like always, what the so-called progressives charge others of doing, is exactly what they do. Nowhere is this more obvious than in their saying that Trump and his followers are dividing the country. In their bubble world, if you disagree with them, you are driving a wedge between our people.

If one looks at race relations prior to 2009, they had been improving for decades. When Obama was elected, one might think that the age of racial division was pretty much over. When he left the Presidency after eight years, race relations seemed to have regressed about half a century. After inserting himself in any and all local issues that involved conflict between black and white citizens or law enforcement officers, President Obama always took the side of the minority, BEFORE any investigation was conducted or completed.

Since none of the incidents involved any federal issues, a “no comment” response would have been appropriate to any media question. Instead, his responses were, “The Cambridge police acted stupidly.” “If I had a son, he would look like Trayvon.” “The police need more training.” Did these comments, and others like them, bring people closer together? Did they improve Police/Community relations? It is only logical that the anti-police violence by Antifa anarchist and Black Lives Matter Marxists this last summer, were built on a foundation laid by Barrack Obama and Eric Holder.

When no Democrats, except two past presidents, showed up at President Trump’s inauguration, wasn’t it the leftist Democrats that were dividing us? Did starting the “Resistance Movement” to unseat the President within hours of Trump’s inauguration, bring us closer together as a people? When they held a three year multi-million dollar investigation into a duly elected President, that found no evidence of “Russian collusion” divide or unite us? When the House of Representatives impeached a sitting president, when they knew there was no chance of conviction in the Senate, unify all of our citizens?

The ultimate proof that the left wants to divide us is provided by this 2020 election and the position of the two candidates on many issues, but primarily on what to do with our people concerning the Chinese Virus, COVID-19. Joe Biden has said that he would, “Listen to the Science” and lock us down again if there was an uptick in positive test infections.

President Trump has stated that he would act to protect the vulnerable, (the elderly, diabetic, obese, etc), but would safely open up our society so that people could go back to work, schools could reopen and the vast majority of us could begin to return to our lives. He has pointed out that the lock down in the states with the harshest restrictions have caused a rise in drug abuse, alcoholism, spousal abuse and mental illness.

The fact remains that nothing is more divisive, nothing separates us more than a lock down. The fear mongering Democrats, up and down their ticket, would shut us down again in a heartbeat. Almost all Republicans, from Trump to McSally to Gosar, would keep our communities open while protecting the most vulnerable. Remember that when you vote, if you haven’t already.