Halloween horror in the (super)humanities: NAU English professor discusses her research into the scary and creepy 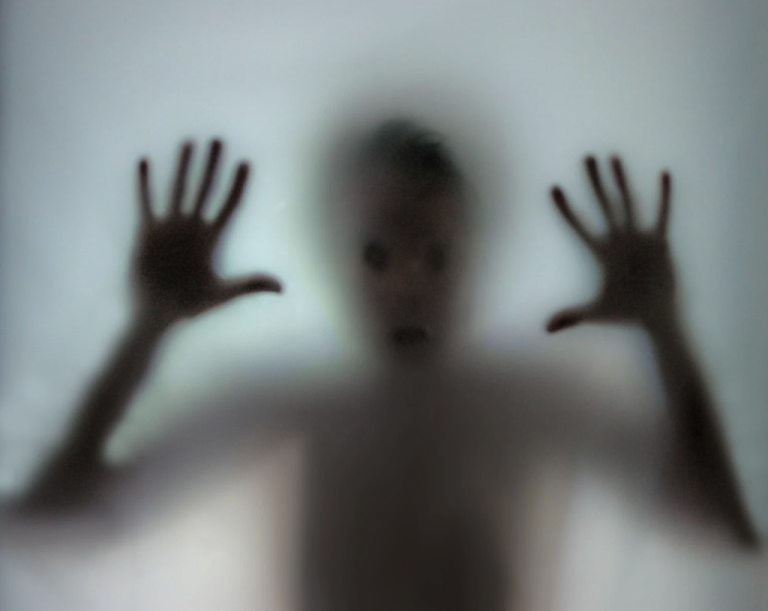 In most professions, that wouldn’t be unusual. In Renner’s—she studies horror media and, when given the chance to guest-edit a journal, chose evil children as the topic—it’s a little more surprising.

Renner, an associate professor in the Department of English at Northern Arizona University, talked to NAU News about Halloween 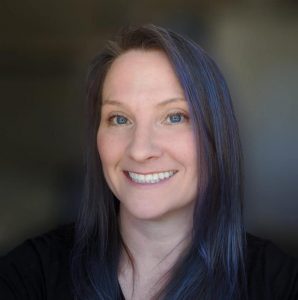 horror: ghosts, Bigfoot, why true crime podcasts are all the rage, what you can watch for a good scare this year, the scariest movie she’s ever seen, and why people just keep coming back to the horror genre in books, movies and more.

“I think people are just interested in knowing if there’s something beyond us,” she said. “It taps into a sense of wonder—what’s out there?”

Read on to learn her thoughts on:

What loving horror says about a person

Horror is a much broader genre than many people realize. It’s so much more than slasher movies full of bloody deaths. Some movies, like “Vivarium” and “Starfish,” are creepy and unsettling with a vague sense of menace but aren’t traditionally scary. They’re just ungrounded and the viewer doesn’t quite know what’s happening.

Also, what is known as prestige horror—think “Get Out” or “It Comes at Night”—is becoming increasingly popular. Such movies ask viewers to consider social issues.

“They’re less about the monster and really about how people respond in times of desperation and survival,” she said. “Some of them, I kind of want to say, are about political division, putting people together who don’t immediately trust each other.”

Of course, some viewers are into the violence. There are a lot of reasons for that, most related to morbid curiosity. Horror is like humor, Renner said; it causes a physical reaction, and viewers aren’t always fully in control of that reaction. Some people like that kind of escape.

As for the people who create horror—they are not creepy. Renner said the horror writers she knows are warm and kind people who have lots of empathy for their characters and the people around them.

“They are willing to go there,” she said. “Sometimes I think it’s more dangerous not to think about dark stuff at all instead of thinking about it and really diving into the emotions there.”

Why children in horror are extra creepy

In a recent talk at the Nights of Horror virtual conference, Renner talked about her work on killer kids, supernatural children and why we are fascinated and repelled by this archetype.

In 2009, she was invited to guest-edit a special issue of a journal; the topic was left to Renner. She chose evil children. From there, her interest in the topic took off, resulting in an edited collection published as a book in 2013 and a single-authored study in 2016. It helped that the collection appeared at a time when Hollywood was kicking out movies about child villains, which led her to consider just why people are drawn to angelic-looking children who, say, kill their parents.

“They just have a really good disguise. They’re assumed to be innocent,” Renner said. “A lot of evil children in horror movies use that to their advantage, so no one’s really expecting them.”

Stories about evil children usually offer an origin story for the child’s violence—an extremely gifted child is taken advantage of by the government or an adopted child is abused by their parents, for example. Evil child stories give a reason why the children became evil and in doing so ironically confirm the idea of child innocence.

There’s more to it, though. The archetype builds on the fascination people have with real-life children who kill or commit other acts of violence. School shooters and child murderers titillate the media, the public and true crime authors, prompting them to wonder how such young children can commit such horrible crimes.

Speaking of academic and true-crime approaches to juvenile homicide, Renner said, “Even though these supposedly factual and scientific studies sensationalized the details, their grounding in real cases fed the popular belief that sociopathic children were everywhere, hiding behind the faces of sweet and innocent children. These beliefs were only strengthened by a flurry of fictional texts that featured cold-blooded child psychos.”

The role of the amateur detective

Renner’s mother says if she could go back in time, she’d pick a new career—forensic science. For as long as Renner’s been alive, her mother has loved true crime.

“I always say she knows more about serial killers than any mom should,” she said.

That same delight in the macabre, coupled with a desire to solve a mystery, is behind much of the love of true crime shows and podcasts today, Renner suggested. She especially sees women being drawn to documentaries in which all the suspects are interviewed, their possible motives dissected. Viewers or listeners can consider emotions, figure out relationships, consider who they trust is telling the truth and potentially solve the crime.

For a few people, this hobby moved beyond the living room; amateur detectives have taken to trying to solve unsolved crimes themselves. One of the best examples is author Michelle McNamara, who wrote a book about the Golden State Killer. Two months after the book’s release, which was published after her sudden death, authorities arrested a man in the long-cold case.

The same desire to solve mysteries drives the popularity of horror, Renner said. People like to piece together the stories—who is the ghost and why did it return; if it wasn’t Bigfoot that hiker saw, what was it; why is a serial killer stalking only certain victims and who’s next; what is the motivation behind the monster or the zombie and how can it be defeated? That cognitive element makes the genre exciting and engaging.

“It’s very much structured like a mystery sometimes,” she said.

Twenty years ago, in the middle of a bright, sunny day, Renner and a friend walked into a theater to see “The Blair Witch Project.” They intentionally went during the day to avoid having to leave the theater in the dark.

Two hours later, it was clear their efforts weren’t enough.

“When the movie was over, we kind of came to and we were way down in our seats. We looked around and everyone in the theater was the same way,” she said.

Renner slept with the light on for days.

Although she tends more toward spooky scary movies and away from those that could be real, like serial killer movies, there are plenty for every type of viewer this Halloween, Renner said: “The Haunting of Hill House” and “The Haunting of Bly Manor” are smart and scary, while “The Invitation” offers a non-traditional horror story in which the viewer doesn’t know if the main character is paranoid and jealous of his ex-wife’s new life or wisely cautious of its cultlike qualities. Small-budget films like “The Blackwell Ghost” also are good for a scare.

For a quicker scare, Renner turns to YouTube. Some of the scariest things she’s watched lately are videos about the creepiest things caught on security cameras, the most haunted abandoned buildings and more.

And there’s always an old favorite—turn down (or up) the lights and read a little Edgar Allan Poe.