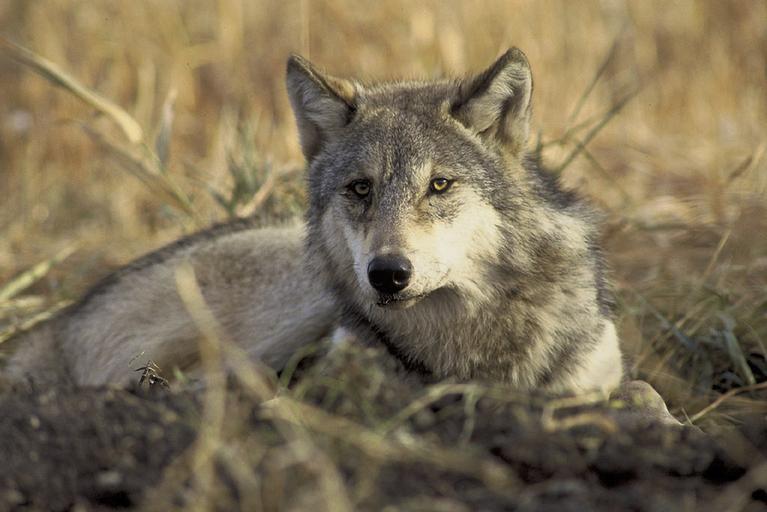 Members of the Western Caucus released the following statements after Secretary of the Interior David Bernhardt announced the delisting of the gray wolf in the lower 48 states.

“Today is a great victory for science and professional wildlife management.  The gray wolf is one of the few actual success stories of the Endangered Species Act and has met every scientific criteria for delisting. Its delisting will cede control back to where it belongs, state and tribal governments.  This is a clear win for the farmers, ranchers, and every day citizens whose livelihoods have been threatened by growing unmanaged gray wolf populations. I applaud President Trump and Secretary Bernhardt for acting on sound science and taking this decisive action,” said Congressional Western Caucus Chairman Paul Gosar (AZ-04).

“This final rule puts the process of managing the gray wolf back where it belongs – in the capable hands of individual states. Over the past decade, our courts have been abused by radical environmental groups filing frivolous lawsuits to prevent states from managing the gray wolf population, despite repeated delisting decisions. I applaud the rule announced today that will provide individuals with the certainty they need to protect their livestock and livelihoods under their respective state’s management of the gray wolf,” said Republican Conference Chair Liz Cheney (WY-AL).

“The gray wolf is an Endangered Species Act success story. By empowering states to manage gray wolf populations, the federal government is recognizing the effectiveness of locally-led conservation efforts, basing management decisions on sound science – instead of politics, and providing certainty to families, farmers, and rural communities in Central Washington and throughout the country. This action is one of the many steps the Trump Administration is taking to modernize the Endangered Species Act and protect American wildlife, and I look forward to continuing to build upon these efforts in Congress,” said Vice Chairman for the Department of Energy and Interior Dan Newhouse (WA-04).

“The gray wolf is one of the most successful species recoveries in history, despite the mounds of federal red tape and abusive litigation preventing this long-overdue delisting. It’s unfortunate it took this long for the federal government to turn management back to the states, when in fact state management and expertise is what got us to where we are today. Once again, the Trump Administration and DOI leadership took action to move good policy forward,” said Chair Emeritus Rob Bishop (UT-01).

“Thanks to the tireless effort of the Fish and Wildlife Service and dozens of successful collaborative restoration projects across the west, the gray wolf has rebounded significantly over the past two decades. Scientific measurements of wolf populations have consistently shown the substantial restoration progress made by this administration, and I applaud the Secretary of Interior for following that science and delisting the gray wolf. This is yet another example of how a local stakeholder-driven process can provide successful restoration results, and we look forward to the continued progress on restoring other listed species,” said Vice Chairman for Infrastructure and Forestry Bruce Westerman (AR-04).

“Ranchers across the American West have lost livestock because of ever growing gray wolf populations with no way to protect their herds from this threat. Additionally, families are defenseless should their pets, or even children, become threatened by a gray wolf attack. Gray wolf populations have exceeded recovery expectations for years, and three Administrations have tried to de-list the gray wolf from the Endangered Species Act. President Trump and Secretary Bernhardt finally got it done. Turning gray wolf population management back over to states and tribes will give back local control and inevitably save cattle, sheep, other livestock, and families from the threat of a grey wolf. This is a great win for the West, and I thank the Trump Administration for consistently prioritizing agribusinesses and public safety across America,” said Vice Chairman for Agriculture and Chief Business Officer Doug LaMalfa (CA-01).

“I applaud the decision of the Trump administration to return the gray wolf and species management to where it properly belongs: with the states and tribes. The improper listing of the gray wolf allowed unelected bureaucrats, in the name of protecting a wolf that doesn’t need protection, to limit the use of public and private land throughout the country. President Trump continues his promise of making America great by deregulating and returning powers back to state and local governments,” said Vice Chairman for Regulatory Reform Andy Biggs (AZ-05).

“Today’s announcement represents an important first step toward restoring the authority of state wildlife officials to control the skyrocketing gray wolf population in Wisconsin. Secretary Bernhardt and Director Skipwith deserve credit for providing this long-overdue relief to Wisconsin farmers, ranchers and sportsmen and I look forward to working with the Trump administration on a permanent legislative solution that prevents any future federal interference in our local efforts to manage these predators,” said Congressman Tom Tiffany (WI-07).

“In northern Minnesota, proper management of the gray wolf is important to maintaining our way of life. Therefore, I applaud President Trump, Secretary Bernhardt, and Director Skipwith for listening to sound science and rightfully delisting the gray wolf in the lower 48 states. With Minnesota’s whitetail firearm season so close, this announcement could not have come at a better time, as empowering state agencies to responsibly manage gray wolf will help to conserve our deer herd for generations while putting cattle farmers at ease,”  said Congressman Pete Stauber (MN-08).

“The delisting of the gray wolf is an important milestone that illustrates the positive gains made in recovering this treasured species. I appreciate the efforts of all federal, state, tribal and local stakeholders in protecting and growing the gray wolf population. The delisting component of the Endangered Species Act is a critical mechanism that shifts the management of sufficiently recovered species habitat to state and local authorities, thereby allowing our federal agencies to shift and maintain their focus on species facing a more significant threat to their survival,” said Congressman Ken Calvert (CA-42).

“The Endangered Species Act is intended to restore populations, and accordingly the gray wolf is no longer endangered. I applaud the Administration for working to ensure state governments, our ranchers, and landowners have a say over the management of the gray wolf in the future,” said Congressman Dusty Johnson (SD-AL).

“In Eastern Washington, and especially in Northeastern Washington, wolf predation on calves has become common. I regularly hear from people who’ve seen wolves around their property and who cannot defend themselves without risking a felony. By delisting the gray wolf and restoring local decision-making, we can allow people in our state and community to use science-based wolf management practices that will benefit both our endangered and native animals while protecting farmers and ranchers. As the Obama administration made clear in 2013, the gray wolf is recovered. Unfortunately, the gray wolf was not delisted. Thank you to the Trump administration for respecting local decision-making and delisting this recovered species in the lower 48 states,” said Congresswoman Cathy McMorris Rodgers (WA-05).

“Minnesotans are great stewards of America’s wildlife, but the Gray Wolf has long threatened farmers, their families, and their livelihoods. I applaud Secretary David Bernhardt and the Department of Interior for their work to return conservation efforts back to the states and local communities they impact. Delisting the Gray Wolf will give Minnesota farmers the ability to protect their land and livestock. Minnesotans of both parties have sought this action for years, and I am grateful to the Trump Administration for recognizing that this species has successfully recovered, and for restoring local control,” said Congressman Tom Emmer (MN-06).

“Oregon’s wolf population grew over 15 percent last year, and meanwhile, wolves continue to kill livestock in the area under federal management, with little recourse for local ranchers. Today’s action by the Trump Administration to officially delist the gray wolf from the Endangered Species List is long overdue. This move will allow our state wildlife officials to manage the wolves more effectively by allowing for a single management plan under local control,” said Congressman Greg Walden (OR-02).

“I have said all along that listing decisions need to be made with two things in mind, the science and the preparedness of states to manage species. I believe the science is clear and this Administration, like the previous Administration, agrees that wolves are recovered. Idaho has been the test case for state management and the benefits to other wildlife, livestock, and our ecosystem shows that that state management works. I applaud this decision and look forward to other states following the lead of Idaho and successfully managing the gray wolf population,” said Congressman Mike Simpson (ID-02).

“Thank you to Secretary Bernhardt for making a decision based on science and facts to delist the gray wolf from the List of Endangered Species. State and local officials are better equipped to make important decisions about how best to manage wildlife populations while protecting farmers, ranchers, and businesses. I applaud the Secretary for this thoughtful decision,” said Congressman Ken Buck (CO-04).

Western Caucus members have been leading voices in support of delisting the gray wolf. This Congress, Congressman Tom Tiffany (WI-07) introduced H.R. 8180, the “Managing Predators Act”. This legislation would remove the gray wolf from list of endangered species under the ESA, similar to the action taken by Secretary Bernhardt today.

In addition, during the debate on the Interior Appropriations Bill, Congressman Pete Stauber (MN-08) offered an amendment to delist the gray wolf. Mr. Stauber also highlighted the importance of this issue at a Natural Resources Committee hearing in March 2019. That clip can be seen HERE.

The Western Caucus has also been a leader on reforming the nearly five decades old Endangered Species Act (ESA). Last year, Western Caucus members introduced a 17 bill package aimed at reforming and modernizing the ESA. More information on that package can be seen HERE.

Thanks to the partnerships involving states, tribes, conservation organizations and private landowners galvanized under the Endangered Species Act, the Trump Administration is turning management of all gray wolves back to the states and tribes who have been so central to the species’ recovery. This rule excludes Mexican gray wolves, which would remain listed under the ESA.