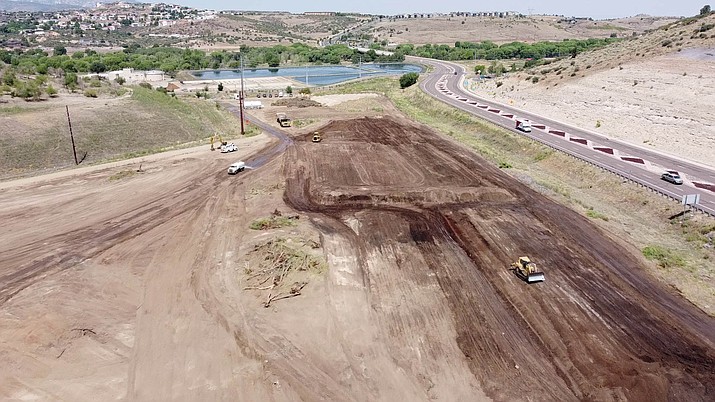 But it may not be about the issues the Plaintiff wanted to discuss. Bill Williams, a journalist with a paralegal degree who is from Prescott Valley filed the lawsuit in September, without an attorney. He claimed the County Board of Supervisors  were not doing their duty of cleaning up pollution at the site. He cites the County’s own Environmental Assessment by an engineering firm from Phoenix as making numerous recommendations for cleaning up the site before development. Williams said the report was not provided to county citizens until after the lawsuit was filed; Williams said someone in County government leaked it to him and that it can now be found at: https://yavapaijustice.com/Uploads/200045EAFinalPhaseIESAReport-reduced.pdf

However, the County Assistant Attorney who is defending the Board of Supervisors: Simmons, Thurman, Garrison, Brown and Mallory – has put up many hurdles Williams will have to go over, mainly a Motion to Dismiss.

One of the Defendants’ claims is that Williams sued the wrong people. Assistant County Attorney Matthew Black argues that Williams should have sued the Yavapai County Jail District, not the Supervisors. Williams countered by citing statutes that “form a board” and stated that Board of Supervisor meeting minutes show the Board “resolves” into the Jail District when it entertains board agenda items about the jail. Williams’ filing says if the judge feels the wrong people were served papers then the Jail District Board Members (who are the Supervisors) should be joined in the lawsuit together. Former County Assessor Pam Pearsall submitted an affidavit describing the resolving or dissolving of one political body into another, and she agrees that there are concerns about the pollution on the site.

In addition, the Defense claims Williams does not have standing to file suit because he has not been harmed by alleged pollution at the work site. Williams counters that the Supervisors had the responsibility to address the pollution and were negligent in not doing so and it is costing him tax money, and has asked the Court to accept an Amended pleading clearly stating the harm and negligence, even though he referenced it in his first pleading. The harm, Williams claims is hard to quantify because if the pollution affected the health of the inmates or anyone walking near the site on into the future there could be large costs to the County. He also stated the County’s environmental assessment (see link above) describes the proposed jail’s close proximity to Granite Creek and its drainage into Watson Lake, which helps to recharge the drinking water of Prescott. Williams’ lawsuit stated the environmental assessment shows current or former underground storage tanks, septic systems, water wells, and at least seven chemical remains present at the site, along with a landfill that “has issues.”

The judge will hear arguments about allowing in the amended pleading but already stated in his Order for the hearing that Williams may have been tardy turning it in, and may have violated Civil Rules of Procedure 15 and 7 as they apply to amending complaints.

Williams pointed out that nowhere in the various court pleadings filed by the Defense did it deny that pollution is on the jail construction site, and local chemical engineer Richard MacLean, Jr. – who has a lengthy resume regarding environmental investigations – filed an affidavit describing the severity of the pollution and how it could be remediated.

Williams also filed a complaint in the case about prejudicial situations he encountered, mainly that the attorneys in the county are allowed to eFile as they call it, or file motions and pleadings electronically – straight to the clerk’s office but pro se litigants like Williams, who do not have an attorney, are not given that privilege. Williams said that may sound like a small issue but it gives the county attorney a strategic advantage in terms of time. Williams said he was sometimes served by mail, sometimes served by email, sometimes not served at all, and so he said he has to drive ten miles to log on to the public computer in the courthouse to see if anything has been filed. He also said some pleadings or proof-of-service on the Defendants were not given to the first judge on the case. Williams said he located a law review article by the judge who was removed from the case which was about service of process, and a feature article the judge wrote about the environment.

The new judge will hear argument on three issues in a one hour hearing on November 9. The issues will be the Defendants’ Motion to Dismiss, Williams Motion to Join Parties (Jail District with Supervisors) and Williams’ Motion to Amend his Pleading.

Interesting to note, on page 2 of the McGill Order setting hearing for Nov 9, the judge says the Court received phone calls from interested members of the public regarding the previously scheduled October 9th hearing. Because of the Court’s COVID rules, Williams and the Defense can join telephonically and the public can watch on the Court’s livestream YouTube channel by accessing it on the Yavapai County Superior Court website.