APS wants to raise rates, but during pandemic, many Arizonans aren’t on board 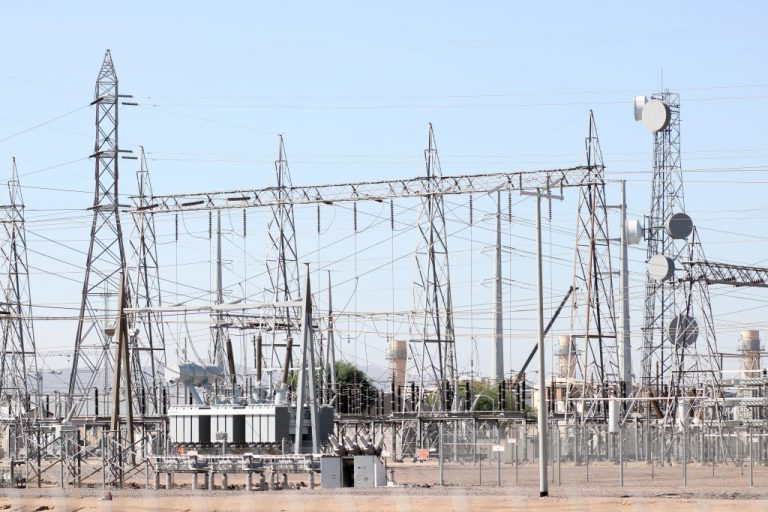 Arizona Public Service, the state’s largest utility provider, is proposing a rate increase starting next year, a move opposed by many customers reeling from the financial fallout of the COVID-19 pandemic.

The rate hike, which would raise rates 3% to 6% for the majority of its 2.7 million customers statewide, would raise an estimated $184 million. APS says the money would go toward recovering costs for improvements made to the Ocotillo Power Plant in Tempe and the Four Corners Power Plant near Fruitland, New Mexico, and toward improvements for customer accounts, such as eliminating certain fees and simplifying bills.

Ocotillo burns natural gas and Four Corners burns coal, but Jenna Rowell, director of external communications for APS, said the investments in improvements align with the utility’s clean energy goal of being 100% carbon free by 2050. The money going into the two plants will help mitigate negative environmental impacts during the transition, she said.

At the Four Corners plant, selective catalytic reduction technology was installed to reduce nitrous oxide emissions by more than 80%, Rowell said. At the Ocotillo plant, five high-tech gas turbine generators were installed to replace two gas-fired steam generators, which decreases water use and emission rates and raises reliability, according to the APS website.

“Getting those plants cleaner while we still need them in the mix is part of that long-term transition to a fully carbon-free portfolio,” Rowell said.

Timothy James, a sustainability scientist at Arizona State University and director of research and consulting at the L. William Seidman Research Institute, said reaching APS’ carbon free goal would be “quite difficult, but probably achievable.” The institute serves as an applied business research and consultancy resource for the Southwest business community, according to its website.

There are technical and financial elements to the carbon free goal, James said. The technical side relies heavily on finding ways to provide a constant power supply because renewable energy sources like solar and wind “tend to be slightly more vulnerable to the vagaries of the weather.”

APS last year proposed the increase to the Arizona Corporation Commission, which regulates utilities in the state, and its decision is expected in mid-2021.

The commission’s decision-making process includes listening to customer feedback, which started with public comment sessions on Sept. 1. Customers have three more chances to weigh in at virtual public hearings; the next one is scheduled for Oct. 24.

So far, much of that feedback has been negative, Commissioner Lea Marquez Peterson said. Peterson is facing an election campaign, with three of the five commissioner seats up for reelection.

Many commenters complain the rate increase would come at a poor time, as COVID-19 has crippled the economy and destroyed job stability for thousands of Arizonans. Phoenix has also experienced its hottest summer ever, with a record 145 days that were 100 degrees or warmer. According to the Maricopa County Department of Public Health, 157 confirmed heat-associated deaths have occurred this year through Oct. 10.

“We have extreme heat coupled with a global pandemic and probably the worst time you can possibly think of for a company that already has some of the highest energy bill burden in the state,” Champion said.

In 2018, Champion filed a formal complaint over an APS rate increase of 4.5% that passed in 2017. The commission reviewed the case and dismissed her complaint, according to APS.

“Where’s the compassion from APS?” Gonzalez asked in a public comment session on Sept. 1. “Put a freeze on rate hikes and support the communities … that need you the most. We need you guys right now.”

In response to the community pushback against the rate increase, Rowell said APS appreciates public input.

“We understand that price increases for any product, including electricity, aren’t usually popular,” Rowell said. “Nobody asks for a price increase.”

To address rate concerns, APS offers customer relief programs, Rowell said. At the beginning of the pandemic in March, she said, APS acted quickly to help business and residential customers.

Rowell also encouraged customers whose circumstances have changed to look into programs they previously may not have qualified for, such as discounts or crisis bill assistance.