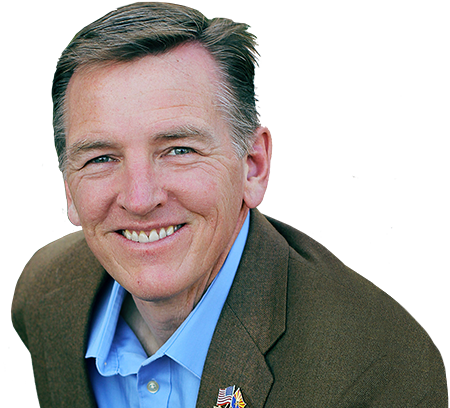 With the election just days away, Cronkite News is profiling candidates on the Nov. 3 ballot.

How would you rate Arizona’s response to the COVID-19 pandemic?

Gosar gave Arizona a rating of 5 or 6 out of 10 but said there was no need to shut down the state.

Gosar said businesses should have remained open while taking precautions to protect those who are weaker or more susceptible to the novel coronavirus that causes the disease.

Not all the facts were known, he said, and not “everything was put on the table appropriately.”

If reelected, what steps would you take to help mitigate the impact of this disease?

Gosar advocated for more therapeutic options to resist COVID-19 until a vaccine becomes a viable option, and he suggested several practices that will build resistance to the disease, which has killed more than 5,800 Arizonans since late January.

The former dentist recommended UV lights to boost vitamin D levels and promoted the use of salt and water to produce a hypochlorite that kills bacteria and germs.

“It’s not a matter of if you’re going to touch this bug, but when, and you need to do it on your terms when your immune system is at its greatest,” said Gosar, who has been in Congress since 2010.

Do you have concerns regarding the security of our election?

Gosar said some elections officials have reported problems with mail-in voting. He cited a previous issue in Mojave County with early ballots that did that not go out quickly enough.

He also stated that he was approached by a man in Mesa who received a mail-in ballot for the previous owner of the house.

In 2019, he said, California and Los Angeles County agreed in court to purge 1.5 million ballots from inactive voters, such as people who had died or moved away. There was no admission of wrongdoing in the agreement, according to the Associated Press.

Gosar said situations like those are a cause for concern.

The first step to improving race relations in Arizona would be to stop using the word “racist” or “racism,” he said, adding that people need to think about what it really means to call someone a racist.

“It’s not about the color of our skin,” he said, but it comes down to our character.

“Take a chill pill,” he added.

Gosar acknowledged that racism exists, and said it always will, but that it goes both ways.

“It’s all about politics, it’s not about the relations,” he said. People of color today are obtaining degrees and other opportunities that Gosar said were not afforded to him and others.

Referring to nationwide protests of police brutality against Black Americans, Gosar said riots and looting are wrong. As a country, he said, we need to, “tone down the rhetoric, stop rioting and violence.”

What is the greatest issue Arizona residents face? If reelected, how would you address it?

Gosar, who described himself as a federalist, said the overbearance of the federal government is one of the greatest issues in Arizona. That overbearance can be a problem for businesses and people.

“Arizona needs to be the state of Arizona,” Gosar said.

The congressman said he knows the importance of listening to the people.

Constituents will tell you what is wrong, he said, and if you’re quiet and listen, they will give you the solution.

Another issue important to Gosar is keeping competition alive in companies that are essential to Arizonans, such as those in the medical industry. These companies need to be held accountable, he said, and compete to “give us better and lower premiums and lower pharmaceutical rates.”

What in your past work, political or volunteer experience makes you a better candidate to hold this office?

Gosar said his track record of working on a wide range of issues shows he’s “not a one-dimensional person.” And his experience of running a dental office makes him the best person for the job.

“When a patient comes to my office, I don’t just start working on them,” he said. “I have to ask them what hurts.”

He described his dental process as obtaining the information, formulating a plan, sharing it with the patient and forming a contract to move forward. This is the process that he brings to his work in Congress.

Gosar recalled that one of his constituents asked, “If you’re going to give a payroll (tax) holiday, why wouldn’t you give those that make tips the same holiday?” In response, Gosar tried to get the tax holiday passed.

“There’s always the aspect that not everybody likes the decisions or the politics that you have,” Gosar said.

Gosar said many of his family members are not conservatives, and although he respects their opinions, they don’t always respect his. He acknowledged that everyone has their own thought process and point of view and he would like others to respect his views.

“It’s always hard for me to make sure that I’m accepting of that,” Gosar said.

Please share a quote or advice that you live by

“Who are you not to let your light shine?” – activist and author Marianne Williamson

Gosar said that if he allows his light to shine, it can empower others to do the same, even if it can be uncomfortable.