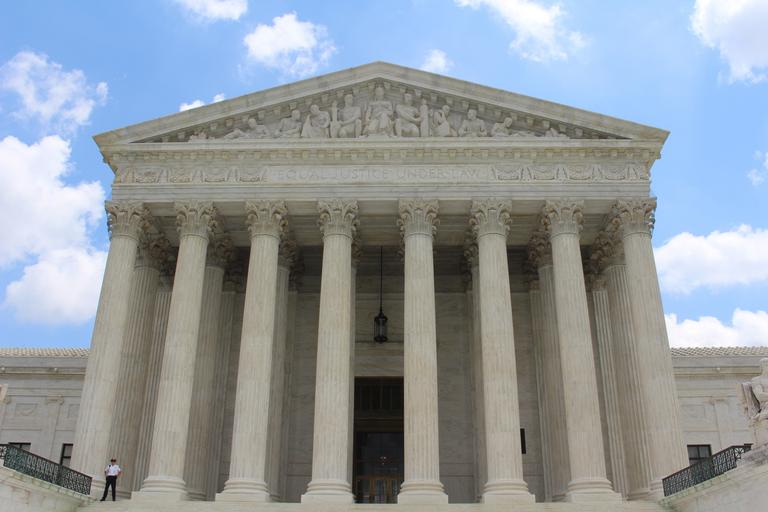 Point: Term Limits Would Make the Court More Recognizable to Our Founders

Maybe no one is above the law, but unfortunately, in our democracy of more than 330 million people, the vagaries of a few individuals’ mortality determines the law.

Following the passing of 87-year-old liberal Justice Ruth Bader Ginsburg earlier this month — and with Republican control of the Senate and presidency — it is expected that the court, and the law, will lurch right. Had conservative Justice Antonin Scalia passed away in 2014, when Democrats controlled the Senate, and not 2016, the court and the law would have swung left.

This very likely is not what our Founders intended when writing the framework of our judiciary into existence in 1787. Their primary goal was to foster independence, not longevity.

The aim was most certainly not to turn over constitutional disputes to the actuarial tables.

Luckily, more Americans are beginning to reconsider lifetime appointments to the Supreme Court. As they do, it’s worth noting that the Constitution’s text only implies life tenure on the high court — never actually using the word “life” nor referencing any length of service in particular. Article III, Section 1 reads:

“The judicial Power of the United States shall be vested in one supreme Court, and in such inferior Courts as the Congress may from time to time ordain and establish. The Judges, both of the supreme and inferior Courts, shall hold their Offices during good Behaviour, and shall, at stated Times, receive for their Services, a Compensation, which shall not be diminished during their Continuance in Office.”

Today justices routinely serve for three-plus decades, with many choosing to remain on the bench up until or even through their twilight years. At the age of 48, it is easily conceivable that President Trump’s latest nominee, Amy Coney Barrett, could serve on the high court for closer to 40 years.

This development might have been a surprise to the Founders, considering the first 10 justices served fewer than eight years on average.

Shorter service was not just a product unique to the Founders’ time. Russell Wheeler of the Brookings Institution examined Supreme Court tenure length and found that up until 60 years ago, appointments yielded 10-15 years of service on average before jumping to more than 20 years between 1959-1975 and to more than 25 years between 1981-94. Today it’s up to 28 years per justice.

Many attribute increased life expectancies to these newly elongated terms, but 18th-century expectancy statistics were skewed by higher mortality rates in youth. (In other words, if you came from a wealthy family and lived past age 5, you’d often live into your 70s, as did many of the Founders.) According to Stuart Taylor, writing for The Atlantic in 2005, earlier justices served shorter terms “in part because of the rigors of the ‘riding circuit’ that covered hundreds of miles on horseback.” Justices from the founding era until 1911 were required to hear cases across the burgeoning nation without the advent of modern transportation.

What’s more, three of the first 10 justices left the court to take other positions — something unimaginable today and underscoring how the position of “Supreme Court justice” has evolved.

Over time, the court has gone from being a relatively weak body that only occasionally met due to other responsibilities, which handled a limited caseload and rarely overturned law, to the most powerful, least accountable part of our government — a super-legislature comprising nine cloistered legal titans who at the time of appointment are poised to write and rewrite national jurisprudence indefinitely.

Somewhat counter intuitively, then, term limits would be a way to bring us back closer to the Founding Fathers’ original intent for the role of justice — by limiting the influence that any one individual has on the laws of an expansive nation.

There is no going back to 18th- or 19th-century America. But we would do well to consider the evidence that the Founders never intended for the norm to be that each justice wield any conception of “judicial Power” for tenures spanning more than a quarter century.

Tyler Cooper is senior researcher of Fix the Court, a national nonpartisan organization that advocates for greater transparency and accountability in the federal judiciary. He wrote this for InsideSources.com.

President Trump’s nomination of Judge Amy Coney Barrett to replace Justice Ruth Bader Ginsburg on the U.S. Supreme Court has ignited an expected, yet unfortunate, conflagration on the left. With few procedural levers to pull and little chance of blocking Barrett’s confirmation, the radical left wing of the Democratic Party has threatened to “pack the court,” if given the chance, by increasing the number of sitting justices.

Most Americans, regardless of political party, recoil at that idea, which is why Joe Biden and Kamala Harris refuse to answer direct questions on the subject. Now their handmaids in the media and on Capitol Hill have recently trotted out another misguided proposal that they hope will be more popular — term limits for Supreme Court justices.

Advocates for judicial term limits argue that such limits will reduce the rancor and bitterness of Supreme Court appointments. But the opposite is more likely.

The Washington Post opinion editors declared, “Judicial term limits are the best way to avoid all-out war over the Supreme Court,” by “lower(ing) the stakes of any one Supreme Court pick, so the (political) parties are not tempted to resort to all-out war every time a justice retires or dies. The best way to do that is to impose term limits — of, say, 18 years.” Opinion editors at the Boston Globe agreed, arguing that “democracy would be better served by a High Court that is reinvigorated and renewed more frequently.”

Dozens of skirmishes and minor battles scheduled regularly will save democracy?

In fact, judicial term limits will likely heighten concerns of an over-politicized, all-powerful court. And a “reinvigorated” court is not what the country wants or needs.

Both sides of the political aisle already complain that the Supreme Court too often acts like a super-legislature that often overturns policy choices best left to the people and their elected representatives. As Justice Antonin Scalia once lamented, the court already behaves like an “ad hoc nullification machine,” striking down laws as if on political whim.

Alexander Hamilton explained that by making the tenure of federal judges permanent and not temporary, the Constitution ensures that the court’s make-up will not be changed according to the political interests or whims of another branch of government. This was an essential part of the delicate balance of power divided among the three federal branches, and designed to keep the court from becoming a political branch itself.

Removing that essential part risks making the judiciary more dependent upon the political branches, encouraging even more political meddling by those branches, and ultimately risking that the court will decide cases politically — that is, with one eye on the merits and the other eye on who may be leaving and joining the court in the next term.

Judicial term limits will make the High Court more powerful and more political, not less. They will increase the likelihood that justices may rule according to their own personal or political ambitions, rather than as dispassionate jurists with no proverbial dog in the fight. Ambition seeks more power. Dispassion typically does not.

Hamilton recognized that permanent tenure acknowledges the complexity of the law in a free society. Few people, he rightly believed, will have the knowledge and integrity necessary to judge the law, so those deemed up to the intellectual and moral task should be retained rather than episodically replaced. Term limits undermine this effort. As Hamilton explained, justices preparing for their post-judicial positions may find it hard to resist the temptation to use today’s seat on the bench for tomorrow’s personal advantage.

A regular confirmation cycle will likely lead to more individuals “campaigning” for openings or alternatively encourage existing members to use their vote to make themselves more attractive for a post-court world — neither outcome suitable for a real federal court.

Although the bare-knuckle brawls that we call Supreme Court confirmations have become at best tiresome political theater and at worst unfair trials by a kangaroo court, the fights arise relatively rarely and last only a few weeks. Making such appointments regularly and on a predetermined, biannual schedule will only call more attention to the court more often, not less, and will make the inevitable political fisticuffs virtually never-ending, as one side or the other will always be preparing for a preordained confirmation fight.

Term limits for the Supreme Court ultimately threaten the independence of the judiciary, risk a more powerful, more political, more ambitious court than we already have, and will likely make the problems that they seek to solve even worse.

Horace Cooper is a senior fellow with the National Center for Public Policy Research and author of “How Trump is Making Black America Great Again.” He wrote this for InsideSources.com.