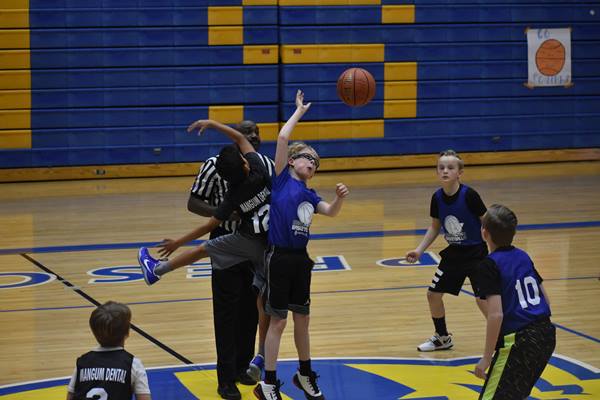 The James Family Prescott YMCA’s 35th Annual Youth Basketball League season is almost here. The League, which is sponsored by Foothills Bank, will tip off January 2nd and run through March 4th.

Did you know that YMCA basketball goes back way beyond tear-away pants and orange slices? In fact, the YMCA was instrumental in the invention of the sport. In 1891, YMCA Director of Springfield, Massachusetts, Dr. Luther Gulick, gave PE teacher James Naismith two weeks to come up with a game  that would be interesting, easy to learn and easy to play indoors in the winter.

However, Naismith had been assigned a “class of incorrigibles,” a group of young men completely uninterested in exercise. After his attempts to modify soccer and football failed miserably, Naismith looked deeper into the philosophy of sports until he came up with a few essentials for a new game: a ball, two goals and a way to encourage teamwork instead of violence.

He eventually settled on a soccer ball, since smaller balls required equipment to handle. To cut down on the roughness inherent in sports like football and hockey, Naismith decided to make it illegal to move with the ball, thus establishing the teamwork-based techniques of passing, as well as a nonviolent defensive framework based on intercepting passes. For goals, Naismith asked the building superintendent for a pair of boxes, but the closest things available were peach baskets. Basketball was born. The score of the first game on December 21, 1891 was 1-0. Naismith had not thought to cut out the bottoms of the peach baskets just yet.

Over the next century, basketball would become one of the most popular sports in the world, thanks in large part to athletes at the YMCA, athletes like Wilt Chamberlain, Christian Laettner and Cliff Robinson, who all played basketball at the Y before becoming NBA stars. More than just a great way to stay in shape, basketball fosters youth development and social responsibility by emphasizing teamwork, communication, and good sportsmanship.

Our YMCA Youth Basketball League has two divisions:  “B”, which is a recreational league for girls and boys, ages 4-13, which runs in Prescott and Prescott Valley and “A”, which is a competitive league for youth, ages 9-17 and that league runs in Prescott only. The primary objective of the YMCA is to develop people, not professional athletes. Our Volunteer Coaches are dedicated to developing youth and will emphasize the values of caring, honesty, respect and responsibility. “Our League provides a safe and fun environment where kids are able to learn the foundations of basketball from people who care about them,” said Jaime DeJoseph, Sports Director. 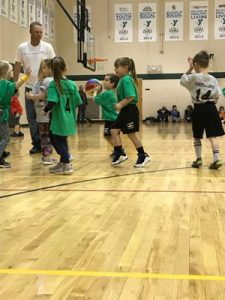 The James Family Prescott YMCA would like to thank the following people for helping make a difference in the lives of the youth in our community. Our Major Sponsor Foothills Bank, all of our individual team Sponsors, Action Graphics, A Portrait Park By J, Volunteer Coaches and the Prescott & Humboldt Unified Schools Districts. We couldn’t run this League without all of our amazing partners and volunteers. For more information, feel free to contact Jaime DeJoseph at jaime.dejoseph@prescottymca.org or 928-445-7221 x233

The James Family Prescott YMCA is a community within a community serving our diverse population in the quad-city area. As a leading nonprofit organization, the YMCA exists to strengthen the foundation of the community. The YMCA has served the local communities in Prescott, Prescott Valley, Chino Valley and Dewey/Humboldt since 1974; offering over 60 health, wellness and community programs within the four-building facility.

The YMCA is dedicated to providing affordable programs and services to benefit people of all incomes and backgrounds. Thanks to the generous support of those who donate to the Y’s Annual Campaign and other fundraising events, financial assistance is available to those who cannot afford the full fee and qualify for assistance.

The YMCA aims to provide each member with every opportunity to reach farther and improve their lives and the lives of those around them. Through Youth Development, Healthy Living and Social Responsibility, the YMCA’s goal is to inspire positive and lasting social change. For more information visit www.prescottymca.org.