Arizonans among the most likely to leave negative reviews, finds survey 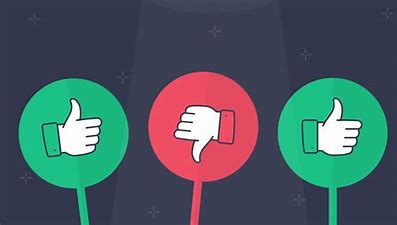 The rise of review sites such as Tripadvisor and Yelp, and the ability for people to leave feedback on almost any business site, from Amazon to Zoopla, has opened up a can of worms for all legitimate businesses. Honest feedback is great, sure, but what about when it’s negative? Can anyone come back from that?

RealBusinessSavings.com, conducted a survey of 5,500 to find out where in America are the biggest negative reviewers, as well as business owners’ responses to these.

Everyone’s a critic: It was found that 37% of Arizonans are likely to publish a negative online review if they receive a poor product or service (above the national average of 31%). Floridians, however, emerged as the people business owners are most likely to fear, as 42% of respondents in the Sunshine State say they are regular negative reviewers.

While anything sold between a business and a customer is fair game for criticism, particularly if it doesn’t live up to the promised standards, there is, of course, the risk that sometimes people are leaving negative reviews just to be unpleasant (hello, trolls!). And – shocking but true – there’s another risk: from rival businesses trying to undermine their competitors. So how do business owners react when faced with an unpalatable review which, let’s remember, has the potential to be seen by hundreds, if not thousands, of others; and may even, depending on how bad it is, go viral? (because sometimes not all publicity is good publicity….)

It seems just over half of Arizona business owners would be willing to fight to defend their product or service: 22% would be prepared to sue for defamation if they were on the receiving end of an inaccurate review that damaged their business. But the vast majority are very wary of engaging with their enemy: 93% say, sensibly, that they would not be drawn into an online battle following a negative review. Nearly a quarter of business owners, however (23%) do live in fear of a negative review; perhaps they think people who read it will think, well, there’s no smoke without fire….But only a third of them (36.6%) would ignore a negative review; the majority know it makes sense to investigate the circumstances to make sure a customer won’t complain about this again.

Proving you have to be thick skinned to be in business, only 1 in 5 (21%) take negative reviews personally. But nearly a quarter (23%) admit to having a creeping sense of paranoia; they suspect rivals post negative reviews about them! And, in figures that could be improved, only 24% take the time to respond to a customer’s review, whether it’s good or bad….

Is the customer always right? Across most industries, employees are told this to maintain a somewhat positive customer relationship and avoid giving the business a bad name. However, only 15% of business owners admit they have actually apologized at some point for a negative review that was not their fault.

‘Interacting with your customers online will help your business achieve a greater online presence, especially in a time where we are so reliant on online reviews to determine where we spend our hard-earned cash,’ says Mark Hallam for RealBusinessSavings.com. ‘As a consumer, however, it’s only fair to ensure your reviews and ratings are factual and beneficial to other customers in a way that does not defame the business or service.’

RealBusinessSavings.com have provided 5 tips on how businesses can deal with negative reviews:

First of all, it is always better to respond and as quickly as you. Keep a cool head and apologize where necessary and/or offer some form of compensation if possible. Customers need to know they are being listened to and potential future customers will want to see that feedback is being taken on board.

Don’t take it personally! Try to look at the feedback with a rational head and admit when something was wrong. On the other hand, it is also fine to politely explain if you feel that the complaint is unfounded.

Look for patterns in the feedback

Don’t overthink every bit of negative feedback you get. Try to take a step back and look at any common themes in feedback you get and take action on this. If you react negatively to every piece of feedback, it can be detrimental to your business.

If a negative review has led to you taking action to resolve the problem or improve your service then go back and let the customer know. You want to make it clear you listen and take action where necessary.

Ask for a Second Chance!

Don’t be afraid to go back to the customer and ask for another chance. If you have invited them back to try your service or product again, or fixed the issue they were complaining about, ask them if they can change their review.

PrevPreviousBiden, Harris get on the bus to small businesses in Arizona
NextTrump’s task: Resetting campaign that GOP fears is slippingNext