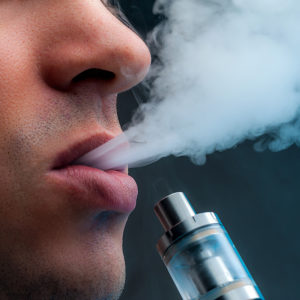 Before the coronavirus, the teen vaping epidemic was the largest public health concern being discussed by policymakers and the media.

Story after story highlighted the real life effects of this crisis, and this issue rose to such prominence that President Trump held a first-of-its-kind round table on the issue last year.

The result of the intense public pressure was that the tobacco landscape completely transformed over the past two years.

And these changes appear to be working, with the 2020 National Youth Tobacco Survey showing a decrease in the number of youth using vaping products, after years of steady and frightening increases.

The National Youth Tobacco Survey, which is an annual survey conducted to measure the tobacco usage habits of middle and high school students, showed that 19.6 percent of those surveyed reported using an e-cigarette at least once in the prior 30 days.

While this is still an unacceptably high percentage, this is a stark decline from 27.5 percent who reported using these products the previous year. This is equal to 1.8 million fewer students using vaping products.

Given the many changes that occurred in the tobacco space recently, it is hard to pinpoint which policy has resulted in such a significant decrease in teen vaping. But many point to Tobacco 21 legislation as the most effective policy change.

Late last year, with bipartisan support, the federal government passed an end-of-year spending bill that included a policy to increase the legal minimum age of purchasing tobacco products from 18 to 21, which President Trump signed into law. Since then, states across the country have rushed to ensure their state statutes and enforcement measures were in line with the new federal law.

And as a result, some states have already reported a decrease in teen vaping.

Nevada, for example, reported a significant decrease in youth tobacco sales violations, from 26.7 percent in 2019 to 9.1 percent this year. Hillary Bunker, who is the head of the Nevada Tobacco Enforcement Unit, credited Tobacco 21 for this rapid decline.

And anecdotally, a high school in Georgia also reported a decrease in the confiscation of vapes after Tobacco 21 became law in the state.

The results of the National Youth Tobacco Survey further prove what research has already indicated. Since most minors get their tobacco products from social sources, removing those social sources by increasing the minimum age to buy these products is effective at removing access to these products.

As we know, some teens turn 18 while still in high school and can then act as the source for dozens of teens in their social circle. But at 21, very few if any are still associating with high schoolers, so increasing the legal age to purchase tobacco products severely limits the supplies in our schools.

While there is certainly more work to be done, this positive public policy outcome should not be overlooked.

The results of the 2020 National Youth Tobacco Survey represent a huge win for the health of the next generation, and we can only hope this progress will continue. 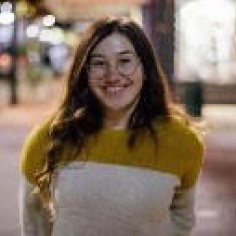 Savannah Shoemake is a Democratic activist and served as a Youth Campaign Coordinator for Sen. Bernie Sanders’ presidential campaign. She wrote this for InsideSources.com.
All Posts »