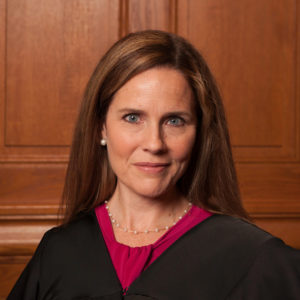 A highly accomplished professional woman, Barrett is a former Supreme Court clerk, a former big firm lawyer, a professor of constitutional law and civil procedure and a judge on the United States Court of Appeals for the 7th Circuit. And, on top of all that, she and her husband are raising seven children!

Like Ginsburg, whom she will replace if confirmed by the Senate, Barrett is a brilliant scholar and jurist, admired by her colleagues not only for her sharp mind but for her humility and warmth.

And yet, so-called women’s advocates have launched a mean girls campaign to tear this exemplar down.

They falsely claim that she is a member of a religious cult that expects women to be submissive — although it doesn’t seem as if Judge Barrett is doing a great job at that.

They make absurd accusations that this mother of four girls wants to slam shut the doors that Ruth Bader Ginsburg opened before others can walk through.

And, in a sexist twist that lacks even a hint of irony, they question whether a woman with such a high-powered career is capable of being a “loving, present mom.”

These attacks are personal, baseless and speculative, and —  of course —  do not relate to her qualifications for the post.

In addition, despite the progressive feminist penchant for saying that “lived experience” is as important as paper credentials, they scoff at a nominee whose perspective as a mother of seven children — two adopted from Haiti and one with special needs — is unique among the current justices of the Court.

Does it occur to progressive feminists that such a perspective may have imbued Judge Barrett with the sort of compassion, empathy, and unyielding commitment to equal justice under law that they claim they want in a Supreme Court justice?

Of course it doesn’t. Or if it does, they simply don’t care, so blinded are they by an extreme ideology that demands political commitments from nominees to the federal bench. Progressive feminists simply cannot accept a Court constrained by its constitutional role to say only what the law is, not what they want it to be.

And so, rather than issue even the mildest form of praise for this impressive female nominee, the National Women’s Law Center, which also opposed Barrett’s 2017 nomination to the Court of Appeals, has launched a “Block Barrett” campaign to stop her confirmation.

One would think that confirming a nominee as qualified as Judge Barrett would be a no-brainer, as it was when President Clinton nominated Ginsburg in 1993. The Senate confirmed Ginsburg 96-3, a mere 42 days after she was selected.

Although she was known as a liberal activist who had taken controversial positions when she was a lawyer with the ACLU, conservative Republicans senators — including Orrin Hatch, Mitch McConnell and Chuck Grassley — voted for her.

Because these conservative senators understood that when the opposing party controls both the White House and the Senate, they should support a highly qualified Supreme Court nominee.

Like Justice Ginsburg before her, Judge Barrett is an incredible role model for American women and girls. Some will charge that Barrett doesn’t represent all women.

Of course she doesn’t. Neither did Ginsburg. But justices are not nominated to represent anybody, they are nominated to apply the Constitution and ensure equal justice under law.

That is exactly what Amy Coney Barrett will do. 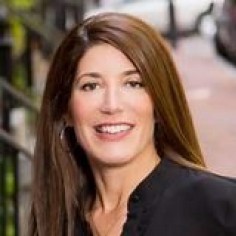 Jennifer C. Braceras is director of Independent Women’s Law Center and a former member of the U.S. Commission on Civil Rights. She wrote this for InsideSources.com.
All Posts »