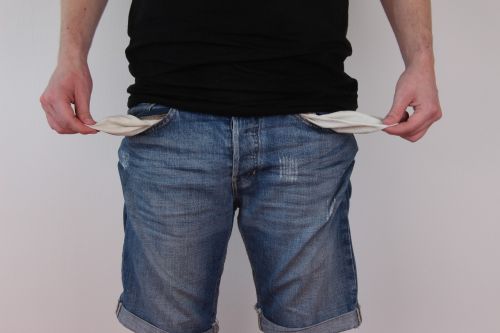 The poverty rate in Arizona fell for the eighth straight year in 2019, to 13.5%, but while advocates welcomed that as “great news” they also cautioned that the state’s economic gains were not shared equally by all Arizonans.

Despite the improvements, the Census Bureau numbers show Arizona’s poverty rate remained higher than the nation, where the rate was 12.3% last year.

And the numbers are almost certain to increase in 2020, advocates say, when the effects of COVID-19 on the economy are factored in.

“I think that the post-COVID numbers will tell a very different story,” said Cynthia Zwick, executive director of Wildfire, an Arizona nonprofit focused on finding solutions to poverty. “I think we’re going to see some fairly drastic changes occur.”

Even before then, Zwick said, there were troubling findings in the 2019 report. In particular, the percentage of Arizona children living in poverty exceeded the national rate, both for children under age 18 and those under age 5.

“I don’t think Arizona is placing the number of children in poverty as a high priority, to be honest,” Zwick said. “I think we can do a lot more to support families that have children.”

She said the problem has been masked by “a general sense that the Arizona economy was doing pretty well in 2019.”

“I think it always overlooks the low-wage workers who don’t have the ability to participate as much in a positive and healthy economy,” Zwick said. “The unfortunate part of this is that it takes a crisis like this (COVID-19) to really help people understand how so many Arizonans struggle day-to-day.”

Children are not the only ones being left behind.

May Mgbolu, an economic policy analyst for the Arizona Center for Economic Progress, said that while the sustained decline in poverty was “great news,” the prosperity was “not a shared story” for all Arizonans, especially in communities of color.

Mgbolu pointed out, for example, that the poverty rate for Native Americans in Arizona was 28.6% in 2019, well above the national rate of 23% for that group.

Dave Wells, research director of the Grand Canyon Institute, said Arizona has relatively high populations of groups less likely to share in economic growth, including Native Americans, Latino immigrants and those without college degrees. That explains, in part, why Arizona’s poverty rate has continued to lag the U.S. as a whole, he said.

And for those in poverty, Arizona does not “have particularly robust state supports,” Wells said. Arizona Cash Assistance, the state’s Temporary Assistance for Needy Families (TANF) program, is particularly meager compared to other states, he said.

“You have to be essentially almost homeless to qualify for TANF in Arizona, and then the benefits you receive are almost nothing,” Wells said.

The Center on Budget and Policy Priorities reported in July that Arizona’s monthly TANF benefit covers about 25% of fair-market rent on a two-bedroom apartment, as determined by the Department of Housing and Urban Development. Only two states, Mississippi and Florida, cover less.

Wells also pointed to Arizona’s maximum weekly unemployment benefit of $240 – only Mississippi pays less, but it has a lower cost of living, he said.

Both Wells and Zwick pointed to child care as another challenge low-income families face.

“Families that are working and have children but can’t afford child care have to make tough choices” between working and keeping their children in a safe and stable environment, Zwick said.

Wells said workers in Arizona do benefit from one of the highest minimum wages in the country. According to the Economic Policy Institute, Arizona’s $12-an-hour minimum wage trails only Massachusetts’ $12.75 hourly wage, California’s $13.00, Washington state’s $13.50 and the District of Columbia’s $15.00. Oregon, Colorado and Maine also set a $12 hourly minimum.

The minimum-wage increase “was a big game changer here in Arizona,” Zwick said. “I think that has made a significant difference.”

While poverty numbers will likely be higher for 2020, Wells expects “they’re not going to go up as badly as they could have” because of federal relief allocated so far. He said the worst-case scenario has been thus far averted by an “unprecedented” federal investment including $1,200 stimulus checks, $600 weekly supplemental jobless benefits and the Pandemic Unemployment Assistance program for self-employed workers.

“I think that’s been absolutely critical in actually keeping people inside their homes, having them be able to make car payments, and so forth,” Wells said.

But things could still get worse without more federal aid, he said. Without more stimulus, “we could easily have a very quick snowball effect” into higher poverty rates.

“We’re at a critical point at this point, because the CARES Act money has pretty much run out,” Wells said. “And Congress hasn’t been able to come to an agreement to step forward yet. And Arizona is not taking any action at this time either.”

“Right now I think what’s needed more than anything else is for Congress to act, and really invest in those families” struggling to make ends meet, she said. But she expressed doubt that more help is on the way.