Living with the Land Lecture Series – The Cosanti Foundation 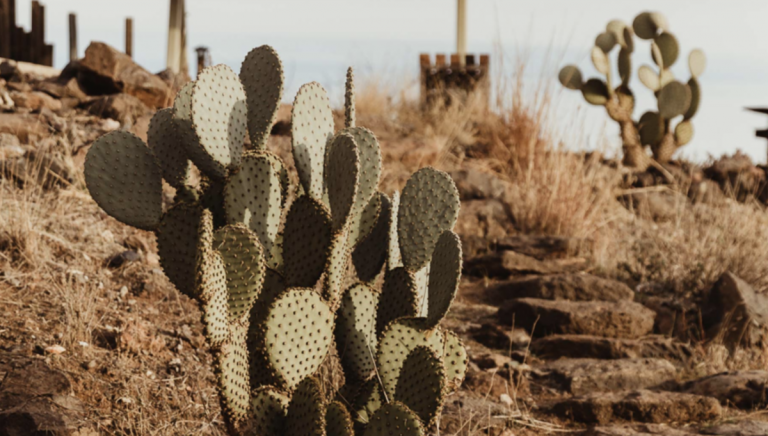 This October, The Cosanti Foundation is proud to present 4 lively lectures on what it is like to live in a harsh desert environment – something Arizonans know a lot about.

Featuring thought-leaders and scholars in their respective fields, the lectures explore and reexamine the delicate balance between the Earth’s ecology and humankind’s impact on our planet. Known for its ecologically significant architecture at Arcosanti and Cosanti, The Cosanti Foundation has long been dedicated to influencing the way the built world is created in balance with the environment.

We invite you to join us in deepening our understanding of how humankind’s habitat in the future will be impacted by climate change’s effect on the environment today.

The Lectures included in the Living with the Land Lecture Series are all entirely virtual. You can watch safely from your own home using Zoom. Zoom is interactive and easy to use – you just need a computer! To access the Zoom button, go here.

How Clean Energy and High Capacity Batteries Are Changing Our World…For the Better!

Several interrelated technologies are quickly transforming the energy and transportation sectors. The changes are coming faster than anyone expected and will profoundly alter how we produce and consume electricity and how we move people and products around.

The old reliable fossil fuel based electric system is being fundamentally transformed by rapidly falling costs for solar panels, wind turbines, and high-efficiency batteries. The electric car and truck revolution is accelerating this trend. Paul Hirt explains the characteristics, causes, and likely consequences of this exciting energy transition that is sweeping the world.

Paul Hirt is a Professor of History and Senior Sustainability Scholar at Arizona State University specializing in water, energy, and environmental sustainability. Hirt’s publications include a 2012 monograph on the history of electric power in the US Northwest and British Columbia titled The Wired Northwest, a 1994 monograph on the history of national forest management since WWII titled A Conspiracy of Optimism (1994), and more than two dozen articles and book chapters on various topics in environmental history. Dr. Hirt is also an elected member of the Board of Directors of Salt River Project.

The Roden Crater Project and the Brilliance of Sustainability

This presentation will introduce James Turrell’s Roden Crater project, a site-specific work of monumental art outside of Flagstaff, Arizona, as an example of sustainable thinking. The project cooperates with the surrounding environment and results in something truly beautiful and inspiring.

It is brilliant in its use of light, in its thoughtfulness with its surroundings, and in the ways it directs participants to reflect upon themselves in relation to their surroundings. The project shows us that, far from taking us back to the dark ages, sustainability is both exciting and forward thinking.

Dr. Matthew Goodwin is Senior Lecturer of Philosophy at Northern Arizona University where he teaches environmental ethics, aesthetics, and phenomenology. He is an Arizona Humanities AZ Speaks Road Scholar, and co-founder of Sedona Philosophy.

Arizona Water Use and Farming Cultures, Prehistory to the Present

This presentation covers humankind’s water use and food supply interactions with Arizona’s ecology from Clovis Culture hunter-gatherers to proto-farmers to Hohokam irrigation canals, Hopi and Tohono O’odham dry farming, and present-day American farmers. We will examine archaeological studies of how overhunting and climate change affected the wooly mammoth populations and the experiments with agriculture that followed. From proto-farmers attempts to increase growth of certain plants to some of the earliest irrigation canal projects in North America.

The Southwest’s indigenous people developed methods to survive the regions’ harsh climate. The Hopi and Tohono O’odham cultures not only altered their physical environment but developed a cultural belief system that espoused frugality and harmony with their natural surroundings. This presentation will also look at the life works of Professor Robert Forbes, who served at the University of Arizona Agricultural Experiment Station in the early 1900s and went on to father Arizona’s first groundwater laws as an Arizona legislator in the 1950s.

Jim Turner moved to Arizona in 1951 and earned his masters degree in U.S. history from the University of Arizona in 1999. He has been an Arizona historian since 1976 and he retired from the Arizona Historical Society in 2009 to write Arizona: A Celebration of the Grand Canyon State. He taught Arizona history at Canyon del Oro High School for his student teaching in 1976, for the University of Arizona in 1999, for Central Arizona College 2009-2011, and has been a presenter for Elderhostel and Arizona Humanities for the past ten years. He is now an author and editor for Rio Nuevo Publishers, where his books include The Mighty Colorado from the Glaciers to the Gulf, Four Corners USA: the Wonders of the American Southwest, and The Navajo Code Talker Manual.

The Value and Importance of Water in the Desert: The History of Agua Caliente Spring

Water. In our desert environment, it is a precious resource that none of us can live without. It has significant values, both natural and cultural. A spring of cool, clear water is an oasis, a respite from the heat; it is seen as a place of healing; and many are drawn to it as a traditional, sacred site. Agua Caliente Spring in southern Arizona has been an important community attraction for millennia.
Over the last 150 years, owners, both private and public, have struggled to protect, and at the same time, to share this remarkable resource and its surrounding landscape. The challenge of balancing different, and sometimes conflicting, values is instructive for us today.

Robin Pinto studies the evolution of cultural landscapes in Arizona and focuses on four issues of historic change: early settlement and homesteading, New Deal federal work programs, ranching on public lands, and development of our national parks. She has an MLA and PhD from the University of Arizona. She writes landscape assessments for the National Park Service and works with the BLM to study landscape change at the Empire Ranch and Cienega Creek watershed in southern Arizona. She volunteers with a number of land trusts and preservation organizations. With three other historians, she recently published a book called “Cowboys and Cowgirls around Ajo, Arizona.”

For the November lectures and the Zoom links for the lectures, visit the Arcosanti page here.

PrevPreviousArizona Is the 4th Least Safe State for Schools to Reopen – WalletHub Study
NextAmy Coney Barrett: ‘Judges are not policymakers’Next