Opinion: Online Piracy Is Digital Looting, and It Needs to Stop 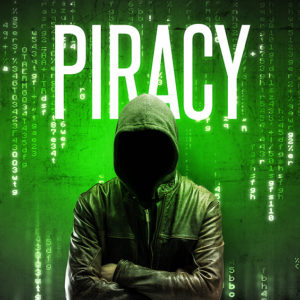 The global pandemic has provided an opportunity to see the best in society: the doctors and nurses who are risking their lives to care for patients; the teachers who are working tirelessly to educate students remotely; and the many volunteers who have sewn masks to help stop the spread of the virus. For the rest of us, doing the right thing and staying at home has inevitably led to more time streaming our favorite shows and movies to provide much-needed respite from the dumpster fire that is 2020.

Unfortunately, some people are exploiting this tragedy for their own gain. While there are many laws to deal with nefarious sellers engaged in price gouging or touting miracle cures, those who are systematically engaging in digital piracy for profit — stealing untold millions worth of movies, TV shows, music, eBooks and more — have largely gotten a free pass, making money off other people’s hard work, even as many in the entertainment industry remain unemployed. Online piracy is nothing more than digital looting, and it is high time policymakers crack down on this abhorrent behavior, especially if we want new content to keep us entertained when life returns to normal.

While digital piracy is not new, it has gained renewed attention as millions have been forced to stay home to protect the spread of the virus. Muso, a piracy tracking firm, found online movie piracy in the United States increased 43 percent at the start of the pandemic. And Google searches for the popular video piracy site Soap2day were 50 times higher in mid-April than in the prior year. Sites such as this allow people to stream TV shows and movies, including many still in theaters, for free, sometimes without users even realizing that they are doing so illegally.

These sites hurt both consumers and businesses. The operators make money by either asking for paid subscriptions or showing users pop-up ads directing them to other shady sites that often load malware on their devices. So, while consumers are streaming the latest Hollywood films, the sites may be downloading malicious code that hijacks their browser searches and puts them at risk for identity theft.

Moreover, these illegitimate sites divert users who might otherwise use legal streaming services like Netflix, HBO Go, Disney Plus, Hulu, and Amazon Prime, which represent an increasingly critical market for content creators.

With more than 140 legitimate streaming services providing a range of content at different prices, consumers have never had so many legal options. Yet, piracy threatens to undercut their viability. Last year, online video piracy was responsible for $29.2 billion in lost U.S. revenues, 230,000 lost American jobs, and $47.5 billion in reduced GDP — increasing the U.S. trade deficit, since most piracy sites operate overseas. Given that the film and television industry will lose billions in the pandemic due to slumping advertising and ticket sales, these criminal operations are only adding to the economic pain of workers in the entertainment industry, a sector that employs many non-college-educated individuals.

Using the courts to shut down piracy sites is slow and expensive, and seeking redress in foreign countries and from foreign operators is most often a lost cause. But U.S. policymakers can do more to get various internet stakeholders to work together to crack down on these sites. For example, search engines regularly remove links to known infringing webpages from their search results, and the major online ad networks and payment processors have all taken steps to fight internet piracy by preventing illicit sites from using their services. But others ignore the problem. For example, Cloudflare, a company that helps websites load quickly and withstand traffic surges, routinely overlooks the many piracy sites that rely on its services. Similarly, some internet domain name registrars have a poor track record of allowing known infringing sites to continue using their services.

The companies that ignore the problems tend to claim ignorance, arguing they don’t know whether sites are engaged in piracy. Here is where government can help. Congress should direct the Department of Justice to develop and maintain a list of foreign websites that are substantially engaged in online piracy (any domestic sites are subject to existing U.S. law). The goal would not be to identify sites that might be hosting a few copyright protected works inadvertently, but those whose primary purpose is to distribute copyright-protected content at scale.

Equipped with this information, more internet stakeholders would be more likely to do the right thing voluntarily and stop allowing piracy sites to use their services.

Of course, this is not a silver bullet. These criminals will still search for new ways to profit from other people’s content. But right now, not enough stakeholders are doing their part to stop piracy, and given the cost to workers and the American economy, this needs to change.

Nigel Cory is associate director of trade policy at the Information Technology and Innovation Foundation. Daniel Castro is vice president of ITIF and director of its Center for Data Innovation. They wrote this for InsideSources.com.
All Posts »