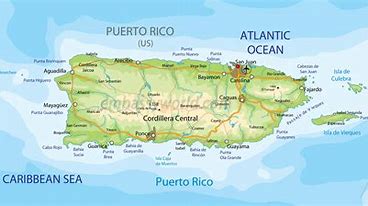 Opposition to statehood for the District of Columbia and Puerto Rico has emerged as a selling point among Republicans running for re-election.

President Trump, for example, opposes statehood for D.C. evidently because voters there are likely to elect Democrats to Congress; and he opposes statehood for Puerto Rico because, as he has complained, Mayor Carmen Yulin Cruz of San Juan criticized his response to Hurricane Maria. Senate Majority Leader Mitch McConnell, who is running for re-election in Kentucky, has likewise balked at statehood for D.C. and Puerto Rico, infamously calling the idea “full-bore socialism.” And senators Jim Risch of Idaho and Martha McSally of Arizona have similarly warned voters that their re-election is necessary to thwart D.C. and Puerto Rico statehood.

Meanwhile, nearly 4 million American citizens living in the District of Columbia and Puerto Rico must watch this debate unfold from the sidelines because they lack voting representation in Congress — and voters in Puerto Rico are additionally deprived of a vote in presidential elections. That is a shameful legacy of colonialism, which is wholly at odds with the intent of the Constitution’s authors — who, after all, rebelled against their own lack of representation in British parliament based on the immutable principle that governments derive their just powers from the consent of the governed. Republicans should remember that before blindly following Trump’s lead on the issue of D.C. and Puerto Rico statehood. Here are some other things they ought to remember:

First, with the exception of the 13 original states, every state entered the union by the grace or caprice of Congress and were no more entitled to statehood than D.C. and Puerto Rico are today. Kentucky, for instance, became a state only after Congress persuaded Virginia to cede what would become the Bluegrass State to the federal government. The Republican-controlled 51st Congress preserved the GOP’s narrow Senate majority in the 1890 elections in part by admitting Idaho and five other Republican-leaning states into the union. And the Republican-controlled 61st Congress conditioned Arizona’s admission into the union on officials there amending their state constitution in conformity with congressional demands.

Senators McConnell, Risch and McSally should remember that history before casting aspersions on other Americans seeking equal footing.

Second, reducing statehood questions to calculations of partisan congressional arithmetic is short-sighted and morally bankrupt. After all, the Democrats who controlled the 85th Congress pushed for Alaska’s admission into the union in part because it was solidly Democratic. Alaska has nevertheless had at least one Republican senator since 1968 and hasn’t elected a Democrat to the House of Representatives since 1972. Political alignments wax and wane.

Yes, D.C. is solidly Democratic now; but the presumption that it always will be is an act of faith, not an empirical certainty. Puerto Rico, meanwhile, has elected Republicans to represent the territory in Congress for eight of the last 16 years. Indeed, Puerto Rico’s proclivity for electing Republicans to Congress should actually be a powerful GOP argument for statehood, not against it.

Those facts aside, however, there is simply no morally defensible justification for denying millions of Americans equal rights and representation to preserve a real or perceived partisan advantage in Congress or the White House. Americans are Americans, wherever in our nation they may live.

Third, it is impossible to assess opposition to D.C. and Puerto Rico statehood without considering race. D.C. is one of the most racially diverse places in the United States, and Puerto Rico is overwhelmingly Hispanic or Latino. As we weigh the inclusion of D.C. and Puerto Rico in the sisterhood of states, we must also ponder the harmful effects of the exclusion of communities of color from the policy making process. Acknowledgement of that harm indeed drives the rising force of the Black Lives Matter movement as Americans awake to the intergenerational harm of implicit bias in policing and governance. There is simply no substitute for enabling every American voice to be heard, and there is simply no way to achieve that without ensuring that every American has voting representation in Congress and a say in who serves in the White House. In other words, nothing short of statehood will do.

For the first time in three generations the United States is seriously debating adding one or more stars to the flag, thereby bringing our union one step closer to completion. Those who oppose that progress stand on the wrong side of history. Voters should keep that in mind when they go to the polls in November.

Scott A. Olson is a former congressional staffer and a political partner of Truman National Security Project. He wrote this for InsideSources.com.
All Posts »

PrevPreviousBye-bye bipartisanship: Unity after 9/11 attacks is a relic in 2020
NextObservations on the BLM March in PrescottNext

2 thoughts on “Opinion: Statehood for D.C. and Puerto Rico”