Opinion: More Could Work From Home If States Would Let Them 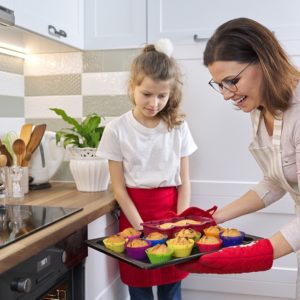 Minnesota entrepreneur Nicole Pomije knows firsthand how a small residential business can grow into something more. She launched The Cookie Cups bakery from her home in 2015, and today the enterprise offers catering services, classes and over-the-counter sales at two retail locations near Minneapolis.

“It’s extremely satisfying that I can come into my office, located in my second bakery, and hear people baking in my kitchen that I built,” she says. “It’s amazing what we’ve done over the past five years.”

Pomije provides a pattern for growth during COVID-19, when conditions require more people than ever to work remotely. Bakers with access to blenders and ovens under their own roofs can give a much-needed boost to local economies without leaving home. No-contact product delivery is also possible.

Unfortunately, government regulators put limits on many types of home-based businesses, including homemade food production. The annual sales cap for Minnesota home bakers is $18,000, which translates to even less pay after subtracting expenses. Many other states enforce even tighter controls, which makes no sense — especially during a global pandemic.

New research from the U.S. Department of Agriculture documents the benefits when states allow homemade food sales. “Cottage food” laws, which govern the microenterprises, give thousands of people increased freedom to buy and sell safely in their own communities. Related research from the nonprofit Institute for Justice, cited in the USDA study, shows that cottage food business owners are overwhelmingly women, live in rural areas and have working-class income.

Many of these entrepreneurs prefer to keep their businesses small, especially when they have obligations at home or limited mobility. Cottage food producer Kristy Thompson, for example, cannot work outside her home in Bismarck, N.D., due to diabetic neuropathy and seizures. Other entrepreneurs like Pomije use their residential kitchens as a gateway to brick-and-mortar retail. Either way, “growing the pie” becomes somewhat literal when regulators let people bake.

Pomije already is planning her next leap forward with shippable cookie and pizza kits. The innovation, conceived in response to COVID-19, will let homebound customers anywhere in the nation make their own treats in miniature muffin tins — the same way Pomije does hers. “We wanted people to be able to order the kit and have this Cookie Cups experience right at home,” she says.

The jump from cottage food producer to store owner to nationwide distributor would have been even harder under Minnesota’s old regulatory scheme, which capped annual cottage food revenue at $5,000 and banned sales out of the home and online. Sellers like Pomije had to travel to community events like farmers’ markets. And if they sold too much because people liked their products, they had to pause — even if they hit the government-imposed sales limit early in the year.

Fortunately, litigation from Institute for Justice helped spur legislative reform in 2015. Since then, more than 5,000 cottage food businesses have emerged in Minnesota. During the five-year span, 18 other states and the District of Columbia created cottage food programs or expanded existing laws.

The next reform might come in New Jersey, which remains the only state that completely bans homemade food sales. Following an Institute for Justice lawsuit, New Jersey lawmakers have introduced legislation that would bolster proposed new rules from state health officials.

None of the science points to any downsides. Yet conditions remain harsh for cottage food producers in many parts of the country. Despite legalized sales in New Mexico, for example, city officials impose a cottage food ban in Albuquerque. Rogue regulators tried something similar in Lincoln, Neb., attempting to nullify a statewide law.

Rhode Island, meanwhile, allows only farmers to sell homemade food. And North Dakota, which passed one of the nation’s best cottage food laws in 2017, reversed itself in January with new Health Department rules that erase the progress.

Even in Minnesota, unnecessary restrictions remain. Besides the $18,000 sales cap, the state bans cottage food producers from registering as limited liability companies, which leaves them exposed to business debts and lawsuits.

Pomije’s bakeries show the folly of such interference. Home-based business owners find revenue, consumers find locally produced products, and jobseekers find employment when regulators get out of the way and let people pursue their dreams. That’s a recipe for success.