Opinion: Will an Ambulance Be Available When You Call? 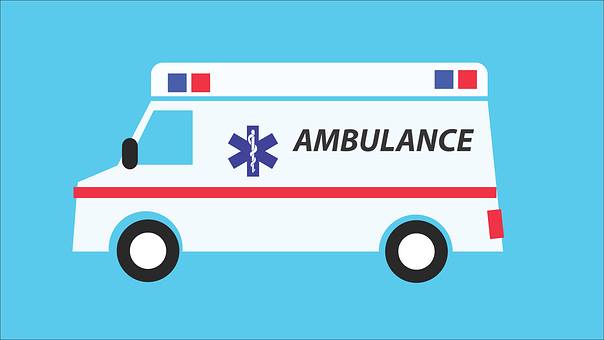 Our emergency medical services professionals have been devastated by the pandemic. By August 3, 35 emergency medical technicians and paramedics had died from the coronavirus nationwide, and the rate of COVID-19-fatalities for medics was about four times higher than the rate for firefighters.

Thousands of medics have been afflicted, many will never be able to return to their jobs. Now, across the country, many medics are retiring and resigning, and EMS agencies are struggling to staff ambulances.

Immediate action is needed to save the EMS system.

Since the start of the pandemic, EMS medics have endured overwhelming call volumes and worked endless overtime shifts caring for critically ill patients. Insufficient supplies of personal protective equipment such as masks, gloves and gowns exposed the medics, their patients, their co-workers and their families to heightened risks of infection. Many medics slept in their cars to avoid returning home and potentially infecting their families. Three New York City medics committed suicide since April.

Before the pandemic, EMS agencies in the United States responded to more than 40 million calls for assistance each year. In addition to crashes and heart attacks, EMS is often the health care provider of last resort for people of color, the poor and the disenfranchised. Medics may be the only health care providers in many rural communities. But as opposed to police or fire departments, in many jurisdictions EMS is often not designated as an essential service.

EMS agencies have been struggling to survive for years. Health insurance agencies, including Medicare and Medicaid, pay only a small fraction of the true costs for providing professional EMS care. The low reimbursement has meant that EMS agencies are grossly underfunded and have little to no surge capacity for disasters, inadequate resources to devote to systems development, and insufficient funding for salaries and benefits. Medics in the United States are paid salaries far less the national average and about half of what police and nurses are paid. Many medics work multiple jobs to make ends meet.

In other countries adequately funded EMS agencies have the resources to devote to systems development and community health. In many countries, medics provide home-care and are involved in a myriad of injury prevention and community health programs that actively contribute to reducing mortality and morbidity. These programs include home wellness checks. An April 4 news article noted that medics performing home checks may be a big part of the reason Germany had such a low COVID-19 fatality rate.

Before the pandemic, EMS agencies in the United States were losing about a quarter of their employees every year due to factors such as low pay, insufficient staffing, heavy workloads, poor benefits and high injury rates. For example, medics in the U.S. have an occupational fatality rate comparable to police and firefighters, and an injury rate far above the rates for police and firefighters. Yet despite the high risks of the job, some EMS agencies in the U.S. provide no sick time and no health insurance for their medics.

Now, after years of being neglected, poorly paid and poorly equipped, medics are leaving. Many thought that after 9/11 they would finally be recognized for their contributions to society, now they just feel overwhelmed and abandoned. There are few strikes, pickets or demonstrations. Instead, weary from the enormous workload they have already endured and burned out from working multiple jobs, medics are leaving.

To save the EMS system, EMS must be legislated as an essential service in every state, and funding must be adequate to provide for professional salaries and benefits, and surge capacity for disasters.

EMS medics deserve a heroes’ recognition for what they have done. But now is the time to ask: Who will handle the impending disaster of pandemic surge, flu surge and insufficient PPE expected this fall? Will an ambulance be available when you call?

Brian McGuire and others

Brian Maguire is an epidemiologist with Leidos, an adjunct professor at both Central Queensland University and Mitchell College, and a former paramedic and manager in the NYC emergency medical services system. Barbara O’Neill is an associate professor of nursing at the University of Connecticut. Paul Maniscalco is president emeritus of the International Association of Emergency Medical Service Chiefs, a former president of the National Association of Emergency Medical Technicians, and worked for more than 20 years in the New York City Emergency Medical Services as a deputy chief, instructor and paramedic. Daniel Gerard is the EMS coordinator for the City of Alameda Fire Department, the president-elect of the International Association of EMS Chiefs. Kathleen A. Handal is an emergency medicine physician, the medical director of the Office of Emergency Medical Services at the Arizona Department of Health Services, and chair of the ACEP EMS committee. They wrote this for InsideSources.com.
All Posts »