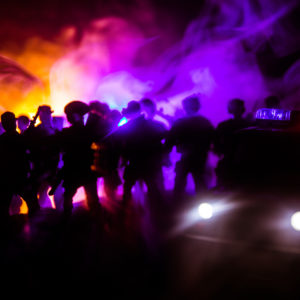 A wooden barrier was blocking the street, and a policeman was standing beside his patrol car. Accident? Arrest? Nope, “protests,” the cop told me. A few blocks toward the center of the capital, more police cars cut off main avenues. Over the radio came word that demonstrators were near the White House shouting slogans.

The spirit of protest is not only alive and well but getting louder as the days wind down toward the most controversial, divisive election in memory. While President Trump denounces his foe, Joe Biden, as “a socialist” on the side of vandals and rioters, Biden blames Trump for fueling the unrest, encouraging the rightists, holding him responsible for the violence wracking American cities.

It’s easy for both sides to accuse the other. They all cite numerous examples beginning with the killing of George Floyd in Minneapolis by a veteran policeman.

Then there was Jacob Blake, paralyzed by seven shots fired by a policeman, and two men shot and killed by a 17-year-old kid. All in the same city in Wisconsin.

Radicals and anarchists even the score somewhat with the killing of a rightist by a gun-crazed Antifa, “anti-fascist,” in Portland, Oregon. Those rank among the publicized cases. The list goes on and on while Trump praises the cops and Biden calls for an end to violence.

In this contest between the law-and-order president and his reformist contender, extremists blur the middle ground while both sides bob and weave for political advantage. Trump gives every impression of loving it. He’s counting on the revulsion of an uncertain electorate.

Reports of looting of shops, of police departments set ablaze, of rioters exploiting the Black Lives Matter movement burn into the psyche of millions glued to screens shocked by all they are seeing.

Biden, ahead in the polls, is nonetheless waging what may be an uphill campaign. He has to position himself as an ardent foe of the violence but also as a crusader committed to fighting the evil of a president on the side of all that’s wrong. For Biden, the challenge is to be not anti-protest but anti-Trump. Trump counts on winning votes from the protests against him.

In one intense conversation, I find myself caught between two anti-Trumpeters with different views on what Biden should do. One says Biden has the middle-of-the road moderates on his side and now should appeal to the leftists, who see him as too willing to cave in to demands in the quest for compromise.

The other says the leftists, with nowhere else to turn, will be for him anyway and he has to win the votes of the masses in between.

For Trump, the course is clear. Cops are good, maybe a few bad apples among them, but they’re great.

In a back-handed way, he even defends the policeman who kept on firing into the man whose offense was to have resisted arrest, and he says the video of the 17-year-old who killed two people leaves open the question of whether the kid was justified in firing.

These arguments appeal to a lot of people who are not going to go on TV and say Trump is right. You get a sense of the mood watching cable TV, pro-Trump conservative Fox versus the moderately liberal CNN versus MSNBC, definitely liberal if not leftist. They pick and choose quotes, interviews and scenes to reflect quite differing perspectives.

Trump doesn’t have to go far to find enemies to pillory for failing to defend law and order. The morning after I saw police cars at key intersections in Washington, he was tweeting and talking about the inability of D.C.’s mayor, Muriel Bowser, to hold the troublemakers in check, to provide the security needed to fend off the anarchists who would love to take over the capital.

The attack on the mayor appeared a little unfair considering the police presence I’d seen, but she’s playing right into Trump’s hands thanks to the recommendations of a committee she formed that is charged with renaming D.C. monuments, parks, schools and much else. Among other names the committee doesn’t like are the Washington Monument and the Jefferson Memorial, two beloved icons that symbolize the founding of the country.

True, George Washington and Thomas Jefferson, gentlemen from across the Potomac River in Virginia, owned slaves before and even after gaining independence for the new nation, but Trump is having no problem winning votes by denouncing her for betraying the legacy of the American revolution. 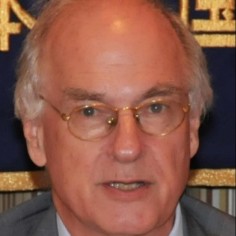