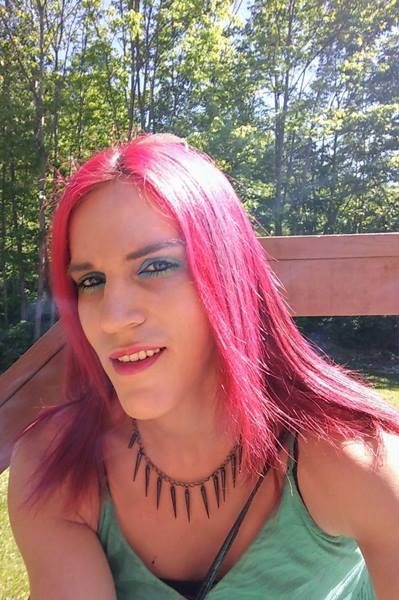 When Republican voters in Cheshire County, N.H., went to the polls last week, little did they know they would be the critical ignition point of a national news story that would spread like wildfire coast to coast.

We at Cornerstone, a pro-family group in the Granite State, got a hint of the notoriety to come the day after the primary as we began to receive frantic calls and emails from our network.

And, what was the fuss about?

A self-described transsexual Satanic anarchist with the campaign slogan “F*** the Police” had just captured the GOP nomination for county sheriff. Even as we write this, we have a hard time wrapping our heads around it.

But, these are the numbers faithfully recorded on the Excel spreadsheet from the N.H. secretary of state. Aria DiMezzo, the only registered Republican candidate, had sailed away with the nomination by capturing 4,211 votes. Four write-in candidates, including the previous Republican challenger, were left with a part of the remaining 657 votes.

It wasn’t done under the table. Far from it.

As DiMezzo wrote: “It’s all there. None of it is a secret. I couldn’t possibly have been more upfront about who I am, or my position on things. … Did none of you remember the six foot tall tranny who ran for sheriff and then city council?”

We have to acknowledge that DiMezzo has a point, especially when observed: “Really, whose fault is this? You don’t know anything about the people you’re voting for. You’re just blindly voting for them because you trust in the party, you trust in the system.”

We don’t fault the candidate. DiMezzo followed the rules and was free to run as a Republican. But there is plenty of blame to go around. Let us count the ways:

—There were no other Republican candidates. With the exception of write-ins, DiMezzo ran completely unopposed. Voters who pulled a Republican ballot could either vote for DiMezzo, write in a candidate, or leave it blank. Clearly, many voters voted for a candidate they knew nothing about.

—Voters were uninformed. We don’t know how to sugarcoat this, so we won’t. Even our Cornerstone team members acknowledge getting into a voting booth and encountering a race and a candidate they know nothing about. But, a vote is a vote and carries the same weight as the one from the most knowledgeable voter. Elections have consequences.

—Trust was misplaced. You would think because a candidate says they are a Republican or a Libertarian or a Democrat, they are and embrace the values of their stated party. No. If this should tell us anything, it is that there is no litmus test for party affiliation.

—We are too apathetic about local government. It’s easy to get caught up in national or statewide races, but we often have no idea who is serving our towns and counties. Especially considering our decentralized form of government, that is no small tragedy.

—There is a silver lining here. DiMezzo’s outspokenness has some lessons to teach all of us, and we should take them to heart. In addition to our (many) differences with the candidate’s views, we disagree on one critical point — the system may appear “broken,” but it is not irretrievable. As individuals and citizens, we can resolve to make it better right now.

—Consider running.  Who serves in every public office or position is important. Don’t wait for party organizations to do (or not do) the work. Ask yourself what you can do, or help identify the quality candidates we need to serve, candidates that actively share your values.

—Get informed. Especially in these times, we can’t afford to elect candidates who don’t represent us or our values. A quick look at DiMezzo’s Facebook page or website would have been enough to make an informed decision. Check out our 2019-2020 Legislative Scorecard as a start. And, if you don’t know a candidate, don’t vote for him/her. It’s better to leave it blank. If you don’t believe us, we have a story to tell you.

—Vote for the better candidate. Often, we are faced with a choice of candidates, none of whom would be our ideal representative. As voters, sometimes we have to play defense. Ask yourself if there is someone you really don’t want to represent you or the community. Voting for the “better” candidate will help ensure they don’t.

—Vote for values over party. If this has taught us nothing, it is that party affiliation cannot be confused with the candidate or their values. Decide what’s most important to you and assess your candidates accordingly. You’ll feel better about your vote, we promise.

—Don’t stop at the ballot box. Many of us believe our civic duty begins and ends at the ballot box. It doesn’t. Those who are elected to serve us need to hear from us throughout their terms. Stay on top of the issues, especially those most important to you, and make your voice heard. Your representative who agrees with you will have welcome reinforcement and the one who doesn’t will know you’re watching.

Long after this sensational story dims, the core needs of our election system and government will remain. Yes, the system was broken here. The strength and integrity of our government and election process is only as strong as we are, and this was a “fail.”

But that is good news. With shared corporate responsibility and investment, we can make it better and ensure it works for us. We can’t afford to sacrifice our precious freedoms on one anarchist’s altar.

If you agree, what are you going to do?

Shannon McGinley is a founding board member of Cornerstone Action, the public advocacy arm of Cornerstone Policy Research, and she currently serves as the executive director of both organizations. She wrote this for NHJournal.
All Posts »

PrevPreviousOpinion: Will an Ambulance Be Available When You Call?
Next2020’s Best & Worst Places to Retire – A WalletHub StudyNext