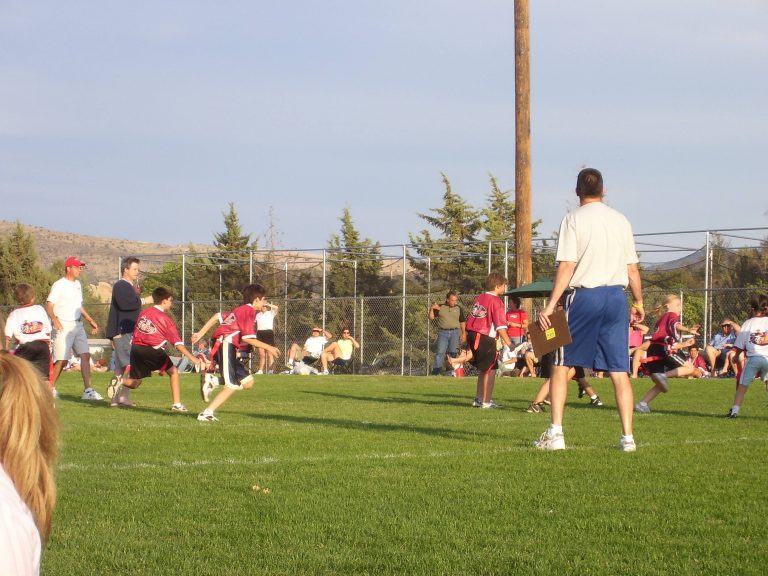 The James Family Prescott YMCA’s 17th Annual Youth Flag Football League season is almost here. The League for boys and girls, ages 6-15  will kick off September 28th and run through the middle of November.

Did you know that James Naismith, the “Father of Basketball,” is said to have invented the football helmet to protect his damaged ears while playing football for the YMCA International Training College in 1891.

Professional football began at a YMCA. In 1895, in Latrobe, PA, John Brailer was paid $10 plus expenses by the local YMCA to replace the injured quarterback on their team. Years later, however, Pudge Heffelfinger claimed that he was secretly paid to play for the Allegheny Athletic Association in 1892. The NFL elected to go with Pudge’s version of events.

The games of Touch and Flag Football have been around nearly as long as tackle football. The first remembrance of these types of games is “Touch and Tail” Football, which was played was in the 1930s. Flag football as we know it today was developed on military bases in the early 1940s as a recreational sport for military personnel. After World War II, recreational leagues soon developed.

Jaime DeJoseph, YMCA Sports Director says “The Y is the starting point for many youth to learn about becoming and staying active, and developing healthy habits they’ll carry with them throughout their lives. The benefits are far greater than just physical health. Whether it’s gaining the confidence that comes from learning to swim or building the positive relationships that lead to good sportsmanship and teamwork, participating in activities at the Y is about building the whole child, from the inside out.” 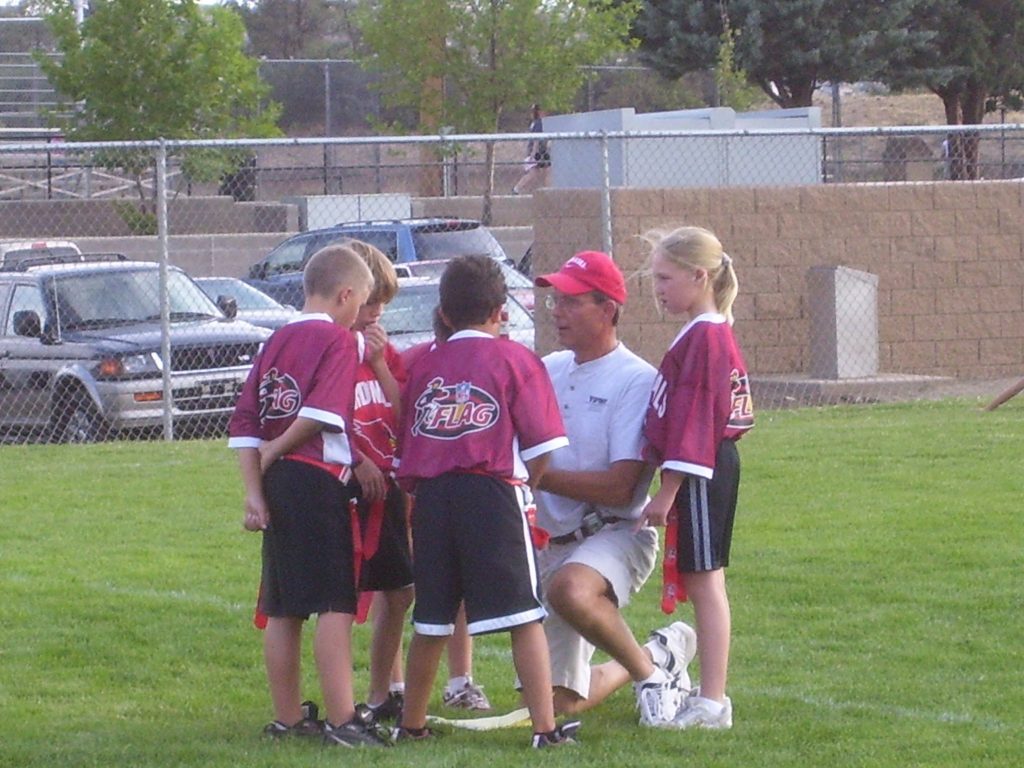 Our Youth Flag Football League exists for the youth of our community, providing them with the opportunity to experience and develop football skills. The primary objective of the YMCA is to develop people, not professional athletes. Our volunteer coaches are dedicated to developing youth and will emphasize the values of caring, honesty, respect and responsibility. The league consists of 3 coed age divisions: 6-8, 9-11 and 12-15. “Our League provides a safe and fun environment where kids are able to learn the foundations of football from people who care about them,” said Jaime DeJoseph, Sports Director. 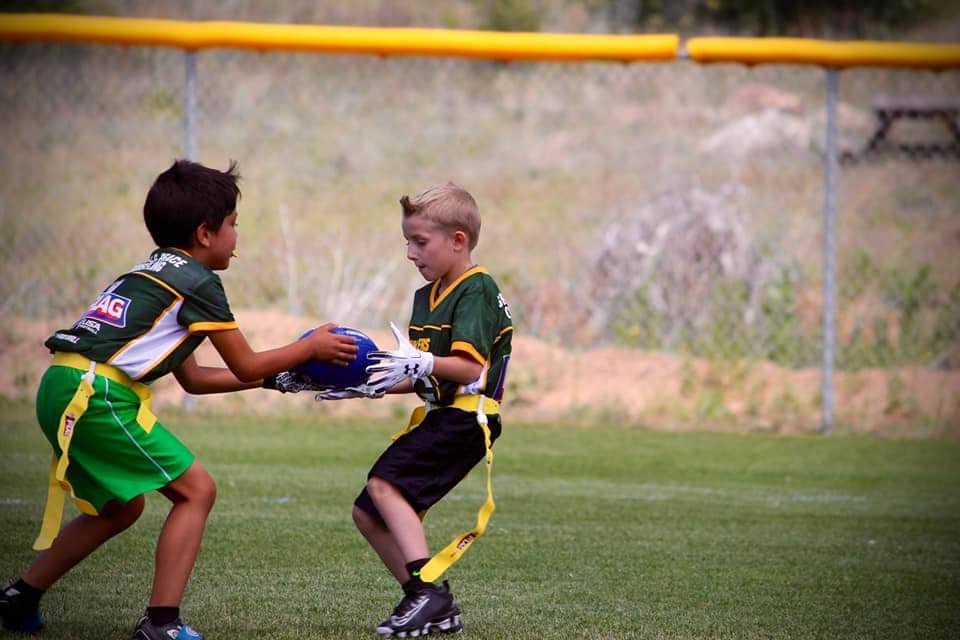 The James Family Prescott YMCA would like to thank the following people for helping make a difference in the lives of the youth in our community. Our  individual team Sponsors, Volunteer Coaches, Portrati Park by J, Prescott Unified School District and City of Prescott. We couldn’t run this League without all of our amazing partners and volunteers. To volunteer or sponsor a team or for more information, feel free to contact Jaime DeJoseph at jaime.dejoseph@prescottymca.org or 928-445-7221 x233

The James Family Prescott YMCA is a community within a community serving our diverse population in the quad-city area. As a leading nonprofit organization, the YMCA exists to strengthen the foundation of the community. The YMCA has served the local communities in Prescott, Prescott Valley, Chino Valley and Dewey/Humboldt since 1974; offering over 60 health, wellness and community programs within the four-building facility.

The YMCA is dedicated to providing affordable programs and services to benefit people of all incomes and backgrounds. Thanks to the generous support of those who donate to the Y’s Annual Campaign and other fundraising events, financial assistance is available to those who cannot afford the full fee and qualify for assistance.

The YMCA aims to provide each member with every opportunity to reach farther and improve their lives and the lives of those around them. Through Youth Development, Healthy Living and Social Responsibility, the YMCA’s goal is to inspire positive and lasting social change. For more information visit www.prescottymca.org.

The Y is one of the nation’s leading nonprofits strengthening communities through youth development, healthy living and social responsibility. Across the U.S., 2,700 Ys engage 21 million men, women and children – regardless of age, income or background – to nurture the potential of children and teens, improve the nation’s health and well-being, and provide opportunities to give back and support neighbors. Anchored in more than 10,000 communities, the Y has the long-standing relationships and physical presence not just to promise, but to deliver, lasting personal and social change. ymca.net