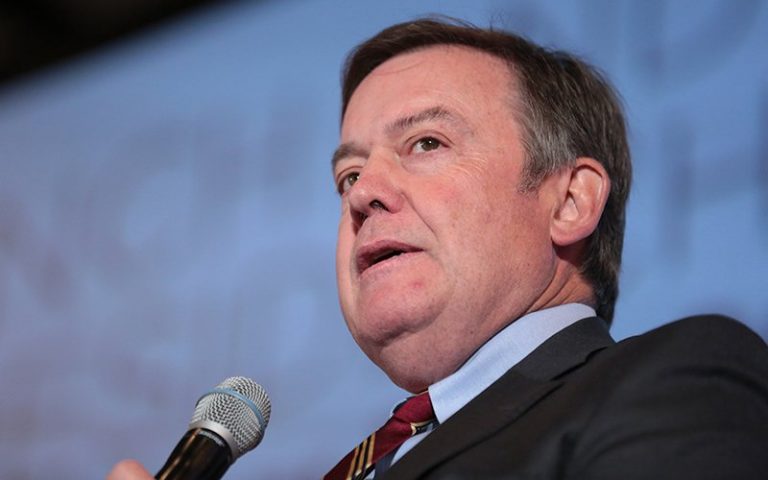 Arizona State University has launched a 25-point plan to build the success of the Black community on campus, promising to hire more Black faculty, develop graduate and doctoral fellowships from underserved communities and build a multicultural space – a plan met with measured praise on Thursday.

No specific dollar amounts were attached to the initiatives, but Crow mentioned the university will track demographics on student enrollment and hold the university accountable for such promises as placing 30 post-doctoral fellows from underrepresented communities on the tenure track.

He said the steps came from a flood of about 400 recommendations to ASU on how to address social justice after the police killing of George Floyd initiated a season of racial reckoning around the globe, including at ASU.

Crow wrote in the email said the deaths spur a reminder to reflect “and to acknowledge our institutional responsibility to do more than we ever have before in the fight for equality and social justice.”

“While looking over the 25 initiatives, they were great,” Braveboy said, adding they are the first step towards a more inclusive campus. She said the BAC and other campus coalitions have been working for years to get a multicultural center on every ASU campus. Crow generally pledged a “multicultural space” but the BAC hopes it matches detailed plans they have created for a facility.

“However, there are a lot of things missing,” Braveboy added.

She said that Crow said ASU police will get training but there was no mention of a BAC proposal to defund campus police and how the school will address racist behavior toward students and faculty of color.

“There’s so many instances of racism that students report every year, and nothing has been done about it,” Braveboy said. “I feel as if this is a great start, but policy and things that are actually going to end system systemic racism have not been addressed.”

“He finally acknowledged the Black community and what we have been experiencing over the past couple of months (but) police brutality did not just start in 2020,” Braveboy said.

Jean Boyd, a member of the We 22 coalition of Black leaders in ASU sports, believes that Crow’s initiatives will help ensure accountability. He pointed to initiative No. 25, which commits ASU to having a police force where all the officers have a bachelor’s degree or gives them the opportunity to earn one.

“There are a lot of measurable recommendations here that people can look back and say ‘progress is being made toward that,’” Boyd said.

Speaking from the perspective of a Black ASU graduate turned faculty member, Boyd said he is proud of the recommendations. He believes committing to an advisory council that includes Black staff will help generate ideas not found on Crow’s list.

“As you’re convening a thoughtful group of Black professionals and students, that group will be most in tune with what the needs are and with what mechanisms may be critical to the overall improvement,” Boyd said.

A few of the initiatives had timing attached – ASU said it will hire 10 Black faculty “this year” and promised the assembly of an Advisory Council on African American Affairs of students, faculty and staff to meet as soon as this month. But many initiatives did not set a timeline.

The BAC has since created a suggested timeline and shared it, with its official statement, in an Instagram post.

Ian Moulton, an ASU professor, said he noticed a pattern of progress.

“A public announcement of a list like this is a good thing in the current environment that we’re in – that a public university is standing up and saying ‘This is what we believe in and here’s what we’re going to do,’ ” Moulton said.

Moulton, who serves on the President’s Academic Advisory Council, said the plan was broadly outlined so the school can evolve and allow room for obstacles that may be ahead in a shifting political climate.