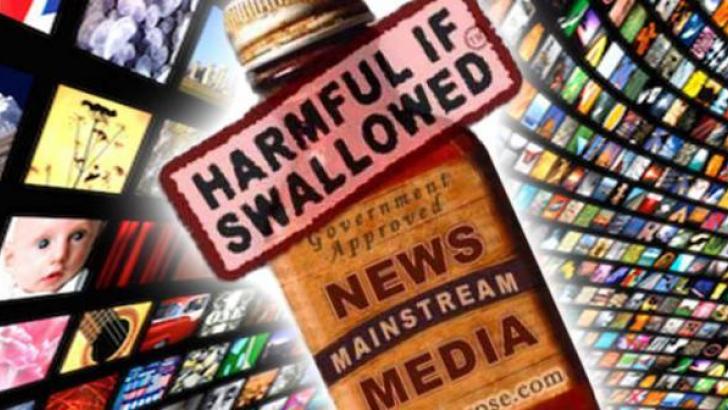 The first thing to remember is the media rule, “If it bleeds, it leads.” Anyone who has had contact with the media on a regular basis, knows that there are deadlines and more often than not, a whole story is seldom aired or printed the first time. If one is dealing with honest reporters of fact, all or most of the pertinent details will be reported in followup stories.

What about less than honest reporting? Reporting speculation as fact, is deceitful. Failing to report critically important information changes the perception of what actually happened in any given, reported incident. Yet this is what the mainstream media does all of the time. This is especially true of any occurrence that involves race. It seems like, whenever possible, the left wing media and politicians attempt to cause racial strife and division among our people.

Sometimes they really go out of the way to inject a racial component, to the point of absurdity. Whether one believes that George Zimmerman executed Trayvon Martin or it was a case of self defense, has no baring on what the press initially reported about the shooter. George Zimmerman was of half Hispanic and half German ancestry. Zimmerman listed his race as Hispanic. He looks Hispanic. Our “impartial” press stated that Zimmerman was a “white Hispanic”. No one had ever heard of that term before.

It wouldn’t fit the left’s agenda of fomenting racial division if a Hispanic had killed a black teenager, so suddenly, George Zimmerman is a “white Hispanic”. By that standard, why did the media never refer to Barrack Obama as a “white Afro American”?

Michael Brown was killed in 2014 in Ferguson, Missouri, by a white police officer, after Brown tried to take the officer’s gun. The media aired and published the statement of Brown’s friend and accomplice, that Brown was shot when his hands were up in the air and he was saying, “Don’t Shoot”. Michael Brown was gushingly referred to on the air and in newspaper stories as a “gentle giant”, who wouldn’t hurt a fly. He was a future college student.

That false narrative continued until a surveillance video surfaced that showed Brown, in the presence of his accomplice, batter and rob a convenience store owner who was half his size. Eric Holder’s Justice Department tried to convince the Ferguson Police Department not to release the video of the robbery, suggesting that it would only inflame the situation. It was already too late. Knowing Eric Holder’s strong anti-law enforcement bent, does anyone seriously think that he would have ever released the video?

It really doesn’t matter where any of the incidents of alleged police misconduct occur, the pattern of the radical left wing media and politicians is always the same. First, show the “victim”, who is usually a career criminal, in the best possible light. Minimize any past criminal activities, if they come to light. Then maximize, exaggerate and isolate any and all police actions so that they look like misconduct, brutality or callousness. Do not show or report any exculpatory videos or witness statements that would justify the officer’s actions.

Always conclude that the incident was the result of poor police training, systemic racism and another of a large number of martyred black people targeted by racist cops. Once the “peaceful protests” turn into violent riots, looting, murder and mayhem, the radical, unconscionable media can get more stories because, “if it bleeds, it leads”. Since truth should never get in the way of a good, agenda driven story, never bring up the fact that none of these suspects, in any of the incidents in the last five years, would have been shot or died, if he or she hadn’t resisted arrest.

Those in the media are responsible for inciting all of these riots, burned-out businesses, looting and killings this summer. They have given Antifa and Black Lives Matter anarchists the excuse and cover to create the chaos. They should be mortified and ashamed of what they have encouraged, but they would have to grow a conscience to have those feelings.