ICE ramps up arrests, including 67 in Arizona, after lull from COVID-19 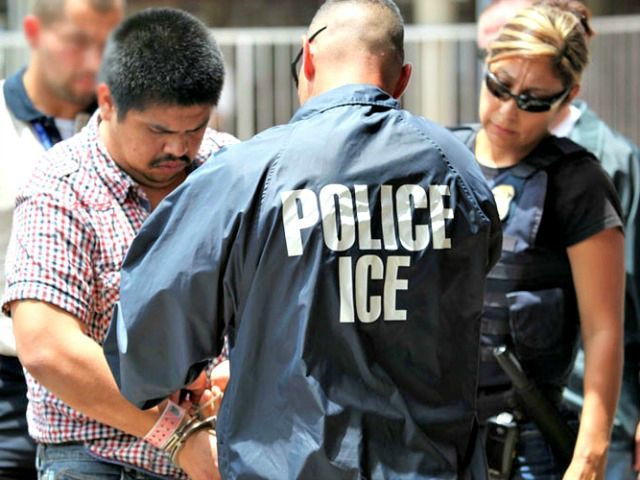 ICE  touted the arrest of more than 2,000 immigrants, 67 of them in Arizona, in a five-week nationwide sweep as the agency recovers from a dip in apprehensions caused by the COVID-19 pandemic.

Immigration and Customs Enforcement officials said the effort, from July 13 to Aug. 20, targeted immigrants with criminal charges and convictions, including convictions in Arizona ranging from DUI to having sex with a minor.

“Through our targeted enforcement efforts every day, we are eliminating the threat posed by these perpetrators, many of whom are recidivist offenders,” an ICE spokesperson said.

But those arrests have been hampered for ICE this year by COVID-19. The number of at-large arrests, when ICE officers head into the community to apprehend people who have evaded arrest, dropped from 2,836 in March to 469 in April, before climbing back up to 1,397 through the first three weeks of August.

The recent five-week sweep by ICE’s Enforcement and Removal Operations (ERO) office brought total arrests this year to 94,490 – or just two-thirds of the 143,099 arrests that had been made at the same time last year.

One expert said the latest sweep was little more than the administration’s way to show that it’s “business as usual” despite the presence of COVID-19.

Randy Capps, director of research for U.S. programs at the Migration Policy Institute, said the administration is acting as if the pandemic were over, so it’s “going to go back to large-scale immigration operations.”

Capps questioned ICE’s claim that it focused its efforts on immigrants who “preyed on men, women and children in our communities, committing serious crimes and, at times, repeatedly hurting their victims.”

He noted that the more than 2,000 people nabbed by ICE had 1,089 criminal convictions between them, and that many of those with convictions may have had more than one. The others only had charges filed against them, if that, Capps said.

“We don’t know what share of the total number of people that ICE pulled in actually had these convictions,” he said.

In a statement this week on the arrests, ICE said that about 85 percent of those it arrested had criminal convictions or pending criminal charges. The vast majority of charges and convictions cited by the agency were for assault, domestic violence and family offenses.

Of six Arizona arrests highlighted by the Phoenix field office, convictions included drunken driving, aggravated assault, domestic violence, sexual molestation and leaving the scene of an injury accident, among others.

But Jessica Vaughan, director of policy studies at the Center for Immigration Studies, welcomed the return to mass operations despite the pandemic.

“These operations are important to the community because they remove individuals causing problems and send them back to their home country,” Vaughan said. It’s even more important now, she said, when U.S. unemployment is high because of COVID-19.

“We have a legal immigration system and those who aren’t eligible to be here, should be removed,” she said.

ERO Executive Associate Director Henry Lucero said during a press call Tuesday that ICE agents have protective gear like masks, gloves, and face shields, if required, and that those arrested get the same protective equipment that officers do.

“Our officers take every precaution to prevent the spread of COVID-19,” Lucero said.

But Capps questioned whether it is worth the risk of arresting 2,000 people during a pandemic.

“(It) is a lot of people to risk exposure, A, of the officers in the community, B, of the immigrants being arrested during their transportation and the people around them,” he said, and, “C, especially as we know, booking into highly infected detention centers that makes sense only when they truly are a public safety threat.”