‘We all need to brace ourselves’: Experts fear dramatic pandemic spike in homelessness 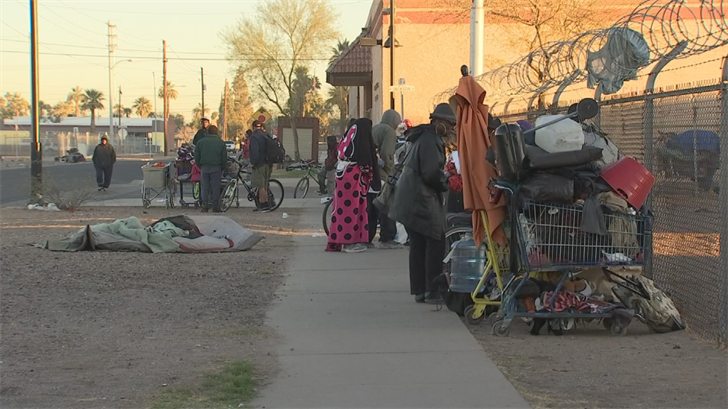 For more than three decades, André House just west of downtown has provided food, showers, temporary housing and other services to Arizonans experiencing homelessness or poverty.

In the wake of the COVID-19 pandemic, the number of families seeking such services has almost doubled, said Ash Uss, the faith-based nonprofit’s coordinator of advocacy and partnerships.

“We have had families who show up and say, ‘I was just evicted,’ or ‘I’m about to be evicted,’ or ‘We’re living out of our car,’” Uss said. “The need is greater than it ever was.”

On Tuesday, the Centers for Disease Control and Prevention implemented a nationwide temporary eviction moratorium through the end of the year to help stop the spread of COVID-19. Under the order, landlords cannot evict renters who meet certain conditions: “exhausted their best efforts to pay rent, seek Government rental assistance, and are likely to become homeless due to eviction,” according to a statement from the White House.

However, the latest efforts may have little impact for those already struggling to secure housing. A July report from University of Arizona researchers suggests the spike in people seeking homeless services at André House and elsewhere in metro Phoenix may be just the beginning. Researchers found the COVID-19 pandemic and subsequent economic shutdown could increase the state’s homeless population – about 11,000 as of January – by 16% to 42%.

“I think everybody needs to take this very seriously,” said Claudia Powell, associate director of the university’s Southwest Institute for Research on Women and co-author of the report, which put the number of at-risk renters at 365,000.

“It will be a bigger crisis than we can imagine if we don’t act soon.”

Many Americans were on shaky financial footing before the pandemic took hold in March: Despite low unemployment, the Federal Reserve found in a 2019 survey that 1 in 4 would struggle to cover an unexpected $400 expense.

In Arizona, 1 in 7 residents – and 1 in 5 children – was living below the poverty line, according to 2018 census data, the most recent available. Arizona is among the strictest in the country in terms of eligibility requirements for state benefits and caps on cash assistance. And the state’s Housing Trust Fund, designed to provide affordable housing, still hasn’t recovered from steep Great Recession-era cuts.

When efforts to slow the spread of COVID-19 resulted in layoffs and reduced work hours – Arizona’s unemployment rate ballooned from 4.5% in February to 13.4% in April, federal labor data shows – many households didn’t have the resources to weather the financial hit.

By June, as the state’s unemployment rate hovered at 10%, 1 in 5 Arizona households had missed the previous month’s rent or mortgage payment or doubted their household could cover the next month’s payment on time, according to a Census Bureau survey.

Gov. Doug Ducey in July extended a moratorium on COVID-19-related evictions for renters, in effect at least through Oct. 31. But the moratorium delays, rather than forgives, monthly payments, meaning renters unable to secure assistance through other programs will be on the hook for thousands of dollars once the moratorium expires – the same as with the federal moratorium. It also doesn’t apply to Arizonans who own a home.

Meanwhile, the $600 weekly supplement Congress passed to boost unemployment benefits in all 50 states ran out in late July, leaving Arizonans to receive the state maximum of $240 a week – the second-lowest state benefit in the nation. President Donald Trump has since authorized a new weekly supplement of $300, which Arizonans began receiving Aug.17.

“Unfortunately,” the University of Arizona report said, “we find ourselves in a rather dire situation as a result of the combination of the pandemic, high preexisting levels of poverty in Arizona, the magnitude of job losses, the fact that Arizona safety-net programs are comparatively stingy and difficult to access, and that homelessness service programs were inadequately funded prior to the pandemic.

“If we let these factors run their course unmitigated, we are very likely to see levels of hunger and homelessness of a magnitude and intensity unfamiliar to most.” 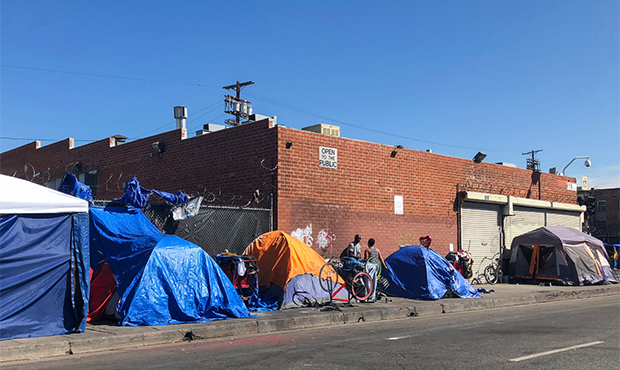 Key findings of the COVID-19 report

If Arizona’s unemployment rate peaks at 15% – which the report called the “optimistic” scenario – it could spur a 16% increase in the homelessness rate, leaving at least 12,736 Arizonans on the streets, living with friends and family or sheltering in a vehicle.

Minority communities would likely bear the brunt of any uptick, said Keith Bentele, an associate research professor and co-author of the report.

People of color, particularly Black people, already are “dramatically overrepresented” in the homeless population, Bentele said. They’re “more likely to be impacted negatively” by the pandemic and have, “on average, dramatically fewer resources to mitigate that strain,” he said.

Pew Research Center found earlier this year that COVID-related job and wage losses had hit Black and Hispanic adults hardest, with larger portions of those groups saying they “cannot pay some bills or can only make partial payments on some of them.”

Black and Hispanic households also were less likely than white households to have enough savings to cover emergency expenses.

In addition to the human toll, a surge in homelessness could affect Arizona’s bottom line.

The University of Arizona report indicates the state could end up paying more than $2 billion to cover increases in shelter use, emergency room visits, child welfare cases and interactions with the juvenile court system if the state’s 365,000 at-risk renters are evicted.

‘We all need to brace ourselves’

The good news, according to University of Arizona researchers: It doesn’t have to be that way. The report argues the pandemic has created an opportunity to “fundamentally transform our approach to servicing people experiencing homelessness.”

Bentele said the use of traditional congregate shelters, for example, is becoming “very untenable” in a situation where public health experts have identified social distancing as a key strategy for preventing new infections.

The “homelessness literature is very, very clear” that a “housing first” approach – providing a safe, livable space first before focusing on treating addictions or getting a job – is a more efficient and cost effective strategy, he said. The report recommends the state boost rapid rehousing efforts, including the additional staff needed to handle increased demand.

“This is a real moment when there’s a lot of attention to the issue,” Bentele said, “and there’s actually a lot of funding coming from the federal government right now of a scope that we’ve really never seen before in terms of investments directly for homelessness services.”

The report also recommends offering more emergency rental aid and making it easier to apply for and receive assistance. Arizona has been slow to process requests for rental help, with only 1,400 applications approved out of more than 21,000 submitted as of Aug. 10, according to The Arizona Republic. UArizona researchers attributed the delays to understaffing and “cumbersome” documentation requirements.

Powell said the state also needs to increase support for property owners because “landlords can’t necessarily go for long periods of time without people being able to pay their rent.” The state in August launched a program with $5 million in funding to help landlords affected by COVID-19, but organizations representing rental owners have sued Ducey claiming state aid is insufficient.

Uss, the André House coordinator, said the pandemic has given lawmakers at both the state and federal levels a chance to “stop looking at, ‘How do we try and put Band-Aids on the challenges that we face?’”

Officials should find “a more strategic way to look at how we actually prevent, mitigate and solve homelessness in our communities” on the front end, Uss said – such as by expanding housing options, as recommended in the UArizona report.

“I don’t feel as though lawmakers on any level have really understood the magnitude of what we should expect in terms of the amount of people who are going to fall into homelessness because of the pandemic,” Uss said. “We all need to brace ourselves.”

PrevPreviousStreet love: Why kids join gangs despite the risks of arrest and violence
NextSuicide hotline offers young people hope and a chance to talk with peersNext