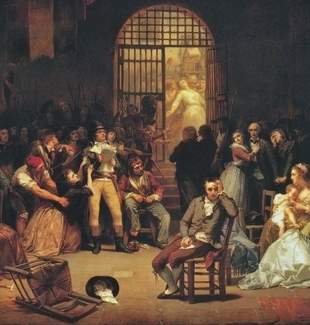 One can not read the opening lines of Dickens classic novel and not draw a comparison between the Democrat and Republican parties. The Republicans, while conceding that the Chinese virus has temporarily put a damper on the economy and has impacted our lives, believe that when we open things up again, the economy will explode and job numbers will return to the pre-Covid 19 levels. In other words, this is the best of times.

The Democrats seem to blame the coronavirus, not on China, where it came from, but on President Trump. Rather than seeing the quarantining and the resulting economic downturn as a life saving necessity and a temporary condition, the Democrats blame Trump for all of the deaths and infections. In fact, their leaders and spokespersons have claimed the President’s policies have caused our country to have the highest coronavirus death rate in the world – which is true, if you eliminate the nine other major countries that have a much higher death rate. So to the Dems, this is the worst of times.

The Republicans like to point out the wisdom of Trump opening pipelines, deregulation and fracking that have led to our country being energy independent, while the Democrats see this as foolishness that is an “existential threat” to our planet, which can only be saved by their Green New Deal.

The GOP is of the belief that the United States is blessed with exceptionalism, when compared with other countries now and in history. They see the US as continuously striving to correct flaws in pursuit of a “more perfect union”. The so-called Progressive party looks with incredulity on those that can’t see that our nation suffers from “systemic racism”, white supremacy, misogyny, xenophobia, homophobia, transphobia and economic inequality. Only the Democrats wokeness and virtue can correct the injustices of the past 230 years of our country’s past, they firmly believe.

The party of Lincoln, sees a season of Light, if President Trump is reelected and his agenda is brought to fruition. The party of Jefferson and Jackson, (both of whom the Democrats have by now rejected as slave owners), predicts a season of Darkness if Trump remains in power. Only Joe Biden can provide true light, in their opinion.

If the President wins the election in November, the Red States Party perceives a spring of hope, while the Blue Staters think this will bring on the winter of despair. Whether we are all going direct to Heaven,  or we are all going direct the other way, is dependent on those who vote in this election. We must all do our due diligence. Read each party’s platform, (the Republicans chose to keep the same platform they had in 2016), and see which party offers a positive view of our country’s past and current state and offers the best road forward.

The comparisons are stark, politically, economically and culturally. One party offers a continuation of the Constitutional restraints and rule of law that has made us the most prosperous and freest country in the history of the world, and the other wants to push us toward the “Brave New World” of socialism, that has never worked anywhere its been attempted.