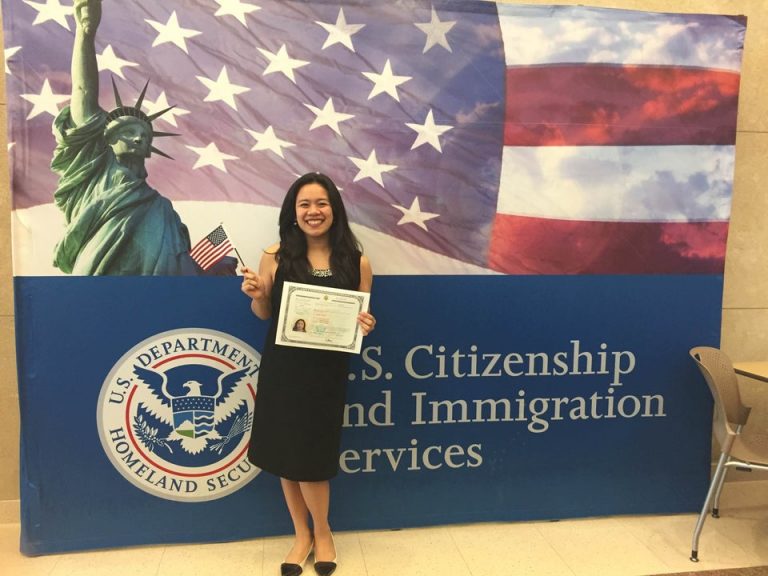 The U.S. Citizenship and Immigration Services said it is making “drastic cuts” that will affect all agency services, including naturalizations, in order to avoid furloughs of nearly 70% of its workforce at the end of this month.

Immigration advocates worried Wednesday that the cuts would add to an already large backlog of cases and that they could endanger DACA recipients who need to renew their legal status. Agency officials did not dispute the claim that services will take a hit.

“Averting this furlough comes at a severe operational cost that will increase backlogs and wait times across the board, with no guarantee we can avoid future furloughs,” said Joseph Edlow, the USCIS deputy director of policy, in a Tuesday statement announcing the moves.

That was little comfort to experts like Sarah Pierce, a policy analyst at the Migration Policy Institute, who called it a “scary situation” for immigrants in the U.S. who rely on the agency for documentation.

It comes as USCIS on Monday said immigrants should not submit renewal applications for Deferred Action for Childhood Arrival documentation any earlier than 150 days before their documents are set to expire. For Jose Patino, director of education for Aliento in Arizona and a DACA recipient who likes to submit his renewal applications six months out, that’s cutting it close.

By the time USCIS processed his first renewal application, he said, his documentation had lapsed and he had been undocumented for two months, making him potentially subject to deportation. If other DACA recipients find themselves in that situation because of agency service cuts, they would not be able to drive legally, they could lose jobs and be deported.

“You’re pushed back to the shadows,” Patino said.

He said processing times have slowed during the COVID-19 pandemic and he worries they will just get worse.

“Most applications for DACA recipients are pretty fast with this administration that we have seen prior to the pandemic,” Patino said. “During the pandemic, we have seen a slowdown and people have lost their status while they’re waiting.”

Patino was 6 when he came to this country in 1995. He said the anxiety and fear of deportation eased with the signing of DACA in 2012, but have returned under the Trump administration.

“If I’m not stressed, if I’m not worried, it doesn’t feel like a normal day,” Patino said.

The threatened furloughs were a response to steady, and steep, drops in revenues for the agency, which comes almost entirely from fees immigrants pay for services.

Agency leaders claim the budget issues stem from a COVID-19-related decline in immigration and a subsequent drop in revenue from application fees, which fund 97% of its budget. But Pierce said the agency’s problems are deeper than the pandemic.

“[USCIS] was actually on the path to be a deficit of $1.5 billion by the end of fiscal year 2020, and that’s even before the pandemic,” she said.

She said the dire financial straits at the agency are not recent. Even though the agency typically keeps reserves of $250 million to $300 million to offset natural fluctuations of immigration, Pierce said, its net revenue went from $780 million in 2017 to a deficit of more than $1 billion in the hole by 2019.

“It looks at it as if it’s being run without a lot of attention given to the agency’s financial well being,” Pierce said.

Last year was the first time since 2007 the agency has run a deficit. Changes to USCIS’s budget under the Trump administration have redirected funds to fraud and vetting parts of the agency, Pierce said.

“[USCIS is] pouring all of this money into these fraud and vetting measures, you’d expect them to find more fraud, right?” Pierce said. “But we didn’t see that.”

Edlow in July unsuccessfully lobbied Congress to allocate $1.2 billion to USCIS to avoid furloughs. He said in the Tuesday announcement that, “A return to normal operating procedures requires congressional intervention to sustain the agency through fiscal year 2021.”

DACA recipients like Patino, meanwhile, worry about having to live undocumented if their applications are not processed quickly enough by an agency already known for a protracted application process.

“The last two years of the Obama administration were somewhat normal and I had a sense of security as everybody else and I didn’t think about my immigration status as much,” Patino said.

“And now it’s something that is just constantly there. I can’t ignore it.”