With September around the corner, American students should be preparing for a return to school. But, across the country, their education has been sabotaged by Democrats and their union allies.

In New Jersey, Gov. Phil Murphy initially pushed for in-person classes, only to reverse his decision after the state’s teachers unions lobbied for all-remote learning. As union officials put it, “The stakes are too high, and the consequences of a wrong decision are too grave.” In similarly blue Massachusetts, teachers unions continue to oppose “the reckless and unsafe reopening of public school campuses.”

But, in truth, the COVID-19 pandemic is only exposing what education reformers have long known: Public education has little, if anything, to do with education. Now serving as left-wing indoctrination camps, public schools are generally a waste of time and money. From adopting the New York Times’ “1619 Project” to implementing a math ethnic studies framework, public-school teachers are overwhelmingly liberal and increasingly unabashed in their embrace of “woke” culture. And it is poisoning our children.

This begs the question: Why are Republicans rushing to send their children back to such indoctrination camps? While conservatives and libertarians have long lamented the state of public education, many of us are now acting like sheep, pushing our kids back to left-wing farms of mediocrity.

There is another way. It’s called individual responsibility. Parents need to be parents, taking control of their children’s education instead of relying on various government employees. We must stop believing that an educator’s job is to provide breakfast. Although it is sometimes necessary to help a struggling parent, it must not be our default position that the job of the federal, state or local government is to feed our children — it is ours and only ours!

Before the COVID-19 pandemic, my daughter was already at the top of her class, averaging 92 percent. Now, she is averaging 101 percent, despite learning at home. Why the improvement? Because online schooling leaves less time for extraneous discussions that are unrelated to reading, writing or arithmetic, including those that delve into “woke” politics. Teachers are forced to be efficient, while high-achieving students are no longer distracted by those who don’t take their education seriously.

My daughter is enjoying her online schooling so much that we are now considering abandoning the traditional model, reorienting our entire family location and operational style to supplement her remote learning.

Our schools need to be “applied.” Steve Jobs once took a blank piece of paper and asked his engineers to reimagine the cell phone — and he changed the world forever. Teachers and administrators can learn from his singularity. Children do not need to be in school from 8 a.m. to 4 p.m., learning one hour and being distracted the next. If anything, such long school days are more detrimental than helpful. Today, efficiency is paramount.

Of course, parents have to work during the day. But we can adapt. Perhaps, instead of coddling our children, we could teach them how to boil a hot dog, clean up after themselves, and determine who they want to befriend instead of arranging “play-dates” for them. Perhaps, rather than showing up at every practice and berating the head coach, we could allow our student-athletes to be masters of their own universe — without our 24/7 supervision. In other words, parents could give their children the space to be self-sufficient, while still instilling the other values they need to mature.

While it may be unexpected, we need to treat remote learning like an opportunity, raising our children as individuals who need not rely on liberal teachers or left-wing administrators or government programs to survive and thrive. Of course, individual responsibility comes easier to some than others, but those who have the capacity to groom their children properly need to seize that opportunity.

Republicans are right to criticize public education, but we cannot simultaneously rely on those failed public educators to take care of our children. It’s hypocritical. We need to practice what we preach: Conservatism. 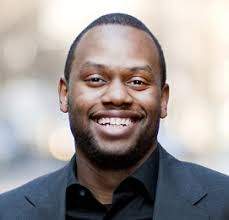 Autry Pruitt is the CEO of New Journey PAC, a conservative political action committee. He wrote this for InsideSources.com.
All Posts »