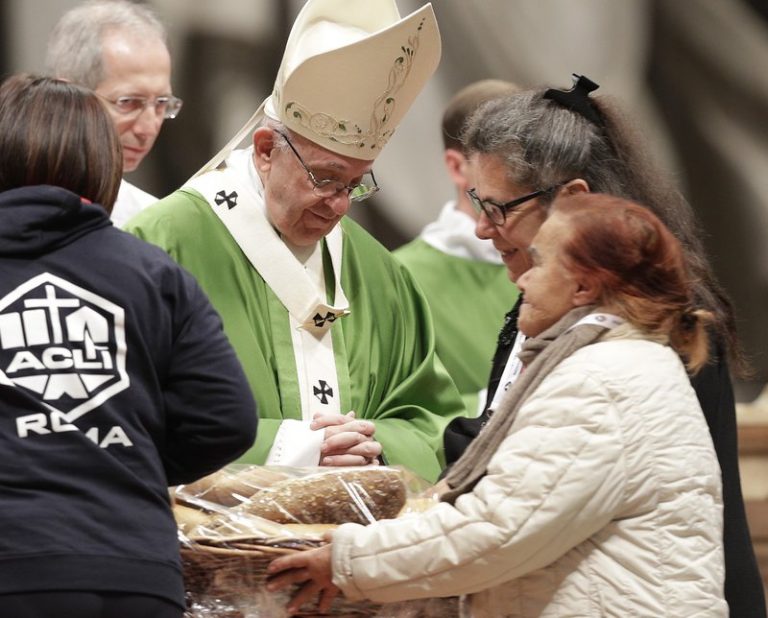 Pope Francis warned against any prospect that rich people would get priority for a coronavirus vaccine.

“The pandemic is a crisis. You don’t come out of it the same — either better or worse,″ Francis said, adding improvised remarks to his planned speech for his weekly public audience.

“We must come out better” from the COVID-19 pandemic, the pope said.

After the COVID-19 pandemic, the pope said, the world can’t return to normality if normal means social injustice and degradation of the natural environment.

Francis said: “How sad it would be if for the COVID-19 vaccine priority is given to the richest.”

“It would be sad if this vaccine were to become the property of this nation or another, rather than universal and for all,” the pontiff added, without indicating any particular country.

He also said it would be scandalous if all the economic assistance in the works, most of it using public funds, ends up reviving industries that don’t help the poor or the environment.

“The pandemic has laid bare the difficult situation of the poor and the great inequality that reigns in the world,″ the pope said in his speech. ”And the virus, while it doesn’t make exceptions among persons, has found in its path, devastating, great inequalities and discrimination,” Francis said, adding “and it has increased them.”

Throughout the pandemic, many poor, who often have jobs that don’t allow them to work from home, have found themselves less able to shelter from possible contagion during stay-at-home strategies enacted by many nations to reduce the contagion rate. Access to the best health care for the poor is often impossible in many parts of the world.

Francis said response to the pandemic must be twofold. On one hand, “it’s indispensable to find the cure for such a small but tremendous virus, that brings the entire world to its knees.”

On the other hand, “we must treat a great virus, that of social injustice, of inequality of opportunity, of being marginalized and of lack of protection of the weakest,” Francis said.

Francis has dedicated much of his papacy to highlighting the plight of those living on life’s margins, saying societies must put them at the center of their attention.

Noting how many are eager to return to normality and resume economic activity, Francis voiced caution: “Sure, but this ‘normality’ must not include social injustices and degradation of the environment.”

“Today we have an occasion to build something different. For example, we can grow an economy of integral development of the poor and not of welfare,” the pope said.