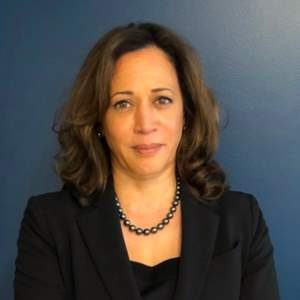 After Team Biden announced Sen. Kamala Harris as Joe Biden’s running mate on Aug. 11, that’s how long it took for us to see, hear and read about The Good, The Bad and The Ugly.

—The Good: In the 48 hours after Biden’s long-awaited notification, his Democratic campaign raised an astounding $48 million. And added 150,000 first-time donors, both huge numbers on the Enthusiasm Meter.

—The Bad: A newspaper in Australia published a distasteful cartoon in which Biden is depicted as referring to Harris as “this little brown girl.”

—The Ugly: A contract photographer for the National Basketball Association posted a meme on social media with the inscription, “Joe and the Hoe.” The photographer was summarily dismissed from the NBA’s so-called “bubble environment” at Disney World.

Well, it must be Election Season …  and the battles lines have been drawn.

Even in the television world, the cable networks have chosen their sides. MSNBC, especially, and CNN have been fawning over Harris day after day; conversely, Fox News Channel has been doing everything in its power to try to destroy her.

“We can be confident Joe Biden and associates based this choice not on pure speculation but rather have been guided by poll evidence that the ticket will benefit,” said Arthur Cyr, professor of political economy at Carthage College in Kenosha, Wis.

Those staggering fundraising totals attest to that.

Also, perhaps that evidence is the realistic reason Biden resolved himself to choose a vice-presidential candidate who ambushed him during a debate on the national television stage. We all remember Harris’ embellished personal story last year about busing, racism — and “that little girl.” With T-shirts displaying “That Little Girl Was Me” ready for sale following that contentious debate.

Still, according to a flash poll conducted by YouGov, voters seem energized. That poll conducted the day of the announcement revealed that 53 percent were at least confident that Harris could step in and assume the presidency if needed, while 40 percent had little or no confidence.

Solomon Wilcots, a former NFL player who now serves as a pro football broadcast analyst both in the United States and the United Kingdom, loves to talk politics. Regarding Harris, Wilcots, who grew up in Compton, Calif., said, “First of all, this needs to be said: I am neither a Democrat nor a Republican. I am an independent. I have voted Republican; I have voted Democrat. Now, I think they (Biden-Harris) are a formidable ticket. They appeal to a majority of the voters. They appeal to a broader population of voters, which means they are formidable.”

Vice presidents often are invisible. For example, how many of us remember that former New York Gov. Nelson Rockefeller was President Gerald Ford’s VP in 1974-76 after President Richard Nixon resigned?

On the other side of the ledger, running mate Lyndon Johnson of Texas helped John F. Kennedy win the presidential election in 1960 by persuading white southerners to vote for Kennedy, a northern senator.

Allan Lichtman, a political historian from American University who has correctly predicted every presidential election since 1984, told CNBC: “Well, one of the reasons that Hillary Clinton lost Florida and also lost some critical Midwestern states was tepid African-American turnout. So while the vice-presidential pick doesn’t usually influence the outcome, I think there is some political calculation here that picking a prominent woman of color is going to motivate black voters.”

When Biden’s monumental decision circulated, Hollywood rejoiced about Harris, probably the most celebrity-like running mate we have seen. In fact, Donna Langley, chairwoman of Universal Pictures, told Variety magazine, “Kamala demonstrates a level of passion, grace and grit that separated her from the pack.”

She undoubtedly will need that grit against her counterparts — the Donald Trump-Mike Pence duo, which can be vicious and might be gaining. According to a CNN poll released Sunday night, Trump-Pence has closed within four percentage points (50 to 46 percent) of Biden-Harris after trailing by 14 points in June.

Nevertheless, if a charismatic Harris can obliterate Biden in a debate and U.S. Supreme Court nominee Brett Kavanaugh in Senate confirmation hearings, imagine her against the human sledgehammer (Trump).

Also, note that her husband, Douglas Emhoff, is a millionaire entertainment attorney, based in Century City, the Los Angeles neighborhood where Hollywood movers-and-shakers congregate.

Speaking of congregations, expect to see much pink-and-green between now and Nov. 3. Those are the designer colors of Harris’ Alpha Kappa Alpha sorority at Howard, a prestigious Historically Black College and University in Washington. That HBCU flavor most assuredly will percolate despite the coronavirus pandemic.

That buzz will hum even louder with the inimitable Maya Rudolph, who portrays Harris during those raucous skits on NBC’s “Saturday Night Live.”

Yes, things are about to get real. That means it must be Election Season …