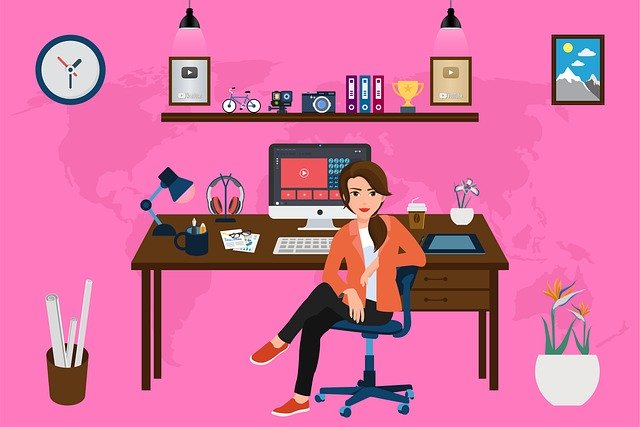 Arizona employees have each spent $183 on their home office set up since WFH began, finds study.

We used to the see the office as not just a place to work, socialize and gossip by the water cooler, but as an abundant supplier of things like paperclips, staplers, paper and, of course, a desk. Things became a little bit different when we had to start working from home during lockdown, however. It’s not something many Americans are used to doing, so it soon became apparent most of us would have to provide some of our own equipment to set up a home office. But how much has this cost us?

ThisIsWhyImBroke.com, a website which offers unique gifts, surveyed 3,000 workers to find out. And, on average, since they started working from home, Arizonans have each spent a not-inconsiderate $183, to make sure they had the proper office equipment to carry out our jobs (compared to a national average of $181). We’re not sure if workers in New Hampshire were showing off, or just came from a base point of being ill-equipped, but they spent the most: $350. Now, that’s a lot of paperclips. The better-equipped workers of Montana, however, have spent the least in the nation on WFH office supplies, spending just $50 on their WFH office supplies.

View the results across America with this interactive map

The survey also revealed an overwhelming 85% of workers think their employers should reimburse them for the money they have spent on their home office set up, which is understandable. However, now that the investment has been made, nearly two-thirds of home-workers say they prefer the new set up, compared to their usual office. Small wonder when you no longer have to wait in line to use the printer, or always wonder who’s been stealing your pens!

In order of importance, the gear people bought the most were, perhaps unsurprisingly, laptops (35%), followed by headphones (30%) – these turned out to be crucial for all those Zoom meetings. 12% thought a decent chair was key to comfort, with a good desk close behind at 7.5%. Then there’s stationery, at 8% (pretty useful), and some even committing to buying their own printer (7%).

Surprisingly, over half (58%) of employees said they will continue to work from home for the rest of 2020, if their boss offers that option, despite 28% of them admitting that slow home internet speeds have affected their job performance.

‘It’s clear that as new home workers, we didn’t realize how much stuff we’d actually need in our home office,’ says Adam Freedman from ThisIsWhyImBroke.com. ‘Things we take for granted that are supplied to us by our employer, like desks and stationery, suddenly become really important when we’re working from our living rooms every day! It always pays to have the right equipment; let’s hope sympathetic employers will reimburse their workers, though!’