Opinion: In Space, the Door Is Open — Now What? 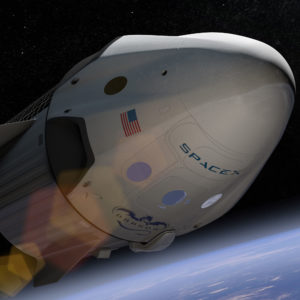 The success of SpaceX’s human-crewed Dragon capsule, along with three ambitious Mars missions from the UAE, China and the United States, has brought everyone on Earth some hopeful and inspiring news. With each of those efforts, new achievements were made and excitement for the future of the space economy is growing. As great as making history may be, it’s what happens next that is even more important to this unfolding story.

The door opening by SpaceX’s Dragon and increasing international space pursuits beyond the traditional global players (United States, Russia and Europe) are more than the fulfillment of science fiction visions. Rather, they are the hallmark of a new era where the space entrepreneur, innovator and investor will be our most ambitious of space pioneers.

The hostile environment that was once the sole domain of two superpowers now has more than 80 countries operating continuously. Adding to that competitive environment is that over the past decade, more companies than countries are entering the space arena, fueling unprecedented growth. In Space Foundation’s latest analysis, it details that over the past decade the combined government spending and commercial revenue has grown 73 percent — from $245.06 billion in 2010 to $423.8 billion in 2019.

Such growth by itself stands out, but in the wake of the global pandemic that has left no country or economy untouched, it opens an economic and inspirational horizon when we need it most. Even with today’s pandemic, a global space economy of $423.8 billion is $9 billion over the previous year.

With the pandemic surging around the world — and shuttering economic growth — for the first half of 2020, launches were on par with previous years. At the same time, demand for connectivity to every form of communication medium and information infrastructure that space enables has skyrocketed. While every industry and infrastructure are not dependent upon having an astronaut and rocket scientist on staff, they are dependent upon space access, technology and innovation.

Enter the entrepreneur and innovator — two types of people who characteristically look at the world differently than the conventional status quo. What separates these individuals further from their peers is they often have the courage to try something new and an eager willingness to find out what happens next. They take smart risks.

Those unconventional approaches will always shape an industry, and in the space enterprise, they have expanded both market prospects and operational capacities for a multitude of customers. Their results are also far more than any single history-making moment. They are transformational opportunities that create jobs, diversify talent pools, establish partners, spur growth, inspire generations and expand economies that benefit everyone.

All you have to do is look at the multiple applications that allow us to do precision farming, enhance public health, enable machine learning, refine data management and so much more. While we will never really know what is next, we at least know the space industry is a good place to start.

At every U.S. government facility that works with space — NASA, NOAA, the Pentagon, etc., — resides patents and technologies that are on the shelf, waiting for someone to bring them to new life. While each of these items was developed for a specific reason, once that mission is fulfilled, they often find themselves mothballed and many times entirely forgotten.

That’s why connecting entrepreneurs, investors and innovators to the undiscovered potential of these patents and technologies is so important and why it’s what needs to happen next.

As U.S. Space Force Chief of Space Operations Gen. Jay Raymond said recently, “Our reliance on space is at an all-time high.” That reliance is not going to dissipate given the national and economic security implications that all of us have in our boldest of frontiers.

Investment in space by national/international government sources has grown by 16 percent over the past decade. Topping that list of government investors is the United States, China, the European Space Agency, Russia, Japan, the European Union and India.

Even in the face of a global pandemic, investment activity in 2020 is strong. In the satellite and public space sector, 31 private equity deals were announced in the second quarter of the year, matching or surpassing deals in all four quarters of 2019, according to Quilty Analytics. Private equity deals were also higher than the previous five quarters.

A healthy and competitive space economy is not just about how much is spent but rather how it generates return on investments. Few communities inspire or have the impact that the space economy provides. Every facet of life on this planet has benefited from those pursuits, and that is not going to change. Which is why in this challenging time, establishing environments where the entrepreneur, innovator and investor are still welcomed and encouraged is paramount.

As different as those three pioneering types are, they are all united by bigger dreams and possibilities and always undeterred by the forces that want to hold them back. In times of challenge, it is not at all unusual to hear voices declare where the most pressing and purposeful needs are. But as worthy and deserving as those voices may be, having leaders with vision and courage that keep their eyes on the future is always the reason space pays off for everyone. 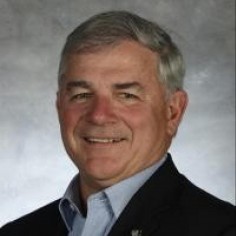 Tom Zelibor is CEO of The Space Foundation in Colorado Springs, CO. He wrote this for InsideSources.
All Posts »