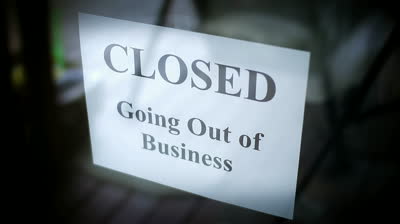 Black-owned businesses were particularly hard-hit when the spread of COVID-19 shut down or restricted nonessential activity throughout the country last spring, leaving many to wonder whether they could survive the plummet in daily customers.

The social justice movements that arose from the deaths of Black Americans at the hands of police seemed to provide a brief respite for Black business owners, whose sales were boosted by advocates and allies early this summer.

But policy experts said that support may not be enough to offset the systemic challenges Black business owners and employees still face, such as historically higher unemployment rates, more than a century of discrimination and barriers to applying for federal small business loans.

“I believe that to generate a radically different economic future for Black communities … an understanding of the racialized history of economic policy in the United States is necessary,” said Mark Little, executive director of CREATE, an economic development research center at the University of North Carolina at Chapel Hill.

“For me, the question is: Is it inevitable that COVID-19 will further entrench these devastating economic trends that, depending on how you cut them, have either been (in effect for) the past 30 years or the past 400 years? Or is it possible to chart a different path?”

Those economic trends are a direct outgrowth of discriminatory policies, Little said.

In the 1950s and ’60s, for instance, many cities received federal urban renewal grants to overhaul their downtowns, clearing out low-income neighborhoods to make way for higher-class developments. Those programs, Little said, “had the effect of literally displacing and destroying the infrastructure around Black businesses.”

Six decades later, a 2019 report by the Federal Reserve Bank of Atlanta found disparities between minority business owners and white business owners when it came to financing decisions, loan application outcomes, overall profitability and other metrics.

For instance, white business owners who declined to apply for financing more frequently cited having sufficient funding to begin with, the report said, while minority-owned businesses tended to not apply for loans because they didn’t believe they would be approved.

“Black business owners hardly were able to access business loans even before COVID,” said Nikitra Bailey, the executive vice president of the Center for Responsible Lending, a nonprofit that pushes for policies to curb predatory lending.

Now, she said, those owners are feeling the effects of disparate treatment even more acutely.

The consequences could have a ripple effect on minority communities, according to Robert Fairlie, who wrote the April report by the nonprofit National Bureau of Economic Research.

“(Our) findings of early-stage losses to small businesses have important policy implications and may portend longer-term ramifications for job losses and economic inequality,” he wrote.

Owners: Community ‘stepped up to the plate’

In late May, protests against racism and police brutality materialized in cities across the country in response to footage of a Minneapolis police officer kneeling on George Floyd’s neck, ignoring his anguished cries of “I can’t breathe!”

The deaths of other Black Americans – such as Ahmaud Arbery, killed while jogging through a south Georgia neighborhood; Breonna Taylor, killed inside her home in Louisville, Kentucky; and Dion Johnson, killed in Phoenix while sitting in his car – added fuel to the outrage.

As protesters marched in the streets, supporters on social media encouraged their followers to patronize Black-owned businesses, educate themselves on racism and history, and speak up in support of racial justice movements.

Those efforts translated into a boost in sales for such businesses as Honey Bear’s BBQ, which has two locations in Phoenix.

“Man, there was a couple days when it was so busy that I had to call in everybody, all of my employees, because of the ordering that went on,” said Mark Smith, one of the restaurant’s owners.

Much of the support came from returning customers, Smith said, but he also saw a wave of new patrons placing orders.

“There’s a lot of people out there in this world and in Arizona who want to see a difference,” he said. “They want to see a change. And they have supported me and other Black businesses. The community here in Arizona stepped up to the plate. … They’ve stepped up 100%.”

Before Floyd’s death, Grassrootz Books and Juice Bar in Phoenix also struggled to compensate for the loss of in-person sales and the ability to host events, co-owner Tremikus Muhammad said.

“It became almost, in a sad way, a saving grace,” Muhammad said. “We’re at a point where online sales, for now, are doing very well. But that only seems like it’s only going to last as long as there’s some type of attack on Black life.”

Muhammad said the store has received book orders from all over the country, making it one of dozens of Black-owned bookstores nationwide that have sold out of popular titles intended to educate readers on anti-racism.

“It’s kind of a Catch-22,” he said. “You have business, but you don’t quite want it to come this way. … It would be nice if the energy, the understanding, was kept as we move away” from the protests.

Aisha Tedros, one of the owners of A.T. Oasis Coffee and Tea Shop in Phoenix, said the business had received “support from everybody” during the anti-racism protests, but owners “don’t know what’s going to happen” going forward.

It’s unclear whether the sales prompted by social justice movements can keep Black-owned businesses going, especially as the pandemic drags on. Many of the barriers owners faced before the pandemic, such as trouble obtaining financial support from the federal government, persist.

Some Arizona recipients of PPP loans, including Smith of Honey Bear’s, said the money made the difference between having to let employees go to keep the business afloat and retaining his full staff.

“We were moving to lay off people because of just not being able to make the payroll,” he said. “That (PPP loan) helped turn it around, and now business is going pretty good – we’ve hired a few more people.”

“This ‘double impact’ on minority applicants, discouragement and failure to provide complete information, not only limits minority access to credit, it also damages the credibility of the small business lending community,” the study said.

“Further, these actions are all fair lending violations of the Equal Credit Opportunity Act, which requires that equally qualified borrowers are able to access credit regardless of their race, ethnicity, gender and other protected classes.”

Bailey, with the Center for Responsible Lending, suggested Congress should have anticipated these outcomes when it chose the Small Business Administration to oversee the Paycheck Protection Program, given its history of uneven lending outcomes.

“Structurally, these small businesses have not historically had the best relationship with banks,” she said, despite the fact they “actually employ a ton of residents in our community and keep our communities as viable economic engines.” If these “pillars” of society fail, she said, it would affect “communities all across the country that have a high proportion of African Americans.”

“Everyone thought that the COVID-19 crisis would be a very short-term phenomenon. It’s proved to be very different,” Bailey said.

“We cannot lose important community infrastructure through our businesses to this crisis.”