Opinion: Is the Government ‘Paying People Not to Work’? It’s Complicated 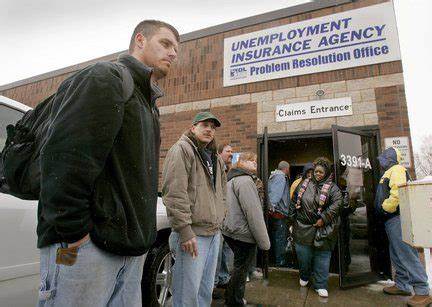 “We should never pay people not to work. We should try to help people get back to work.”

This claim by Republican Sen. John Cornyn of Texas has been echoed across Capitol Hill in recent weeks as Congress debated whether to extend the $600-a-week unemployment benefit checks. The premise of this argument is that people made more money from unemployment than from working. As a result, workers were choosing not to return when their jobs came back.

Megan Weaver, a 36-year-old Texas restaurant server who lost her job when the COVID-19 crisis hit, took a temp job doing transcription work in April that paid less than her unemployment benefits. She didn’t realize it at the time, she told the Wall Street Journal, and she wouldn’t have taken the job if she had.

“I want to work, but I don’t want to lose money for working,” she said.

But anecdotes aren’t evidence. What does the research say? Do higher unemployment benefits lead to higher levels of unemployment?

In a “normal” economic crisis — one that a nation hasn’t intentionally inflicted on itself in the fight against a contagious, deadly virus — the answer is yes. Increasing unemployment benefits tends to raise levels of unemployment.

A 2015 National Bureau of Economic Research study found that in 2014, an additional 1.1 million Americans returned to work because increased federal jobless benefits came to an end the year before.

Other studies, however, found that while the correlation is real, the effect on the overall jobless rate is relatively small.

In 2016, the Washington Center for Equitable Growth released a study that looked at the effects of unemployment benefits on joblessness during the Great Recession of 2009. It found concerns that “policies designed to help fight unemployment actually increase it are way overblown.” And even the small increase in joblessness wasn’t because people were “paid not to work.”

It is not that people did not want to work. Instead, the research shows that unemployment benefits allowed people more time to look for what they believed was a better job. Since job seekers were not desperate for money to pay utilities, rent and groceries, they did not need to take the first opportunity they were offered.

So yes, the effect of increased benefits in a typical economy is slightly higher unemployment.

But this is not a typical economy. And unemployment benefits have not affected the unemployment rate in a similar way.

A recent Yale University study looked at how the enhanced $600-a-week federal unemployment benefits affected joblessness and found that there is “no evidence in our sample of a change in employment that’s attributable to this policy change.”

According to their findings, a person receiving the benefit was just as likely to return to work as a person who received no benefit.

You read that right. According to a study by JPMorgan Chase Institute, consumers who received the $600 benefit spent 10 percent more than consumers during pre-pandemic levels. These elevated unemployment benefits were indirectly pumping revenue right into the U.S. economy.

“Now more than ever, unemployment insurance benefits play an outsize role in the U.S. economy,” Diana Farrell, CEO of the institute, told NPR at the time.

This injection of revenue came at a time when the gross domestic product of the United States was shrinking by the largest amount in history, even worse than the Great Depression of the 1930s, according to the Commerce Department.

Whatever the outcome of the partisan debate over jobless benefits, the available data indicate that it’s more of a debate about economic policy than it is the unemployment rate. The enhanced benefits were doing their job: Keeping the economy afloat. 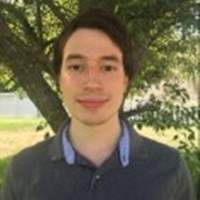 David Micali is a student at Saint Anselm College, which includes the New Hampshire Institute of Politics. He wrote this for NHJournal.com.
All Posts »