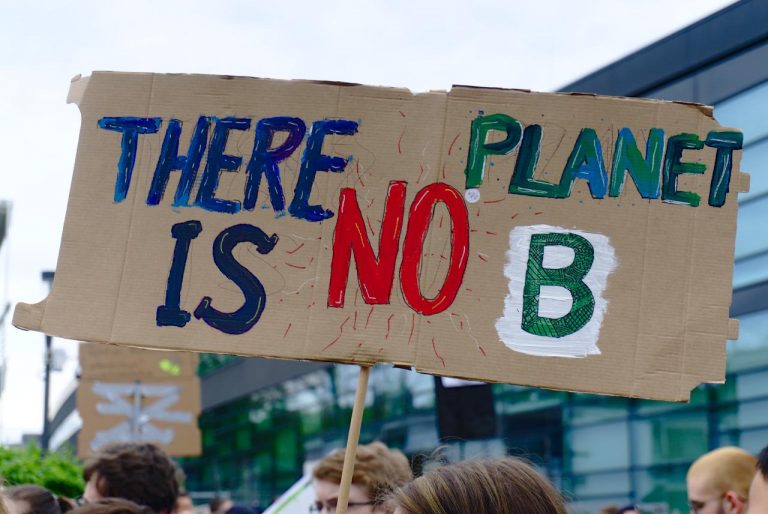 Global warming has emerged as an extremely difficult topic for Americans to comprehend. This is due to all the global and local situations going on today. Many Americans find interest in issues that either are plaguing them at the present moment or pose a serious threat to them in the immediate future. For the majority of Americans, global warming is not in their realm of immediate threats, so why concern themselves with something that is not even here yet? Americans are displaying little-to-no interest in global warming because basically, they don’t care. Typical Americans tend to live in the “here and now” and any long-term issue that might concern us is placed on the back burner. However, because the catastrophic ending is so far beyond our future vision, we Americans put it out of sight.

The concerns with global warming should impact every single person living on this planet since it effects not only them in the present, but all future generations. Nevertheless, we seem unconcerned by the rising temperatures seen in climates throughout our planet. Lack of concern regarding global warming comes down to education, consumer culture, and political beliefs.

Americans place a huge importance on education in this country. Between the ages of five to eighteen years old, children are sent to school. After this, many Americans pursue higher education. Surprisingly, global warming falls low on the scale of what students learn in school. In her article, “Climate Change: A Serious Threat”, Maddy Perello states that only 63% of Americans acknowledge that climate change is happening. For a country that prides itself on education, Americans fail in knowledge of what is going on with the planet they live on. Their concerns are different when it comes to something closer to them, such as their own homes. When the air conditioning system is not operating properly or quits working altogether, their eyes immediately open to the problem and seek to remedy the situation. In that case, people are educated enough to pick up a phone and call the service person to attend to the unresponsive unit. So where is the concern over the planet not working properly?

It boils down to the point that people in America are not thinking about global warming because it has not yet impacted their everyday lives on a scale that demands immediate action. We live in the here and now, and unless something is happening to change our daily routine, we generally don’t want to hear about it. Think about terrorism before 9/11: it happened in other countries and Americans thought these were terrible incidents against humanity, but such acts did not concern us because there was no obvious impact to our direct well-being. Once terrorism impacted this country, the gloves were off, and it became our main focus. More recently when China was inundated with the coronavirus (COVID-19), Americans remained calm and envisioned little concern toward the spread of the virus into this country. We believed or thought it was an isolated incident to that region. When COVID-19 reached both coasts of the United States, panic set in as thousands became sick and unfortunately numerous people fell victim to the virus and died. Then as with most events that eventually cross our paths, especially those that stop us in mid-stride, we are awakened to the problems at hand, and we struggled to figure out a solution. Global warming works on the same level in America. Unfortunately, as with terrorism and global pandemics, our track record proves we tend to wait until it is too late before we react to many dire situations. Therefore, we can absolutely benefit from more comprehensive education on climate change to open our eyes to what is going on within our home.

As Americans, we are wrapped up in a consumer culture. We want everything–big cars, big homes, and gas-guzzling recreational vehicles, to name a few. The problem with these wants is that they generally contribute to the ever-growing accumulation of CO2 emissions which lead to higher levels of greenhouse gases. The use of fossil fuels in vehicles and factories emits these dangerous gases into the atmosphere and because of the overabundance of these emissions, the planet is suffering. Another leading cause of the increasing CO2 levels is the deforestation on our planet. Forests are being cut down at an alarming rate to accommodate the needs of not only Americans, but the entire world with building materials and cleared land for farming. Plants are necessary for the reduction of CO2 since they are the only means or converting this substance into something useful such as oxygen. Maddy Perello states that CO2 accounts for 0.035 percent of Earth’s atmosphere naturally. While global warming is a natural process that our planet goes through, it appears our desires to have more conveniences and larger vehicles are helping to speed up the process. There has been a normal trend of global warming from the early 1880s to the mid-2010s, measured at about 1.8°F. The change in temperature of 1.8°F over 100-year span becomes quite significant. Like anything else in life, time will tell the true story. Regardless of the latest scientific evidence, the question will always be raised who is responsible. Is the increased level of greenhouse gases a natural phenomenon or is it human caused by fossil fuel burning and deforestation?

Global warming weighs heavily in political polarization in America. In 1997, the debate over climate change took a serious step forward, right smack in the middle of a politically divided country. President Bill Clinton decided to back efforts for greenhouse gas emissions. The Democratic party provided full backing on this ever-growing battle between the dreaded greenhouse gasses and the planet on which we all live. Unfortunately, the biggest problem would turn out not to be between the greenhouse gases and the planet, but the huge divide between Democrats and Republicans. Regardless of how someone honestly felt about the entire situation, crossing party lines has become taboo in the brutally divided world of politics. Until this country can develop a partisan agreement regarding global warming, Americans will remain divided in any efforts to solve this problem. The world suffers when people cannot come together for the better good of mankind.

The fact that global warming affects everyone on this planet is cause for concern. Regardless of what people’s beliefs about global warming may be, everyone is aware of the issues in one way or another. Many Americans may see the recent change in weather over that past couple of decades as pleasant do to milder winters and more comfortable summer temperature. The majority of Americans probably have an opinion on global warming, and their education on the topic would definitely sway their views to the right or left. The future of our planet lies in everyone’s hands right now, not in a few years, not in a few generations, but right now. By the way people react to the issue of global warming, it appears as if the situation does not require an individual’s attention at the moment. Instead, we believe that we should let others worry about it. However, for true and lasting results, everyone needs to do their part. Consider what would happen if everyone united in coming up with a solution to global warming where would we be then? Immediate attention is required and that means all hands-on deck! Global warming is a real concern and needs to be dealt with in proper fashion. People need to educate others and drop the political stratification and start caring more for the future residents of our planet. Caring for our home is more important than anything else that most of us have on our plates at the present moment. Let us all stand together and fix this disaster, regardless who is at fault for the increase of greenhouse gases.