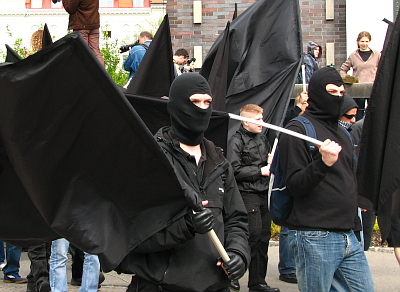 “When the debate is lost, slander becomes the tool of the losers.” – Socrates

In science, history, law enforcement and other disciplines, we look for clues when trying to solve a mystery. Some enigmas are easy to figure out, some are difficult and most fall in between. In politics and in trying to figure out politicians, their motives and directions, transparency is more often than not, missing. This makes working out a solution that much harder.

Transparency is not the problem with determining what so-called progressives, socialists and other far left politicians have done, will do or what policies they wish to promote. Whether they intend to or not, these would-be tyrants telegraph all of the above. History, recent history in particular, is replete with examples.

First, whatever the progressives accuse their political enemies of, it is what they, themselves, have done. In the 2016 presidential election and its aftermath, the leftist, progressive Democrats and their lapdogs in the media, accused Donald Trump of colluding with the Russians to interfere in the election process, and to sway the election results toward Trump and away from Clinton. (They probably really believe this, because they were so sure that Hilary Clinton was going to bury Trump in that election.)

After years of investigation by Special Counsel Robert Mueller and his heavily anti-Trump investigators, they could produce no evidence of Trump/Russian collusion or obstruction of justice. There is ample evidence that the Clinton campaign funneled money to the Russians, through intermediaries, to produce the “Steele Dossier” in an attempt to get salacious information on Candidate Trump, so as to influence the election.

Second, since many of the progressive ideas are unpopular, they lose when brought up in a referendum to the public. They know this and their contingency plan is to take any election losses to activist judges who will find some reason to have the radical policies enforced by judicial fiat. With more and more of Trump’s federal judges getting appointed, this might not work too well for them in the future, but, in the past, it has worked with “gay marriage”, transsexual athletes, and the school busing, just to name a few.

Third, every concession or compromise by an opponent of the left, is considered a weakness and will be exploited. The recent, protesting, looting and burning is a case in point. Baltimore is a prime example. The mayor of Baltimore ceded an area of Baltimore in 2015 so that the Freddie Gray protesters could, supposedly, vent their frustration. So what happened? The so-called protesters rioted, looted and burned down that section of the city. Even though this yielding to the protesters demands ended in millions of dollars in destruction, leftist mayors failed to see the cause and effect, and followed the same pattern in Minneapolis, Seattle, Portland, New York, et. al.

The thing these would-be revolutionaries do best and continuously, is to call their political adversaries highly insulting names. Those who oppose them are racists, sexists, xenophobes, homophobes, etc. This is an attempt, often effective, to suppress the free speech of those they disagree with. Hopefully, it is also an indication, as Socrates pointed out, that the far left extremists have lost the debate.