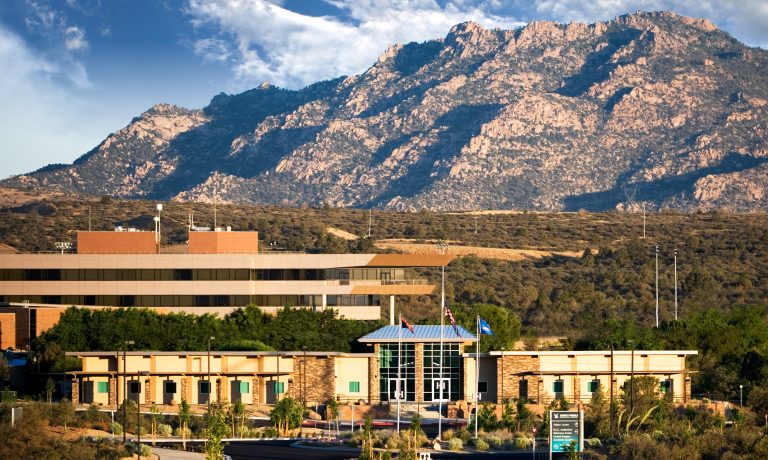 The overall economic impacts of premier aviation and aerospace institution Embry-Riddle Aeronautical University in Florida and Arizona now surpasses $2.3 billion – up 44% since 2016, the independent Washington Economics Group (WEG) has reported.

Embry-Riddle further supports nearly 18,000 jobs in Florida and Arizona – up from just under 14,000 jobs in 2016, making the university “a leading creator of high-wage employment in both state economies,” according to the new WEG report.

Embry-Riddle’s Research Park, opened on the Daytona Beach Campus in 2017, has generated more than $90 million in economic impact in Florida and directly or indirectly created 500 jobs, many of which are high-wage.

Mori Hosseini, Chairman and CEO, ICI Homes, who serves as Embry-Riddle’s Board of Trustees Chairman, said, “The success of Embry-Riddle’s Research Park has been a team effort. The Volusia County Council, the City of Daytona Beach, NASCAR, Team Volusia and the Daytona Regional Chamber of Commerce have all helped. From recruiting three international companies to developing a technology-centered entrepreneurial ecosystem, we are on our way. Volusia County is the northern tip of the Space Triangle. We must all continue to work tirelessly on the future. It is not about us. It is about our future.”

With residential campuses in Prescott, Arizona, and Daytona Beach, Florida, Embry-Riddle’s overall activities – including the thriving Research Park, the added earning power of Embry-Riddle alumni in both states, and revenue generated by approximately 125 Embry-Riddle Worldwide campuses – currently amount to $2.37 billion, versus $1.65 billion in 2016, WEG estimated. Jobs generated by Embry-Riddle in both states increased from 13,778 to 17,929 over the same time period.

Glenn Ritchey, President & Chief Executive Officer of the Jon Hall Automotive Group and Southeast Automotive Management, Daytona Beach, who is a member of the Embry-Riddle Board of Trustees, said, “I want to commend Dr. Butler and his team for executing on the vision of the Research Park,” said “I also want to recognize the efforts of our Chairman of the Board, Mori Hosseini. Mori has advocated tirelessly for this project. With almost $2 billion in economic impact to Volusia County, and from 0 to almost $100 million in economic impact for the Research Park is no easy feat. We would not be where we are without his efforts and support.”

Embry-Riddle President P. Barry Butler added that “Embry-Riddle’s Research Park is the vision of our Board of Trustees coming to life. That vision extends beyond our university and is truly about changing and diversifying the economy of our community. I want to thank all of our trustees for their leadership role, and also want to extend a special thank you to our Board Chairman, Mori Hosseini. His vision for Embry-Riddle and our community will pave the way for future high-paying jobs and economic prosperity and also help prevent the `brain drain’ that is happening in other regions when graduates of various institutions cannot find jobs where they went to school.”

NASCAR Executive Vice Chair Lesa France Kennedy, CEO of the International Speedway Corporation, said, “The Embry-Riddle Research Park is an outstanding example of communities coming together to diversify and strengthen their economies. We are honored to partner with Embry-Riddle to support entrepreneurs, drive high-tech business and create jobs that improve the standard of living for families in Volusia County. We look forward to the Research Park’s continuing success.”

Embry-Riddle’s key economic impacts in Florida and Arizona are outlined below.

In Volusia County specifically, home to Embry-Riddle’s Daytona Beach Campus, the university supports 13,200 jobs and generates slightly more than $1.6 billion in total economic impacts, making it a key economic driver for the local community. Embry-Riddle’s Research Park has generated more than $90 million in economic impacts in Florida as well as 500 jobs in less than four years, according to the WEG report.

Embry-Riddle also accounted for more than $250 million in fiscal revenues in 2020 in Florida, and the university is a significant generator of household income – coming in at more than $621 million in 2020, a 37% increase compared with 2016.

The additional earning and spending power of Embry-Riddle’s alumni in Florida came to $900 million in total economic activity for 2020, the WEG report found.

“Embry-Riddle’s activities create significant additions to Florida’s gross domestic product, or GDP, annually contributing more than $1.1 billion to the state,” up from $785 million four years ago, the WEG report concluded.

Across Arizona, Embry-Riddle’s total economic impact in 2020 has reached $392 million – an increase of 41% since 2016 – and the university currently supports 3,000 permanent jobs for state residents – 38% more than four years ago, the WEG report found.

Embry-Riddle also accounted for more than $46 million in fiscal revenues in Arizona in 2020, and the university is a significant generator of household income – producing close to $138 million statewide this year, which represents a 41% increase since 2016.

Embry-Riddle alumni spending power generated $86 million in total economic activity in Arizona this year, according to the WEG.

Throughout the next five years, the WEG estimated, the cumulative economic impacts of Embry-Riddle’s capital spending plans in Arizona are projected to have a total economic impacts (FY21 – FY25) of $161 million and create 181 jobs.