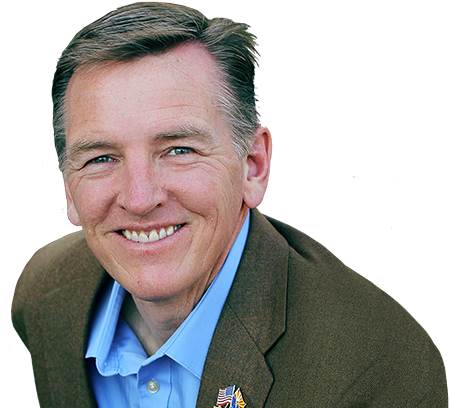 It was a busy week in Washington, D.C. as Pelosi procrastinated the consideration of our national defense, appropriations, and economic relief measures until the time of expiration. Below are highlights regarding some of my efforts:

Gosar Offers Amendments to Homeland Security Appropriations
This week, House democrats included appropriations provisions that prevent resources from being allocated to the wall. This is unacceptable and shows how out of touch Washington D.C. is with the needs of our district. To fight these policies, I introduced three amendments that would strike harmful provisions preventing the Department of Defense, Army Corps of Engineers, and the Department of Homeland Security from using funds to support border wall infrastructure. I continue to fight to defend our communities from the threat of open borders:

Arizona knows that border security is national security. I have fought for years to secure our borders and end the illegal flow of drugs and aliens over the southern border. Arizona has benefited under the leadership of President Trump, who as Commander in Chief has properly recognized this threat and pledged to build the wall and staff it with the proper posture of officers and technology. This has been a relief to our state and counterbalances years of Democratic open border policies, but unfortunately, my Democratic colleagues are at it again. Since the election, President Trump has requested resources from Congress to build the wall, yet Congressional Democrats have continued to block all efforts to secure the border.

Recently, in a huge win for President Trump and Arizona, The Supreme Court ruled that the president can use billions in Pentagon funds to finish building the border wall, The Hill reported.

Gosar Leads Effort to Quicken Response to Viruses and Pathogens with Pandemic Potential
Newsweek recently published an article detailing my effort to carry out a program for the development of rapid and cost-effective medical countermeasures to pandemics. The author describes my effort “as a way to tide over the interim period between an outbreak and a vaccine being sourced, potentially averting the sort of worldwide lockdowns seen amid the COVID-19 crisis.”

Gila County Bush Fire
This week, I led a letter to the U.S. Department of Agriculture (USDA), joined by Senators McSally and Sinema, and Rep. O’Halleran, supporting Gila County’s request for a National Resources Conservation Service’s Emergency Watershed Protection Program in light of the County’s recent catastrophic wildfires. This Program provides quick assistance to help communities deal with the impacts of natural disasters. In the letter, I first expressed my support for the necessary assistance to recover from the Bush Fire in June. I also expressed my concern about the inexcusably slow response to Gila County’s two requests last year for assistance in dealing with the aftermath of the Woodbury Fire. Our taxes and consent of the jurisdiction of the Federal Government are to ensure it is there to provide necessary services to its people, and Gila County is a primary candidate as it deals with the enhanced flood risk stemming from the damage to the watershed. As Chairman of the Western Caucus and member of the Natural Resources Committee, I have developed a strong relationship with the USDA and will continue to work with them to assist our District from the damaging effects of wildfires.

This legislation will allow Americans to sue China in federal court for its role in causing the Wuhan Coronavirus pandemic, strips China of sovereign immunity for reckless actions that caused the COVID-19 pandemic, creates a cause of action and authorizes federal courts to freeze Chinese assets. Over 150 thousand Americans have been killed, and millions of lives ruined due to the negligence of the Chinese Communist Party (CCP). The CCP covered up the crisis and is now seeking to capitalize and profit off of global suffering. I will continue working to hold the CCP accountable.

Arizona Aviation
Arizona has a rich history of cultivating aerospace innovation. In 1978, Embry-Riddle Aeronautical University opened a campus in Prescott, Arizona. Since then, Prescott has become a hub for aerospace development and higher education. Embry-Riddle Aeronautical University’s Prescott campus is a leading university in engineering, aeronautical science, aviation safety and national security studies. This academic excellence along with the leadership of Prescott Mayor Greg Mengarelli and the Prescott City Council has placed Prescott on the map as an international leader in aerospace.

In the past couple of years, two companies have placed their headquarters in Prescott. In 2018, Eviation, a startup pioneering the industry’s first all-electric aircraft, selected Prescott for its US corporate headquarters. In June, CP Technologies’ new 50,000-square-foot headquarters and manufacturing facility in Prescott broke ground and is expected to be completed at the beginning of 2021. CP Technologies specializes in rugged computer hardware for aviation, military, industrial, and commercial markets. Its focus on aviation is one reason that Prescott is an attractive site for the headquarters since relationships with Yavapai College and Embry-Riddle Aeronautical University mean that the company will have access to a talented workforce.

Concerned constituents also reached out about the rushed rulemaking process for “Remote Identification of Unmanned Aircraft Systems” (84 Fed. Reg. 72438). I am currently engaging with constituents and the administration to ensure that important Arizona pastimes are represented and preserved.

While the 2020 Census does not have a citizenship question, President Trump is ensuring the census counts all Americans, legal non-residents, and illegal aliens. Such efforts, however, have received Democratic push back in their push to include illegal aliens on the census as an attempt to fraudulently grant Democratic states larger Congressional delegations and more federal money at the expense of honest states like Arizona. Democrats again held a hearing this week on the House Committee on Oversight and Reform. During the hearing, I worked with a Constitutional scholar to identify how the apportionment of Congressional districts is intended to be based on American citizens, not on the total number of peoples present, regardless of legal status. Including illegal aliens would undermine our founding notion of consent of the governed. I also fought back by exposing how President Trump’s new efforts to determine who in this country is an American citizen is not only legal but necessary to maintain the rule of law and ensure all Americans are treated equally.

To further this fight, I introduced an amendment to this week’s Appropriations bill striking a partisan effort to prevent the Census Bureau’s ability to forecast the number of legal persons versus the number of illegal aliens. Such a count is necessary to understand the extent of law violation in our country, and to ensure your vote for Congress is equal to all other American citizens come November.

You can watch my discussion on preserving Constitutional rights here.

Gosar Introduces HR 7808 Stop the Censorship Act of 2020
Censorship by Big Tech has become especially concerning while social distancing guidelines have forced more speech and communication online. Congress must stop commissioning Silicon Valley to decide what is or isn’t an allowable conversation. This week I introduced legislation to stop the censorship of competition and lawful speech by online platforms. Amazon is censoring small businesses that they compete with, Twitter is censoring conservatives, Facebook is censoring Trump supporters, and many more similar cases of censorship and anti-competitive conduct exist today. My legislation would revoke undue immunities granted to Big Tech by Congress and then-President Bill Clinton for the censorship of competition and lawful political speech. The statute I seek to amend, Section 230 of the Communications Decency Act, can even be stretched to provide amnesty for Big Tech companies from the application of federal laws. We cannot continue to grant broad immunity to Big Tech or to allow them to rig the 2020 election.

A link to my press release can be found here. 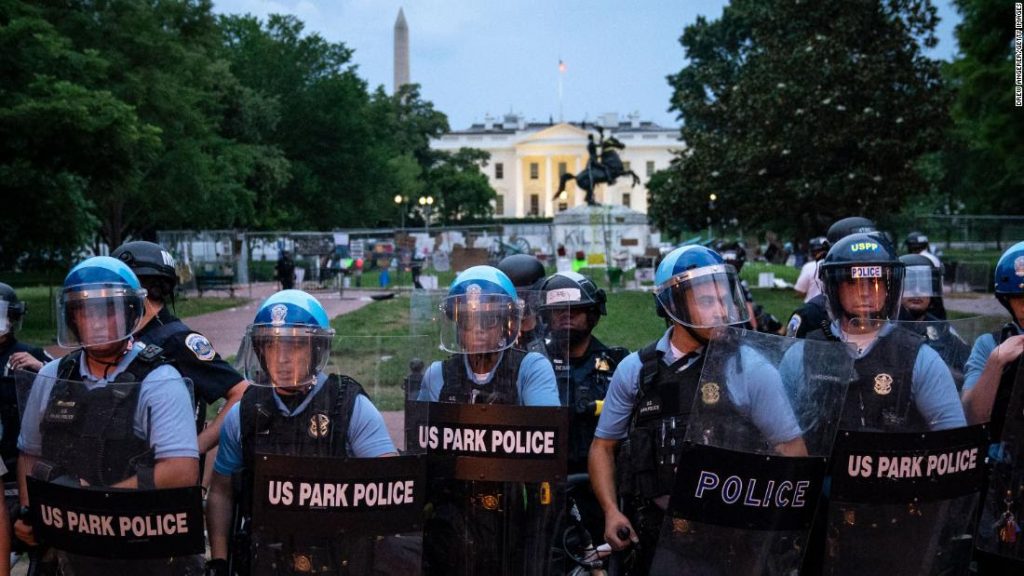 On Tuesday, the Natural Resources Committee held a hearing on the events surrounding riots that took place in front of the White House on May 31st and June 1st. Committee Democrats viewed this hearing as an opportunity to criticize the Park Police’s handling of the events, claiming the rioters were peaceful, but the facts simply do not back their claims. This was clearly seen in my questioning of a National Guard Major who stated that the actions of the protesters were in fact violent. It is also important to note that this witness for the Majority ran for Congress as an anti-Trump Democrat. The American people are tired of seeing lawlessness in our streets and lying by the media, and Congress must wake up to this fact.

You can watch my line of questioning with the National Guard Major here.

The Rules of the Game
I joined Patrick Courrielche and Adryana Cortez of Red Pilled America on iHeart Radio. The show is a weekly audio documentary series that tells stories that Hollywood and the mainstream media don’t want you to hear. We spoke about life, politics, dealing with Democrats, The Swamp, standing strong, and The Rules of the Game. Listen here. 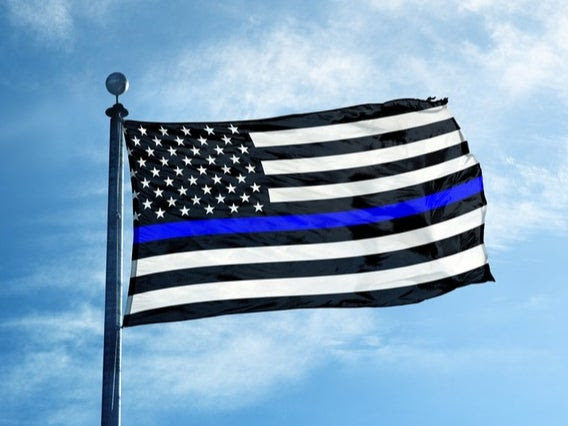 Law Enforcement lacks representation in Congress. I will continue to fight for our brave men and women in blue and am working on a Law Enforcement Officer’s Bill of Rights. Stay tuned for additional information coming soon.

I continue to fight for additional relief as necessary. The government imposed shutdown and social distancing guidelines have often empowered large international corporations like Walmart and Amazon while crushing many AZ-04 businesses, families, and individuals. It is the responsibility of the government to make whole the citizens and their businesses negatively impacted. As the House, Senate, and President Trump propose solutions and negotiate an additional relief package, I have continued to fight for the many requests from the district, including but not limited to: suspension of all payroll taxes, suspension of taxes on tips, diverting foreign aid back to American taxpayers, local relief, empowering parents with the option to send their kids to school or receive equivalent education funding, additions to the Paycheck Protection Program, infrastructure funding, tax deductions for PPE, repeal of the exemption from antitrust laws for the business of health insurance, and to ensure resources are not allocated to illegal aliens or wealthy companies looking to exploit this crisis.