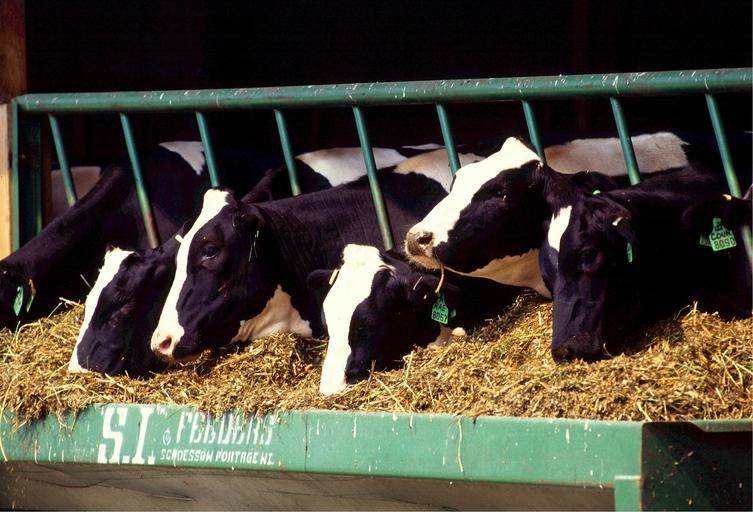 The past four months have been a roller coaster for Arizona dairy farms, as the COVID-19 pandemic dramatically changed the way some of their biggest clients did business.

The ride isn’t over yet: Arizona is a COVID-19 hotspot, meaning impacts on school and restaurant operations – and their dairy needs – remain uncertain.

Food banks find themselves overwhelmed with community demand, yet some struggle to safely store and distribute the flood of milk being donated.

And beyond Arizona’s borders, foreign dairy markets continue to evolve.

“In 46 years, I’ve never seen anything like this,” said Keith Murfield, chief executive officer of United Dairymen of Arizona.

The market value for dairy products made in Arizona exceeds $762 million and is one of the top five agricultural commodities for the state, according to the Arizona Commerce Authority.

The majority of dairy products, such as butter, cheese, sour cream and fluid milk, don’t go to grocery stores. They end up at restaurants and schools, according to Tammy Baker, general manager of Arizona Milk Producers, a nonprofit that promotes and supports the state’s dairy producers.

That demand disappeared in a matter of days after the COVID-19 pandemic hit in March, as state officials shut down spaces where large groups tend to gather to slow the spread of the virus.

Gov. Doug Ducey issued an executive order March 16 closing all K-12 schools for two weeks. He later extended the closure through the rest of the 2019-20 school year. In July, he ordered in-person school reopenings pushed back to Aug. 17.

Ducey ordered restaurants to halt dine-in service on March 19. Baker said restaurants that shifted to takeout and delivery used, at best, half the dairy they’d used before.

Farmers were stuck with thousands of gallons of milk and nowhere to send it, said Jim Boyle, manager of Casa Grande Dairy Co., which has 3,400 cows on 1,100 acres in Pinal County. The lack of demand forced farmers to limit their production, which is not an easy feat in the spring months, when cows naturally produce more milk. For nearly two weeks, Boyle said, farmers dumped thousands of gallons of milk.

“We dumped a lot of milk and by-product down digesters and lagoons, and things like that,” Murfield said.

These digesters can convert fluid milk into different products such as gas and electricity, according to Murfield.

To adjust production, some farms changed what they fed their cows, switched from milking three times a day to just two, or allowed their cows to dry up early.

In May, Arizona began easing restrictions related to the pandemic, and restaurants restarted limited dine-in service.

Little by little, restaurant demand for dairy products started coming back, Baker said, but it was still lower than normal.

Since school has been out, Arizona Milk Producers has focused on giving more dairy products to schools around the state free of charge, Baker said.

“We’ve been spending a lot of time working with school food service directors that now have summer feeding programs going and alternative programs so those kids can get the food they need,” he said.

Food banks struggle to keep up with dairy donations

Arizona Milk Producers started looking at other consumers of dairy products to give product to. One of its bigger targets: food banks, which have seen an increase in patrons and demand, according to Angie Rodgers, CEO of the Arizona Food Bank Network.

Once the economic pain of the pandemic took hold, some larger food banks that normally saw 700 or 800 people a day were seeing up to 2,000 people, Rodgers said, while smaller food banks run by churches or community centers saw at least double their demand.

“I do think that (dairy) is a valuable and wanted commodity by consumers,” she said.

Rodgers said food banks are now receiving “a significant amount” of milk and other dairy products through local farms and the federal government. But ensuring those larger quantities make it safely to everyone who needs them comes with its own set of obstacles.

“The handling, the short shelf life, how it needs to be stored at certain temperatures, how quickly it needs to be distributed is a challenge … for all food banks,” she said.

Smaller food banks, especially those in rural areas, don’t necessarily have the refrigeration capacity needed to store the influx of dairy products, she said.

To combat this problem, the Arizona Food Bank Network issued about $1.4 million in infrastructure grants to help pay for new refrigerators, electricity bills and mileage reimbursement for volunteers who will deliver the milk across the state, Rodgers said.

Some foreign demand ‘could take years’ to return

The strength of the prices will allow dairy producers to recoup some of their losses, said Murfield of United Dairymen of Arizona.

But not all of them, said Boyle, the Casa Grande farmer. Demand for foreign exports remains “very weak” in some parts of the globe, he said.

“Because of where we are located in Phoenix or Tempe, we export a lot of products to Mexico,” he said. But it’s too expensive for some Mexicans to buy Arizona products because the peso is too weak, Boyle said, adding, “That could take years to fix.”

With Arizona’s current surge in COVID-19 cases, dairy farmers are keeping an eye out for new slumps or spikes in demand. But having gone through it once, they feel more equipped to change course if needed, Boyle said.