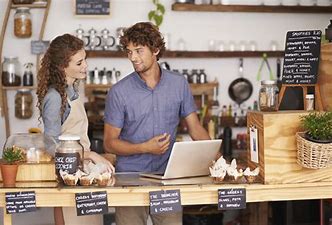 Arizona’s top tax bracket will increase 77.7% according to a summary adopted last Thursday by a legislative panel assessing the effects of the so-called “Invest in Ed” ballot initiative.

The summary approved by Legislative Council, which is comprised of state representatives and senators from each party, explains that the initiative seeks to assess a 3.5 percentage point increase on the current 4.5% tax rate on individual income exceeding $250,000 annually and married couple income exceeding $500,000 annually, resulting in an 8% tax rate on that income, a 77.7% increase over the current rate.

The summary also says that the tax increase will apply to income from small businesses that are organized as pass-through entities, like sole proprietorships and limited liability companies. Such small businesses pay their income taxes on the individual portion of the tax code, not the corporate tax code.

The Legislative Council summary will appear in a pamphlet that is prepared by the Office of the Secretary of State and mailed to voters before the fall election.

“The Legislative Council summary does a good job of explaining for voters just how dramatic a tax increase is being proposed by the tax advocates,” said Jaime Molera, the former state superintendent of public instruction who is chairing the opposition campaign committee Arizonans for Great Schools and a Strong Economy. “If this initiative makes the ballot and passes, Arizona’s top tax rate would be one of the top-10 highest in the nation. That would suppress our ability to grow our economy and would make it more difficult to continue to invest in our schools and teacher salaries. A healthy economy is what made possible the tremendous investments in our schools over the past several years, including the average statewide teacher pay increase of 20% that kicks in this school year.”

Chad Heinrich, the Arizona state director for the National Federation of Independent Business, said his organization was pleased that the Council summary makes clear that small businesses will be impacted by the tax increase.

“Voters deserve to know that Arizona small businesses are facing a huge tax increase if this measure were to pass,” Heinrich said. “The proponents do not discuss their plan’s impact on small business, but thankfully the Legislative Council summary shines a light on the 77.7% jump in the top income tax rate. A tax increase of this size is a bad idea even in a good economy, but in the middle of a pandemic when many small businesses have already closed or are hanging on by a thread, it’s incredibly irresponsible and destructive.”

In addition to the tax increase measure, the Legislative Council considered and adopted summaries of initiatives regarding the legalization of the recreational use of marijuana, criminal justice, and new regulatory mandates on the health care sector.