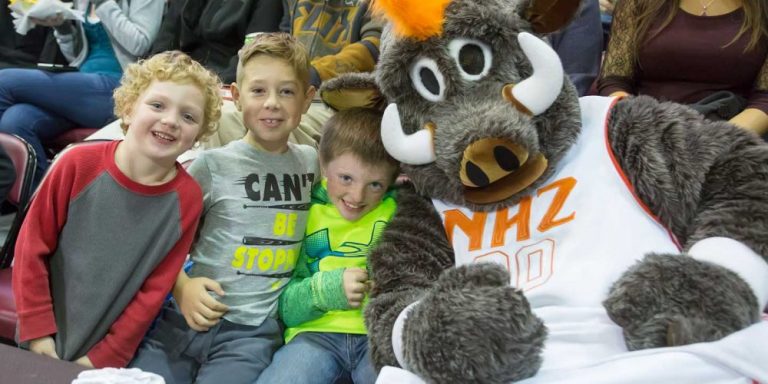 The Northern Arizona Suns leaving Prescott Valley for Phoenix is not a slam dunk after all.

Despite a Town of Prescott Valley press release July 7 that said the team would “be playing at a location, to be determined, in the Phoenix metro area” for the 2020-21 NBA G League season, the organization has not yet made a decision about moving from its current home, said Jacob Withee, the NAZ Suns’ manager of communications.

The team is still exploring its options, he said.

“It’s premature to say anything definitive, but due to the economic realities of the COVID-19 pandemic, we have begun to explore moving the Northern Arizona Suns closer to our parent club in Phoenix,” Withee said in a statement to Cronkite News.

The statement that a decision has already been made on relocating the team is inaccurate, Withee said.

“If there comes a time where we do announce that we are relocating, if it actually happens, then we’ll for sure put out a full-out release,” Withee said. “But yeah, we’re not at that point because we’re just talking about movement and considering our options.”

Prescott Valley and the Suns are not currently communicating about the issue because the Suns are “still trying to figure out a plan,” he said.

“We’re considering options of trying to move down to Phoenix to mitigate expenses due to the pandemic. But there’s not really ongoing talks at the moment regarding just because there’s no real update.”

In a Town of Prescott Valley press release, Maria Baier, the Suns senior vice president of public affairs, was quoted as saying the team would in fact move.

“Sadly, when the 2020‐21 G‐League season tips off, the team will be playing at a location, to be determined, in the Phoenix metro area, allowing us to share efficiencies and resources with the rest of the Suns organization,” Baier said in the release.

Prescott Valley Mayor Kell Palguta said in the release that the town hopes “to have a long-term tenant in place as soon as the opportunity presents itself, perhaps even another minor league hockey team.”

But Withee said the town put the release out without consulting the NAZ Suns organization.

“Whatever the town put out, that wasn’t an announcement by us by any means,” he said. “So that wasn’t in conjunction with us. That was just their own release.”

He confirmed that talks are taking place within the organization, but no decision has been reached.

“It is premature to say,” Withee said. “There are talks about us relocating to Phoenix, Phoenix area. But yeah, nothing’s finalized.”

NAZ Suns public address announcer George Werner said a potential move would disappoint him, as his relationship with the team and Prescott Valley community has grown since the G League, formerly D-League, team moved from Bakersfield, California, in 2016.

Were the Suns to leave, the fandom that has built up around the team during its years in Prescott Valley could suffer. Werner noted that as the team’s reputation grew in the area, devoted superfans began showing up to home games and became staples at Findlay Toyota Center.

He highlighted one fan named Ed, who comes to every game and whose appearance at home games developed with his fandom.

“He’d come to the game. Pretty soon he had started wearing like a helmet to games with Suns colors painted on it,” Werner said. “And I mean if they had let him bring a drum into the arena and start banging that during the games he would have done that too.”

To Werner, the emergence of fans like Ed parallelled the rise of the team’s standing in the local community.

“Guys like Ed really rose and fell with the fortunes of the team and no matter what, he just kept coming out there,” Werner said. “And I think that really shows the growth from the first season where there was a lot of uncertainty about well, you know, how permanent is this going to be?”

The team consistently engaged with the Prescott Valley community, Werner said, and former stars like Derrick Jones Jr., now on the Miami Heat, and Peter Jok returned to Findlay Toyota Center even after leaving the team and signed autographs for fans.

“It was a unique relationship. It really became this, let’s say, in some cases, the stars of the community,” Werner said. “Like Peter Jok, we used to call him Mr. Prescott Valley for all the community service appearances he made.”

Werner noted that an “electricity” permeated the building during home games, especially when a former star like Jones Jr. or NBA assignee like Tyler Ulis or Alan Williams came to town.

The Suns also reached out to the local community to bring in students for special early tipoff games and offer support for fundraising efforts.

“I think the whole Prescott area has really embraced the Suns,” Werner said. “Certainly the Chamber of Commerce, the local schools, the local governments, the mayor’s office, the whole structure of Prescott, and especially Prescott Valley made the NAZ Suns their personal badge of pride.”

With a move south to Phoenix not certain but still in question, Werner hopes the embrace the community has given the team will not go to waste, even if they have to move south for a while.

“I choose to think that because of our special relationship with Prescott, the organization’s special relationship, this will just be a bump in the road and that we’ll continue to work in Phoenix and that they’ll return to Prescott after the closing game in March or April of 2021,” Werner said.