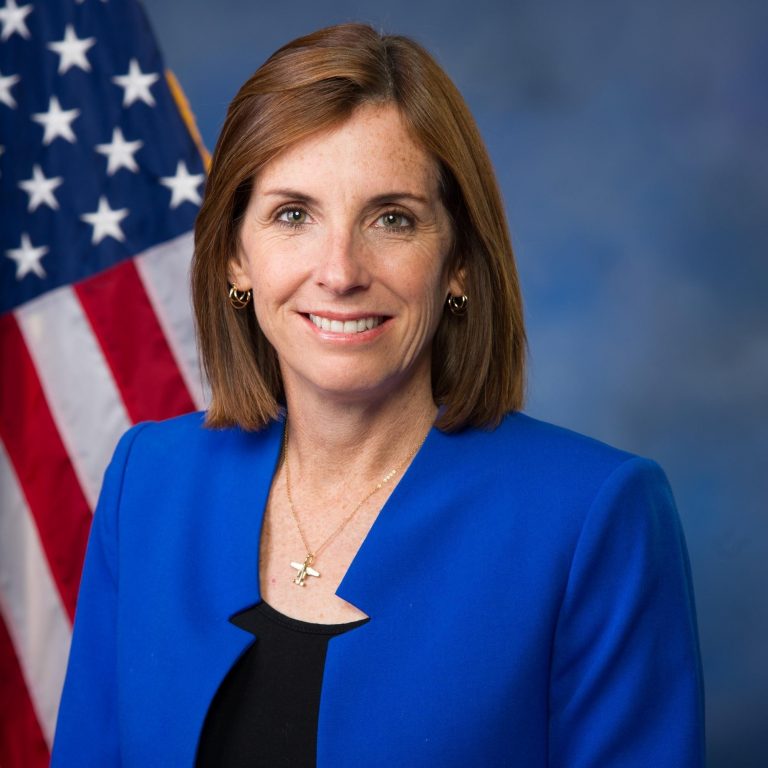 The Water-Energy Technology Demonstration and Deployment Act would leverage water-energy advancements made at the Department of Energy (DOE) by putting the latest technology in the hands of local water managers working with the Bureau of Reclamation (BoR). This bill would also establish a “Western Water Resiliency Center” designed to partner with DOE and Department of the Interior (DOI) researchers and one or more innovative research universities in the West.

McSally spoke about her bill today while chairing a U.S. Senate Committee on Energy and Natural Resources Subcommittee on Water and Power hearing on pending legislation.

“Whether it’s water reuse, recycling and desalination, better pumps, or some other technology, my bill will help get the advancements and expertise developed by DOE out of the lab and into the hands of water managers where they are needed now,” McSally said. “And doing that is a win all around – it will accelerate commercialization of technology, get a bigger bang for the buck from tax payer dollars being spent by DOE and Reclamation on these solutions, and start producing additional water supplies needed by western communities.”

“S.4288 also establishes a Western Water Resilience Center at one or more Universities in the west. As the Universities in Arizona have shown, our academic institutions can drive innovation that will not only improve water security, but will also spur greater development of a water technology industry in the U.S., which will create jobs and economic growth for our country.”

Local Support for the Water-Energy Technology Demonstration and Deployment Act:

“The Arizona agriculture community employs the most efficient water use methods to produce food and fiber on a national and global scale,” the Arizona Farm Bureau said. “Farmers and ranchers understand the critical importance of water, especially in the west, and employ every means possible to mitigate drought and conserve water. This bill is an important step towards giving Arizona and all Western states a way to continue to modernize water conservation and find new sources of water. The Arizona Farm Bureau applauds Senator McSally’s leadership in water resilience and look forward to her legislative projects to ensure the water supply in the west.”

“Every drop of water counts out West,” said Chris Udall, Executive Director of the Agribusiness & Water Council of Arizona. “Investing in and utilizing cutting edge technology has allowed the Arizona agriculture industry to reduce water use, increase crop yields and improve water quality while meeting growing needs across our arid state. We commend Senator McSally’s leadership in shaping federal water policy that works for Arizona and advancing federal legislation to leverage the state’s water expertise.”

“A western water resilience center co-funded by the agencies of Interior and Energy and in collaboration with leading American universities to engineer resiliency and security in water systems for arid environments is critical to the entire western United States and relevant across the globe,” says Arizona State University (ASU) Interim Executive Vice President and Chief Science and Technology Officer Neal Woodbury. “We expect lessons learned will inform next generation resiliency efforts for the entire country and help safeguard our utilities from potential threat. We applaud the Senator’s foresight in introducing this incredibly important bill and look forward to discussion to make sure it passes.”

“The formation of a Western Water Resilience Center provided by a robust partnership between the Departments of Interior and Energy, addresses a critical need in enhancing the long-term security and economic interests of the United States, which the University of Arizona strongly supports,” says Dr. Betsy Cantwell, Senior Vice President for Research, Innovation and Impact at U of A.  “There is a reservoir of university-led research experience in addressing water, energy, and food scarcities experienced by the western United States, and particularly the southwest. This center would provide for a unique and timely trans-disciplinary approach to integrate basic and translational research to address these issues in meaningful ways as a model for the entire world.”

The text of the bill is available HERE.