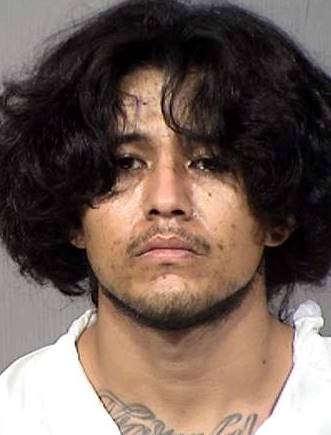 On Wednesday, July 22, 2020, at approximately 9:19 PM, the Arizona Department of Public Safety’s (AZDPS) Operational Communication Center received a call of an unknown emergency regarding an injured person on the side of the road on westbound US 60 at milepost 116.

During the course of the investigation, troopers learned of an earlier kidnapping in Phoenix involving the two victims. Additionally, troopers were notified of a possible suspect who was seen with bloody clothing a few miles away at a gas station in Wickenburg. Troopers responded to the gas station and with assistance from the Wickenburg Police Department, located the suspect and placed him into custody. After initially providing troopers with false information regarding his identity, troopers were able to identify the suspect as the victims’ uncle, Carlos Eduardo Mora, 27, of Phoenix.

The Phoenix Police Department responded to the residence and began their investigation into the kidnapping.

This remains an active investigation in conjunction with the Phoenix Police Department. Updates will be provided as they become available.

Mora was later booked into the Maricopa County Jail on charges of first-degree murder, aggravated assault, kidnapping and theft of means of transportation.